A Brief History of Credit Cards

Diners Club cards weren't the first type of credit card, but they were the first to find success on a large scale—even though their inventor wrote them off as a "fad."

Credit cards. Few items are as capable of both fixing and ruining a financial situation.

Properly using a credit card is one of the best ways to raise your credit score. By paying your bills on time and keeping your debt loads low—with balances that never exceed 30% of your credit limit—you can gradually build up better and better credit.

However, misusing a credit card by taking on more debt than you can handle and/or missing your payments will totally land your score in the tank.

But how did these polarizing plastics come to be? This is the story of how the humble credit card came to rule over so many financial transactions.

Before money, there was grain and cattle.

Loans have existed for almost as long as civilization. In ancient Egypt, Sumeria, China, India, and elsewhere, early banking systems developed based on food loans. By borrowing cattle or seeds, farmers could breed or grow additional plants or animals. They’d then be required to pay back interest on the loan they took out.

This was one of the earliest forms of credit. But you couldn’t take your cows to a movie theater and swipe them in a machine to get some popcorn. There had to be another way!

Credit continued to exist and grow as coins and paper money became the dominant form of currency, edging out cows due to their greater portability. But the classic credit card wouldn’t hit the scene until the 20th century. We take you now to post-war Brooklyn …

The Diners Club card changed everything

The first “charge” card didn’t swipe or insert. And no, it wasn’t touchless either.

“Bank issued cards came on the scene in 1946, when John Biggins, a Brooklyn bank started the ‘Charg-It’ card,” explained financial coach and author Karen Ford. “The bank would pay the stores and be responsible for collecting the debt from the card-holders.

“Biggins’ idea was implemented on a small scale—only available for residents and merchants within a few blocks of the bank, but the idea caught on quickly. Four years later, the Diners Club Card was instituted by Frank McNamara.”

And now, to learn how McNamara came up with the idea for the Diners Club Card, let lawyer and author Steve Weisman of Scamicide take you back to a restaurant in New York City in the middle of the last century:

“The evolution of the modern credit card began in 1950 with the issuance of the first Diners Club cards. Diners Club cards were the brainchild of Frank McNamara who, while out for dinner with his lawyer Ralph Schneider and his friend Alfred Bloomingdale, was embarrassed to find he had forgotten his wallet.

“A short phone call later, his wife brought him the necessary cash to pay for dinner, but the proverbial light bulb went off in his head. He came up with the idea for the Diners Club card through which businesses could offer credit to customers with Diners Club billing the customers and paying the businesses.

“This business model was the basis for Diners Club and then all credit cards. Interest was not charged on the initial Diners Club card with payment in full required each month. Schneider and Bloomingdale jointed with McNamara to form Diners Club. Diners Club made its profit from annual fees to cardholders and a surcharge to the merchants on each purchase.

“The first businesses that accepted Diners Club cards were fittingly fourteen New York restaurants.  Diners Club rapidly expanded from an initial 200 cardholders to 20,000 in the first year. Within two years, Diners Club was profitable and Frank McNamara sold his interest in the company to his friends Schneider and Bloomingdale for $200,000 because he was convinced that credit cards were merely a fad.”

As you might have guessed, McNamara was not correct!

“American Express followed the lead of Diners Club eight years later, but the credit card boom really took off when the bank credit card system operated by MasterCard and Visa (then known as BankAmericard) got into the credit card business by setting up a system by which individual banks would set up accounts with merchants and pay the stores immediately upon receiving the bill,” explained Weisman. “The customer got a monthly statement and then could either pay the bill in its entirety or pay a minimum amount with interest on the unpaid balance.”

Every good biopic needs a climactic court scene. Here comes the one for Credit Cards: The True Story. We’ll let Weisman present it:

“Another key year in the development of credit cards was 1978 when the Supreme Court ruled that credit card issuers would be able to charge their out-of-state customers the highest interest rate permitted in the bank’s home state. This enabled banks to set up shop in states like South Dakota, Nevada, or Delaware where they could charge interest rates that exceeded the usury rates in the states where their customers lived.”

That’s why credit cards became so widespread but also perilous to use if you aren’t careful. Now you understand a little more about the history in your wallet! 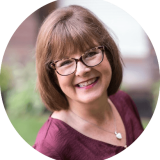 Karen Ford is a Master Financial Coach, Public Speaker, Entrepreneur, and Best- Selling Author. Her #1 Amazon Best Selling Book “Money Matters” is a discovery for many.  In “Money Matters” she provides keys to demolishing debt, shares how to budget correctly, and gives principles in wealth building. Steve Weisman is a lawyer, college professor at Bentley University and author.  He is one of the country’s leading experts in identity theft.  His most recent book is “Identity Theft Alert.”  He also writes the blog Scamicide.com (@Scamicide) where he provides daily updated information about the latest scams and identity theft schemes.