Share This
Opploans Blog Personal Finance Bail: What Are Your Options?

Bail: What Are Your Options?

Making bail while you await trial could be the difference between simply going to court and losing your job, your house, or even more.

If you’re reading this you’re either just some sort of “bail option enthusiast” or you’re in a less than ideal situation and are looking for some help. In the United States you’re technically innocent until proven guilty—but in reality, people are currently being held in prison without having been convicted of anything.

“It isn’t just ‘possible’ for somebody to be held pending trial because he or she cannot afford the bail,” warned Florida criminal defense attorney Michael Dye. “It is happening every day in most, if not all, jurisdictions. It isn’t an abstract concept.”

Yes, depressingly, our justice system has its own modern spin on debtors’ prisons. So what are your options if you can’t afford to pay your bail or the bail of a friend or family member?

“The purpose of bail is to ensure an individual’s presence at trial,” explained Dye. “Nothing more, nothing less. There is a presumption of non-monetary release unless the defendant is being held for a ‘dangerous crime.’ Dangerous crime is defined by statute.

“There are certain criminal charges that come with a ‘preset’ bond. It is known as a ‘courtesy bond.’ For example, in Broward County, the bond on a first DUI with no accident and no aggravating factors is $500. Once you are arrested and booked, you can pay the $500 and be released before even seeing a judge.”

Ask for a lesser amount.

Judges tend to have a decent amount of leeway when it comes to setting bail. You may end up stuck with a strict judge, but it doesn’t hurt to ask.

Try to get a signature bond.

You may be able to get a judge to agree to let you avoid jail before trial without paying bail entirely. It might not be likely, but why not give it a try?

“Bail is basically an assurance to the judge that you’ll show up for your court dates,” reiterated New Orleans criminal defense attorney Lance J. Robinson. “If you and your attorney sit down with the judge and convince them that you will, without a doubt, show up to your court dates and that you’re not a threat to yourself or the community, you can be granted a signature bond. This bond is granted by the judge and will require no payment, although it is arguably the most difficult to attain.”

Get a regular bond.

Bail bonds are loans that are used to pay bail. However, much like any other loan, if you don’t have good credit or know someone who does and will be able to sign off for you, it might be difficult to get a bond.

“I operate in the bail bonds industry where we help individuals bail out their loved ones,” recounted Adi Dzebic, owner of Bail Bonds Network. “Many come to us looking for bail or a loan and hope to avoid a credit check. Some of our bail bondsmen offer bonds with no credit checks as an incentive to drive business, but it definitely presents risks.

“As bondsmen, we definitely want to protect ourselves in cases where we offer a bailout without a credit check. This means extra rules for the person being released from jail such as drug testing, frequent check-ins at our office, an ankle monitoring device, and other measures to ensure the person doesn’t skip bail (e.g. run off without attending their court cases).

“All in all, yes, we sometimes offer no credit check loans but we often try to cover ourselves to account for this extra risk.”

See if you can put up collateral.

In addition to the aforementioned terms a bondsman could put on you, you might be able to put up collateral if you can’t get a bond otherwise.

“Most states will also allow you, a friend, or family member to put up property as collateral,” offered Dzebic. “Obtaining a bail emergency loan is sometimes not possible since lenders deny high-risk, low income individuals especially if you don’t have a job or any money saved up. Bail bond lenders simply can’t take the risk if you appear like you can’t make your payments.

“Having someone in your circle with property or other assets can help. If you don’t have a person that will vouch for you financially, you may want to explore pawning off any valuables or obtaining a loan using your car title or other assets.”

See what your lawyer can work out.

Yes, there are public defenders for those who can’t afford attorneys, but their offices tend to be understaffed and underfunded, leading to one defender loaded down with more clients than they can provide a robust defense for.

But to whatever extent you have access to an attorney, you can tell them about your situation and they can advocate on your behalf.

“I’m a criminal defense attorney and criminal justice professor, as well as a former prosecutor,” recounted Matt Pinsker who teaches law at Virginia Commonwealth University (@VCUWilderSchool). “When I have a client who cannot afford a bond, I schedule a bond hearing to get in front of a judge to (among other things) ask that the amount of money for bond be released or an alternative to a cash bond.

“Alternatives to a cash bond include more supervision while released, release to a third party custodian, house arrest with monitoring, GPS bracelet.

“If there are no circumstances where a judge will set a bond or other conditions for release that my client can do, I try to advance the court date to get the matter adjudicated as soon as possible, or strike a plea agreement with the prosecutor to get the case closed.

“With the latter option, it is a strong case for reforming our bond system because there is the danger that persons who are innocent will plead guilty to charges that are ultimately beatable so that they can be released.”

If you have nowhere else to turn, you may be able to use a charitable bail fund. Or try and reach out to charitable people in your extended social circle.

“We recommend looking at bail funds to sponsor you and cover your 10% bail bond fee at no charge,” began Dzebic, “but charitable bail funds are limited to certain states, although more are introduced on a regular basis.

“Another option is to borrow money from friends and family unless you are ready to enter into high-interest loans. Many states are now lowering the bail amount set for those in low income households to prevent discrimination and unfair challenges.”

Unfortunately, whether or not you can pay bail can have impacts even beyond whether you spend the time until your trial in jail. As Pinsker alluded to, even if someone has not actually committed a crime, they may feel pushed into pleading guilty if it means they won’t have to sit in a cell.

“The issue for the consumer who is locked up in jail and can’t find the money for a bail out,” laid out Dzebic, “is 90% are likely to plead guilty vs only 40 percent pleading guilty if they can afford a loan to get out. Without financing for a bail bond, people spend 15 days on average in jail. That’s enough time to be expelled from school or lose your job.

“It’s an unfair disadvantage for people to not have the financial options to release their loved one from jail. Most lenders will require you to have a job, bank account, and be at least 21 years of age for a loan.”

Many activists are pushing to make the system better, and they’ve been making some progress. In the meantime, however, we hope this advice can help you or a friend or relative if it’s ever needed. Though we hope it’s not needed!

To learn more planning for less-than-ideal scenarios, check out these related posts and articles from OppLoans: 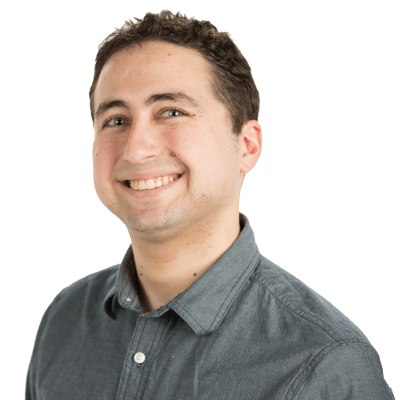