Opploans Blog Building Credit Credit Scores Did Your Bad Credit Score Just Go Up? Here’s Why.
Updated on: May 11, 2020

Did Your Bad Credit Score Just Go Up? Here’s Why.

New rules from the three major credit bureaus mean rising scores for millions of US consumers.

If you’ve got bad credit, then you know perfectly well how powerful a credit score can be.

Credit scores determines what kinds of loans, credit cards, and interest rates you qualify for, and they can affect where you live and work, as some landlords and employers check your credit before offering you a job or apartment.

Having bad credit means that you are shut out from financial opportunity, from affordable loans and interest rates, from credit card rewards and from owning your own home. It feels like no matter what you do, your score is never going to get any better.

Well, guess what? There’s a good chance that your credit score is going up.

Recent changes announced by the three major credit bureaus—Experian, TransUnion, and Equifax—will lead to millions of debts and liens dropping off people’s credit reports–causing their scores to rise.

According to Howard Dvorkin, CPA and Chairman of Debt.com, “These changes are some of the best financial news for average Americans in quite some time.”

“This is the best news that most folks don’t really understand,” says Dvorkin. “The Big Three credit bureaus—Equifax, Experian, and TransUnion—have a big say over your life. They create credit reports on you that affect your mortgages, auto loan, and maybe even your rent.”

Got that? Okay. Here’s what you need to know.

One of the major changes that’s occurring is to how the credit bureaus enforce their rules regarding public records—a major source of financial information.

According to nationally recognized credit expert Jeanne Kelly, “The credit bureaus have to verify four points of consumer data in order to use a tax lien or judgment as part of a consumer’s credit score. If 3 of the 4 points don’t match up, they cannot use the negative item as part of your credit scoring.”

“They are now required to correctly have: 1. Name; 2. Address; 3. Social Security Number; 4. Birthdate. If they can not verify it will be removed from your report and you will see a score increase.”

Kelly adds, “If the item was entered years ago you won’t get as much of an increase as if it was recent… If it is still due, you want to still resolve.”

“Starting this month, if you have civil judgments or tax liens, they’ll be removed from your credit report,” says Dvorkin. “Moving forward, those two things will need to be updated every 90 days, which means if you settle those, they’ll get updated much faster.”

And those aren’t the only changes.

“Starting in mid-September, the credit bureaus will wait 180 days before including medical debt on their reports,” says Dvorkin. “This is a big deal because, in six months, you might be able to pay off or negotiate payment for expensive medical procedures, as well as dispute those charges with your insurance company.”

“Even better,” he adds, “those credit bureaus will delete medical debt from your reports when your insurer pays it off. So it’ll be like it never existed. The government says 15 million Americans have only one black mark on their credit report, and it’s medical debt. This will definitely help them.”

“The credit bureau changes are fantastic news for all consumers,” says attorney, author, and advocate, Alexis Moore. “It’s one less piece of data that the credit bureaus can store and furnish which is great news, since the majority of Americans today experience inaccurate data on their credit report and never get it completely resolved even with litigation.”

“I know,” says Moore, “I was one of the persons victimized by inaccurate data. And even with litigation, there are still errors that remain and continue to be at issue for which I have to litigate again and again.”

Why are these changes happening?

These changes have been a long time coming. Consumer and government advocates have been pushing for years for the credit bureaus to be more accurate with the data they included on people’s reports.

Simply put: too many people were ending up with inaccurate information on their reports, needlessly damaging their credit.

“Inaccurate data being furnished became too common in this area, so the public officials finally got busy and said no more,” says Moore, adding that this is “exactly what needs to happen in other areas of the data that they store – way too many pieces of information are inaccurately stored and furnished by these agencies, jeopardizing consumers financially—which in turn wreaks havoc on their lives in all ways from employment, housing, insurance, credit lines you name it.”

“The credit bureaus control it and we need them to store and furnish less data.”

How will your score be affected?

It depends. Your score might not be affected at all if you don’t have any tax liens, civil judgments, or medical debt on your report.

But if you do…

According to Dvorkin, “All this can mean you might gain 10 to 20 points on your credit score.”

“That may not sound like a lot when those scores go up to 850,” he says, pointing out that, “in fact, it won’t make the difference between getting a low mortgage interest rate or a steep one.”

“But any move upward is the right direction,” he adds, “and depending on how it all shakes out, millions of Americans might benefit.”

Moore says that some of the clients she works with have seen even larger bumps:

“My clients have experienced 24-35 points since this change, getting better car loans and mortgages because of it—a win-win for consumers!

And consumers aren’t the only ones who will be seeing benefits. A rise in credit scores means a rise in qualified applicants for lenders nationwide.

“The lenders are loving it,” says Moore. “They can offer mortgages to clients that they perhaps couldn’t—so another way for them to cash in, especially in northern California where my office is located. There is a housing shortage here and lenders are more than happy to lend more money and be able to help more consumers than they otherwise would not have been.”

What that means for you is simple: be careful. There are lots of sketchy lenders out there who would be happy to sign you up for a mortgage, car, or personal loan that you actually can’t afford!

After all, your credit score just went up. The last thing you need is for a bad credit loan from a predatory lender to send it back down again. Howard S. Dvorkin (@HowardDvorkin) is a two-time author, personal finance expert, community service champion and Chairman of Debt.com. As one of the most highly regarded debt and credit expert in the United States and has played an instrumental role in drafting both State and Federal Legislation. Howard’s latest book “Power Up: Taking Charge of Your Financial Destiny” provides consumers with the detailed tools that they need to live debt free and regain their financial freedom. Howard has appeared as a finance expert on CBS Nightly News, ABC World News Tonight, The Early Show, Fox News, and CNN. 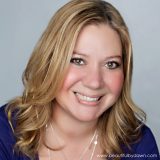 Jeanne Kelly (@creditscoop) After being turned down for a mortgage 15 years ago, Jeanne Kelly realized she needed to get her credit in order. Not only was she able to fix her bad credit, but she took the skills and knowledge she gained and decided to share it with the world. Now she’s a nationally regarded credit coach and expert, with multiple books and television appearances. Follow her on Twitter and check out her site to get the credit help you need!

Alexis Moore is an Attorney, Author and Advocate in El Dorado Hills, CA.  Part of her law practice is devoted to providing clients legal advocacy who have inaccurate data on their credit reports or that are experiencing debt collector abuse.  She also serves as a Risk Management Consultant worldwide for clients who are experiencing cyberabuse and stalking. Her upcoming book;  Surviving a Cyberstalker: How to Prevent and Survive Cyberabuse and Stalking is due out September 1, 2017.

Do You Still Need to Manage Your Credit Score as a Senior?

How Will Moving Countries Impact Your Credit Score?