Opploans Blog Budgeting Financial Planning Taxes Here’s Why Your Tax Refund Might Be Smaller This Year
Updated on: April 30, 2020

Here's Why Your Tax Refund Might Be Smaller This Year

Remember when the Tax Cuts and Jobs Act was passed and then you saw a bump in your take-home pay? Yeah, about that ...

You might have heard recently about how folks are filing their tax returns and discovering that their refunds are … a lot smaller than they were expecting. For people who were planning a sizeable tax refund to cover a big purchase or paper over a financial shortfall, this unpleasant surprise has made them pretty upset.

“If your tax situation had remained the same from one year to the next, and you didn’t change jobs or anything, you may have been able to run some numbers in your head—just a little basic math is better than nothing—and based on this mental calculus you may have had some estimated guess of what your refund would look like,” said CPA Logan Allec who owns the personal finance website Money Done Right.

But this year, things are a little bit different, thanks to the Trump administration’s Tax Cuts and Jobs Act of 2017. “The Tax Cuts and Jobs Act might be causing some taxpayers to have lower tax refunds this year,” said Josh Zimmelman, owner of Westwood Tax and Consulting. “In fact, according to an IRS report of cumulative filing season statistics for 2019, the average tax refund this year (so far) is over 8% lower than this time last year.”

So if you were counting on a giant tax return this year, you might want to temper your expectations and start making other plans. Here’s what happened …

Remember when the Tax Cuts and Jobs Act went into effect last year and you saw a little bit more money in your paycheck? If you’re looking for where your refund went … there it is.

“For a lot of taxpayers, the smaller tax refund doesn’t mean they’re actually paying more in taxes this year. It just means that they saw the benefits of the tax act during the year, through larger monthly paychecks,” said Zimmelman.

“The tax withholding tables were adjusted under the new tax act, but not everyone adjusted their withholding appropriately. Many people weren’t withholding enough during the year so they’re left with a smaller tax refund come tax season (or worse, no tax refund at all).”

When you get a tax refund, it’s because your paycheck withholdings exceeded the amount that you actually owed. When that adjustment was made after the Tax Cuts and Jobs Act, many of those surplus withholdings went away. Hence, why people are seeing smaller refunds.

Some tax deductions were deducted from the tax code.

In order to partially compensate for lower tax rates, the Tax Cuts and Jobs Act also eliminated a number of tax deductions that people used to lower their taxable income and increase their refunds.

“Some taxpayers might have a higher tax liability this year due to the elimination of some of common tax deductions under the new plan,” said Zimmelman. “For example, the deductions for alimony and moving expenses have been eliminated.”

“Unless you’ve run the numbers, it’s tough to say whether or not the changes will increase your tax liability or decrease it,” said Allec. Depending on your financial situation, could even see your refund increase! Allec offered the following example:

“So while you may have lost the ability to deduct all of your state, local, and property taxes, it may be more beneficial to you to take the increased standard deduction anyway.”

One of the bigger changes that have gone through could end up benefiting you or dinging you. Either way, you’ll have to make choice and understand your options. From Allec:

“While the Tax Cuts and Jobs Act took away the personal exemptions that you would usually get from claiming yourself, your spouse, and your children and other dependents—previously worth a $4,050 reduction in taxable income per person—it beefed up the Child Tax Credit from a maximum of $1,000 to $2,000 and greatly increased the number of people eligible to take the credit.”

“So while you can’t take a $4,050 deduction for your child anymore, you may be able to take an additional $1,000 tax credit for them.  Which is more valuable to you? You have to run the numbers, remembering that a deduction merely reduces your taxable income, while a credit is a dollar-for-dollar reduction in tax liability.”

Want a bigger refund next year?

Getting extra money all throughout the year certainly has its benefits, but so does receiving that money in a single lump sum. And when it comes to deductions, sometimes you simply have to know what you can and can’t write off.

If you’re looking to secure a big refund next year after a disappointing 2019, here are three recommendations from Allec:

So you were expecting a big refund?

If you were counting on a tax refund to cover up a financial shortfall, don’t worry. First, try to slow down and not panic.

Next, start looking for ways that you can trim down your spending and increase your income. “Start small,” offered Allec. “Turn out lights and electronics when not using them, look for weekly mailers with coupons in them, and maybe pick up a book rather than going to the movies.

“In addition to trimming their budget when possible, people should also consider ways to make some money on the side.  This doesn’t have to be formal employment; simply mowing lawns on weekends could bring in an extra few hundred dollars this month.” 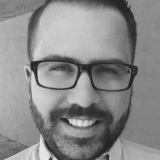 Logan Allec (@moneydoneright) is a CPA and owner of the personal finance website Money Done Right.  After spending his twenties grinding it out in the corporate world and paying off over $35,000 in student loans, he dropped everything and launched Money Done Right in 2017.  His mission is to help everybody – from college students to retirees – make, save, and invest more money.  Logan resides in the Los Angeles area with his wife Caroline. 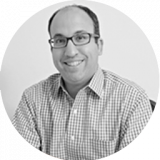 A forward-thinking entrepreneur and passionate family man, Josh Zimmelman graduated from Yeshiva University in 2003 with a degree in accounting. After learning the ropes and excelling at several large firms, Josh took the leap to launch his own firm in 2010. In just a few years, Westwood Tax and Consulting (@westwoodtax) has become a booming full-service accounting firm that demystifies the perplexing world of taxes for individuals and small businesses.  It is his goal to make taxes not only bearable, but even a little bit fun for his clients.  Always excited to share his tax knowledge, Josh has been quoted in the Wall Street Journal, Newsday, USA Today, The Huffington Post, and US News & World Report.

Dealing With an Unexpected Tax Bill

How Can an Average Joe (or Jane) Reduce Their Tax Burden?