Rocky Mountain High-Waisted Pants: What Are the Best States for Retirement?

There are great, affordable states to spend your retirement in beside Florida, you know. But if we're being perfectly honest, Florida is still one of the best.

Well, okay, there’s pretty much just Florida. While it may be a haven for scams, it’s also warm and filled with tax incentives that can benefit the elderly. But is it the best place to retire? Or are there states you may not have even considered retiring to?

After all, there are 50 of them! And presumably, they each have some pros and cons when it comes to retirement. So which states rise to the top of the retirement crop?

You say potato, we say poh-tah-to. You say Idaho, we say it’s apparently a pretty good place to retire.

Or at least Haven Life Insurance found that it was in a study they conducted looking into this very questions. Idaho was ranked number one!

Here’s what their marketing director, Brittney Burgett, wrote about it:

“Idaho is known for more than just potatoes. This Midwestern state is home to lakes, hot springs, and more than four million acres of wilderness. Idaho also supplies the majority of the nation’s trout from its more than 100,000 miles of rivers.

“The overall cost of goods and service in Idaho is seven percent below the national average, but rents are over 30 percent lower. Nampa, the second most populous city in Idaho, is located just outside of the state capital of Boise and is receiving the greatest influx of retirees of any city in the state.”

And that wasn’t the only Idaho recommendation we received.

“Idaho also tops the charts on great places to retire,” advised Holly Peterson, owner of Elite Retirement Strategies. “The cost of living is very good and the people are genuine, I would know as I live there myself. The crime rate is incredibly low as well.

“The state parks and mountain vistas are something to look forward to seeing. Although there is something to be said about sunshine all the time, there is beauty in having all four seasons.”

Keeping around that region of the country, we move next to…

Sorry, North Dakota! Although you were ranked a respectable fourth in the Haven Life Insurance report, your southern neighbor beat you by two spots, taking number two. Maybe Mt. Rushmore tipped the scales.

Actually, everyone we spoke to put South Dakota on their retirement map.

“While South Dakota may not be the first state that comes to mind when considering your retirement years,” began Sophie Kaemmerle, communications manager for NeighborWho, “there are so many positives that it may be time to rethink your options!  Affordability is key when it comes to South Dakota from low living cost, low health care rates and taxes for retirees. Go check out Aberdeen, Yankton, Billings, Sioux Falls, Tea, and Madison.”

And here’s what Peterson had to say: “South Dakota is a great option when it comes to retirement. The number one draw to South Dakota is affordability, as the cost of living is lower than average. Quality health care choices and taxes are other big factors that make South Dakota an attractive choice. There are plenty of activities to do as well!”

Timothy G. Wiedman, a retired professor of Management & Human Resources at Doane University, gave us the stats: “The cost of living in Rapid City is 1.1% above the national average; but compared to living in most states on either coast, that’s a relative bargain. Further, neither the state of South Dakota nor any of its cities levy an income tax; and there are no personal property taxes nor inheritance taxes, either. The combined sales tax rate (state, city, and county) for Rapid City is 6.5%, and the Tax Foundation recently ranked South Dakota’s overall tax burden as the 2nd best in the nation.

“So all in all, for seniors who enjoy the great outdoors, want to avoid traffic congestion, appreciate breathing fresh air all year long, and want a favorable tax treatment during their retirement years, western South Dakota might be worth serious consideration.”

Do you want to retire to a state with the refreshing briskness of the Rocky Mountains? Well, there may be a couple appealing options.

“If you enjoy picturesque canyons, low crime, golf and the great outdoors, Utah is a near perfect place to retire,” suggested Peterson. “In southern Utah, you have all the golf and leisure activities you could want. While there is an average of three inches of snow per year, you will not have to deal with extreme weather.”

And then with just a little shimmy to the east…

“While Colorado may not be the most affordable state to retire in, it has so many other attributes that appeal to retirees that it has become a front-runner in top states to retire in,” explained Kaemmerle. “Colorado boasts a temperate climate with four seasons and 300 days of sunshine each year, even in winter, which makes it perfect for active retirees.

“The state’s income tax rate of 4.63% is one of the nation’s lowest. The state offers a great lifestyle and plenty of amenities, several airports, and an always beautiful backdrop of mountains. A few great cities in Colorado to look at are Durango, Grand Junction, Colorado Springs, Fort Collins, and Boulder.”

But we just couldn’t… retire… this post without mentioning one last state again.

“One of the best states overall for retirees is Florida, of course,” Kaemmerle assured us. “From the cost of living to climate and health care to proximity to airports with daily flights, Florida can check off many of the factors most older Americans need when deciding where to retire.

“Florida also caters to people in this stage of their life with communities dedicated to the retirement sector. Top cities in Florida to check out are Hialeah, Cape Coral, Fort Lauderdale, Port St. Lucia, and Pembroke Pines.”

And Peterson agreed: “With all that said, Florida has long been a popular retirement destination. It is affordable. The cost of living in many parts of Florida are the lowest in the nation. With temperatures ranging on average between 61 and 86 degrees, the climate is appealing.

“There is a diverse range of entertainment options available as well as many senior communities that have activities. Taxes are another reason to hang your hat in Florida. There is no state income tax, no inheritance tax, and no estate tax. But with all the storms there, it has been outranked.”

Whether it’s sun, snow, or low taxes you’re after, there’s probably a state that’s right for you. Hopefully, you’ve got some retirement savings! 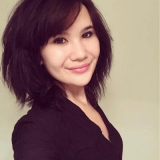 Sophie Kaemmerle is Communications Manager for NeighborWho (@UseNeighborWho). NeighborWho’s mission is simply to help you better understand your neighborhood. Learn about your neighbors, the houses on your street, current and past owners, access property reports and lookup public records. Public records are aggregated to compile in-depth reports on properties & people—NeighborWho provides a wealth of information at your fingertips. 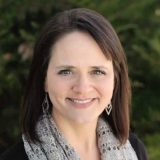 Holly Peterson is the owner of Elite Retirement Strategies in Twin Falls, Idaho. 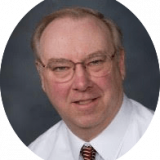 After 13 years as a successful operations manager working at two different ‘Fortune 1000’ companies, Dr. Timothy G. Wiedman spent the next 28 years in academia teaching college courses in business, management, human resources, and retirement planning.  Dr. Wiedman recently took an early retirement from Doane University, is a member of the Human Resources Group of West Michigan and continues to do annual volunteer work for the SHRM Foundation. He holds two graduate degrees in business and has completed multiple professional certifications.

A Beginner’s Guide to Budgeting

8 Handy Tips for Road Tripping on the Cheap