Opploans Blog Budgeting The Broke Person’s Guide to Thanksgiving
Updated on: May 4, 2020

The Broke Person's Guide to Thanksgiving

Thanksgiving can feel like a time that you need to go all out, but don't let the "gobble gobble" of a pricey turkey dinner gobble up your savings!

With the end of Halloween, Christmas is here once more! Or so the mainstream media wants you to believe! But here at the OppLoans Financial Sense blog, we know that there’s a holiday after Halloween and before Christmas that deserves its due!

Whatever you call it, it’s a time to get together with family to watch a parade, toss the football around, and eat until you’re physically incapable of eating anymore. But whether you’re traveling or whether you’re hosting, it can get very expensive.

That’s why we spoke to the experts to get you these savings tips so the only turkey this year will be the one on the plate!

If you’re hosting Thanksgiving dinner, you could be doing a lot of shopping. But with some shopping strategies, you can bring your costs down significantly.

“Don’t be so focused on fresh items as they’ll be priced higher during the holidays,” advised Claudia Sidoti, Head Chef at HelloFresh. “Stocks, canned soups, and vegetables are often on sale this time of year and can be used in dishes for several months following Thanksgiving.

“Consider buying ‘out-of-the-box’ items like corn and potatoes as they’re easy on a budget. Try picking up a grocery store turkey, which will cost much less, and can even be bought early and stored in the freezer to save even more.”

You can also use the time-tested strategy of buying a lot of stuff at once.

“Not to mention, who doesn’t love Thanksgiving leftovers? You will probably be able to eat those leftovers for many days after. So go grocery shopping at places like Costco to get more for your money.”

“Most grocery stores have sales for Thanksgiving,” Raimondi told us. They want you to make your food purchases there. All the popular items like corn, mashed potatoes, vegetables, and stuffing will be on sale somewhere.

“You may even get a coupon circular in the mail as I do. If you’re really lucky, certain grocery stores offer a free turkey if you earn enough points during the year at their store.”

Much like in the (admittedly apocryphal) accounts of the original Thanksgiving, the meal is better if everyone brings something to the table.

“I give specific things like bring two pumpkin pies, or bring rolls and a salad. For those who don’t want to cook, suggest bringing butter, wine, salad or festive paper plates to make your clean up fast and easy.

“If you have a family of people coming that lives close by, ask if they would mind picking up the turkey. Even at $20, for a family of four, that’s just five dollars each—a small contribution.”

Narrow down the menu.

Instead of making everything you can and wasting time and money on food that might not actually be eaten, you can make your guests put their mouth where their mouth is via the magic of democracy.

“They each vote on two. This year, we’re having sweet potatoes and potato filling. That’s less work and less expense than having all of the side dishes. Few like salad or soup on Thanksgiving, so I no longer make that.”

Whether you enjoy drinking—or just need it to get through dinner with some of your more difficult relatives—there are ways to save on Thanksgiving thirst time.

“I am a huge fan of doing big batch cocktails,” Sidoti told us. “This way, you avoid buying a ton of different types of alcohol and mixers which can really add up!

“Try something simple and classic like cranberry juice and vodka. Keep it cold in pitchers in the fridge before serving and use a giant punch bowl with plenty of ice! Try boxed wine! It’s much cheaper than bottled wine and good for the environment.”

Just (get creative with) desserts.

Thanksgiving dessert. Because you need something else to eat after you’ve already eaten so much you can’t possibly eat anymore. Probably something sweet!

“Making your own pie crust is much cheaper than buying it frozen or prepared,” advised Sidoti. “Use leftover Halloween candy to bake fun desserts or swap store-bought chocolate chips for the candy shavings. Chop finely and you get a mix in for some of your favorite cookie recipes!”

Fly me to the food, let me play among the carbs.

If you’re the guest, rather than the host, and you need to travel to get to the meal, you’re probably dreading the holiday travel costs. But putting off booking your trip is only going to make it worse.

Tracy Julien, VP of Marketing for GuidedChoice, offered this advice: “With Thanksgiving being a month away, this tip might not help for this year, but hopefully it can be of use for the future.

“Thanksgiving week is one of the most traveled weeks of the year so getting ahead of the hustle and bustle can save you time and money. Traveling during this time of year will always be more expensive but if you have plans, start looking months in advance. Waiting till the last minute can burn a huge hole in your wallet.

“The next tip is not for everyone but can still save you. Taking early or late flights will be cheaper. If you are willing to sacrifice some sleep, go for these early flights. Early flights are cheaper, and they likely give a full first day at your destination!

“Plan your holiday travel and you’ll thank yourself later. The less stress during these crazy times, the better!”

If you thought the Macy’s Parade was neat, just wait till you see the parade they’ll throw you for being such a great Thanksgiving saver. Maybe you’ll even get to ride the Garfield balloon!

Tracy Julien is VP of Marketing for GuidedChoice (@GuidedChoice), a leader in retirement investment planning and managed IRAs. Tracy received her Bachelor’s degree from Ohio University in 2000 and her MBA in Marketing Management from DePaul University in 2006. She has over 15 years of experience working for brands like FTD, the Blue Cross, and Unilever.

Amanda Raimondi and is a financial expert and writer for Kiwi Searches (@kiwisearches). 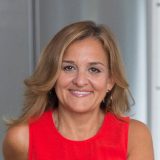 Claudia Sidoti, Head Chef and Head of Recipe Development at HelloFresh (@HelloFresh), brings more than thirty years of experience to the HelloFresh kitchen, most recently hailing from Food Network, where for over eight years she served as Test Kitchen Director, leading culinary content and contributing more than 3,000 recipes to Food Network Magazine. She began her career at 19 as chef and restaurateur in New York City, spending eight years in the kitchen at Onini restaurant before shifting gears and food styling for television commercials, editorial, and ad campaigns. She later launched catering company Beauty & the Feast, along with Urban Market, an international specialty food shop that featured authentic dishes inspired by her multicultural family. At HelloFresh, she focuses on expanding and honing the robust database of delicious, easy-to-follow recipes for home cooks, which currently houses more than 1,000 unique recipes. 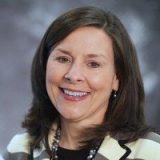 Holly Wolf is an executive with over 30 years experience in banking and healthcare.

20 Tips for an Amazing Thanksgiving on a Budget