Opploans Blog Loans What is an Overdraft Line of Credit?
Updated on: May 26, 2020

What is an Overdraft Line of Credit?

Don't let overdrafts happen to you.

Getting charged money for not having money doesn’t seem particularly fair, and yet it happens all the time. Normally this occurs in less straightforward ways, like how having more money allows you to buy durable goods, whereas if you can only afford cheaper goods, you have to continuously pay to replace them.

But it can also happen directly. For example, in the form of overdraft fees that you have to pay if you withdraw from your account when there is no longer any money in it. If you’re unaware you have overdrawn your account, you might even face multiple overdraft fees in a row.

Thankfully, there are protections available to help salvage your overdrawn bank account. One of those protections is an overdraft line of credit.

What is an overdraft line of credit?

An overdraft line of credit is similar to a credit card or revolving line of credit, however you may not necessarily be able to use it repeatedly and it’s only accessed when you overdraft your account.

“An overdraft line of credit is a loan attached to your account for protection from overspending,” explained Jared Weitz, CEO and founder of United Capital Source Inc. “If you overdraw and run out of funds in your checking account, the line of credit can cover expenses to ensure you don’t bounce checks or have a declined card transaction. Overdraft lines of credit are traditionally less expensive than an overdraft fee; however, there are other options you can pursue to protect yourself from overdrawing on your checking account.”

But having an overdraft line of credit doesn’t mean you can totally disregard your current bank total.

How to get an overdraft line of credit

So if this overdraft line of credit business sounds appealing, you may be wondering how you can go about getting one. Well, first you have to have a bank account—and the specifics may somewhat vary depending on which bank houses your account. Additionally, as with any loan, there are certain standards experts say you have to meet:

“Each bank has different requirements to qualify for an overdraft line of credit,” Weitz said, “but typically you need to have all accounts in good standing without any past-due loan payments or account restrictions.”

Additionally, said Michelle Beal, operations manager for Central Bank Utah, “Since the overdraft line of credit is a small loan, customers have to complete a credit application.”

What happens if I’m approved for a line of credit?

If approved for an overdraft line of credit, Beal said, a certain amount of money will become available to the customer. “The overdraft line of credit is tied to their checking account statement so they have a monthly history,” she explained. “If funds are advanced, they will have a certain percentage of the outstanding balance or a minimum fixed amount due each month. They can either make a payment or let the system automatically debit it on the due date.”

Now let’s answer the most important question of all.

Is it a good idea to apply for an overdraft line of credit?

“Personally, as someone who has every dollar in savings or paying off debt, this is a great resource so you don’t have to worry about having a ‘checking account cushion,’” said Josh Hastings, founder of Money Life Wax. In fact, he actually uses an overdraft line of credit himself. “The line of credit is similar to a credit card in that the amount that is on the line gets assessed an interest rate,” he said. “However, in many cases, the amount is minimal compared to interest on a credit card.”

That’s a pretty strong recommendation! But what’s that you say? You want another?

“I think it’s a great idea to get an overdraft line of credit, and it’s really easy to obtain,” Beal said. “It doesn’t cost you anything and if you don’t ever have to advance on it, you never have anything to pay back. Like insurance, it’s nice having the security of knowing that if you miscalculate your funds, you are covered. Plus the applicant can apply for whatever limit they desire.”

However, it’s important to remember the approved limit will depend on your income and credit history. “As with any loan, applicants can improve their odds of being approved by having good credit or cleaning up bad credit,” Beal said. “Honestly, I’ve seen overdraft lines of credit approved for only US$100 on some customers with questionable credit.”

If you can qualify for it, an overdraft line of credit seems like a pretty reasonable choice to pursue. If you don’t quality, here are several other tips you may want to try to help save you from banking fees. Better safe than sorry, after all.

Michelle Beal is the Office Operations Manager at Central Bank Utah. She has worked in banking for more than 30 years in positions such as teller, customer service representative, training director, and office operations manager. She graduated from Brigham Young University and enjoys being outdoors, scuba diving, and reading mystery novels. 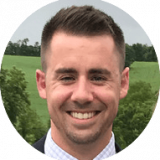 Josh Hastings is a former high school athletic director at the secondary level who shifted his focus in 2016 to focus more effort on his entrepreneur endeavors. In 2017 he founded MoneyLifeWax.com (@moneylifewax), a personal finance site dedicated to helping millennials with student loans. With an emphasis on money and finance behavior, Josh started Money Life Wax to help millennials realize there are other ways to make money and be happy in the 21st century. 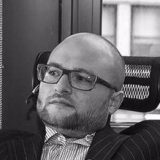 Jared Weitz (@jaredweitz) has been in the financial services industry for over 10 years. Due to his extensive work experience and deep network of close financial relationships, he handles a multitude of different finance options for his clients and contacts. Over the years, he has held positions in some of the largest business financing companies in the U.S. Some of his roles have been: underwriter, director of business development, managing partner and currently, CEO of United Capital Source, LLC.

How Does a Cash Advance on Your Credit Card Work?