Opploans Blog Building Credit Credit Scores What is VantageScore?
Updated on: May 27, 2020

You might think that your FICO score is the only credit score out there—but you'd be wrong!

There are so many scores to keep track of these days! Sure, the Super Bowl score was low enough to keep track of without any trouble, but that’s far from the only score out there. You have baseball scores, basketball scores, and, perhaps most importantly, your credit score.

But now there’s a new score on the block. Well, if twelve-years-old is new. It’s called your VantageScore.

So what exactly is this score, and do you have to worry about it? We spoke to the experts to find out!

As we’ve explained before, lenders used to determine whether someone was credit-worthy on a very personal basis. If you wanted a personal loan from the town banker, you might have to get recommendations from other trustworthy individuals in said town.

As banks and other lenders became national enterprises, it was less practical to check in with a potential client’s neighbors to find out if they returned the tools they borrowed in a timely manner.

That all changed in 1956 when mathematician Earl Isaac joined engineer Bill Fair to create Fair, Isaac, and Company. This new company began collecting financial information to create a standard credit scoring system that banks could reference when making their decisions.

FICO continued to develop their credit scoring methods and in 1989, they introduced the modern FICO Score. The FICO credit score uses information gathered by the three major credit bureaus, Experian, Equifax, and TransUnion, to generate a number between 300 and 850.

Cut to 2006, when those three credit bureaus decided they wanted to offer a score of their own to compete with the FICO score. They jointly created the VantageScore using their own distinct formula.

“Originally it was meant to be a much more consumer-friendly score, based on the rating similar to school grades (A, B, C, D, F) rather than FICO’s 300-850,” explained Todd Christensen, education manager for Money Fit. “Those grades were based on a 501 to 990 scale. The more recent iterations use a scale that’s much more similar to FICO’s score.”

FICO took some issues with all of this and sued the company that administers VantageScore. After years in court, VantageScore emerged victorious and now stands as an alternative to FICO scores that lenders may consider.

Now that you know the history of the two credit scores, both alike in dignity, how do they differ today?

“VantageScores are grouped into six categories and each category has a different influence on the credit score,” advised Katie Ross, Education and Development Manager at American Consumer Credit Counseling. “VantageScore is able to get a score from one month’s history and an account that that has reported at least once in the last 24 months.”

This is in contrast with the FICO score, which requires at least six months of credit history to generate a score. The factors that go into creating a VantageScore are also not broken down in terms of percentages like they are for your FICO score.

Ross told us roughly how heavily the different VantageScore factors are weighted:

So are VantageScores a better way to assess credit-worthiness than FICO Scores? It’s up for debate, though you likely won’t have a choice in the matter unless you’re the lender in a potential loan transaction.

“The problem is, it is essentially for ‘educational purposes’ only, since no lenders that I know of actually use the score in their credit-based decisions,” Christensen told us. “Still, it can serve some great purposes to help consumers.”

That may be quickly changing if VantageScore itself is to be believed. They’ve found that there has been a 300% increase in use by lenders and other individuals or institutions looking to review applicants’ credit scores. That’s why you might as well try to improve your VantageScore as well.

How to take advantage of VantageScore.

It might be hard enough keeping track of one credit score. Thankfully, as long as you’re paying your bills on time and using your credit responsibly, both of your scores should grow.

Your credit score is important.

Good credit is the foundation for a positive financial outlook. With a healthy score, you can borrow more money at lower rates and qualify for the best credit cards. Not only that, but it’ll help you get that sweet new apartment you have your eye on.

If your credit score is lousy, on the other hand, you’ll find your lending options are pretty limited. 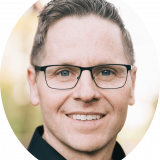 Author and Accredited Financial Counselor®, Todd R. Christensen, MIM, MA, is Education Manager at Money Fit (@MoneyFitbyDRS) by DRS, Inc, a nationwide nonprofit financial wellness and credit counseling agency. Todd develops educational programs and produces materials that teach personal financial skills and responsibilities to all ages. Having facilitated nearly two thousand workshops since 2004 on the fundamentals of effective money management, he based his first book, Everyday Money for Everyday People (2014), on the discussions, tips, stories and ideas shared by the tens of thousands of individuals and couples in attendance.

Katie Ross joined the American Consumer Credit Counseling management team in 2002 and is currently responsible for organizing and implementing high-performance development initiatives designed to increase consumer financial awareness. Ms. Ross’s main focus is to conceptualize the creative strategic programming for ACCC’s client base and national base to ensure a maximum level of educational programs that support and cultivate ACCC’s organization.

Found Yourself On The ChexSystems Blacklist? Here’s What You Can Do