OppLoans In Depth The Story Behind the 36% APR Benchmark

Borrowers Deserve Better than a Payday Loan: The Story Behind the 36% APR Benchmark

A massive shortage of savings and credit exists in the United States. Over 50% of the US population has less than $2,000 in savings (1) and at least 45 million citizens have no credit report or insufficient credit histories to secure traditional financing.(2) So where do these people turn when their car breaks down, they suffer a medical emergency, or their child’s preschool tuition unexpectedly increases? Some may sell their belongings or borrow from family but, as comedian John Oliver revealed during his 2014 expose on lending, the vast majority will rely on predatory payday loans to survive. Today, payday lending is a $50 billion dollar industry. In fact, there are currently more payday storefronts in the country than McDonalds and Starbucks locations.

Payday lenders offer a loan product that typically runs for a term of 15 to 30 days. Loan amounts usually stop at $500 and APRs range from 300% to 1,000%. Faced with huge interest and ballooning payments, borrowers are frequently trapped in cycles of debt. But there is good news: modern online lending has created a pathway for socially-responsible lenders to rescue a large portion of these customers — customers who deserve much better than a payday loan.

The Market and the Pain

Driven in part by the late 2000s financial crisis, consumer lending has seen a shift from storefront to online lending. Increasingly, borrowers are seeking credit in faster, more convenient and more private ways. Non-prime consumers (with FICO scores of 620 or lower), who make up nearly 25% of the population, have seen the largest reduction in credit, estimated at $143 billion, since 2008.(3) The online lending market is underpenetrated and rapidly growing. Morgan Stanley reported that only $12 billion, or 1%, of unsecured loans originated online in 2014 and the market is projected to grow 50% annually through 2020.(4)

As recently as 2008, only 31 banks in the entire country offered loans smaller than $2,500. Since then, major players like Wells Fargo, U.S. Bank and Regions have discontinued their small-loan products.(1) Furthermore, between 1990 and 2010, 37 banks were consolidated into what are now considered the Big Four: JP Morgan Chase, Bank of America, Wells Fargo, and Citigroup. While new online lenders have risen to fill some of this product gap, the riskiness of subprime borrowers mean lenders can’t make money lending at 36% to this population. So why have many state regulators blocked a competitive product at greater-than-36% APR to the payday population?

I joined OppLoans — a lender in the rapidly growing online marketplace for unsecured personal loans — in late 2015. Before I did, I studied the history of the American consumer lending and regulatory landscape. I found it fascinating that the majority of lending in the near-prime customer segment is done at 36% APR. Why have virtually all near-prime lenders converged at such an arbitrary number?

The majority of lending in the near-prime customer segment is done at 36% APR. Why have virtually all near-prime lenders converged at such an arbitrary number?

The truth is that there is no real, meaningful reason.

The 36% figure dates back to the early 1900s when, in response to rampant black-market loan sharking, the Russell Sage Foundation’s Uniform Small Loan Law influenced the majority of states to implement annual usury caps of 36% to 42% based on “political compromise and practical experience.”

The landscape remained relatively unchanged until the 1970s and 80s when two separate events led to deregulation:

1. The Supreme Court case Marquette National Bank v. First of Omaha Serv. Corp enabled banks to charge the interest rate of their home state, regardless of where the loan originated. This decision led some states to repeal their usury (predatory lending) laws to attract banking business.

Since then, several government agencies have more recently affirmed the 36% benchmark.

In 2006, Congress passed legislation to limit loan APRs to 36% for active duty military and their dependents in response to a Department of Defense report regarding payday loan problems affecting this demographic. Soon afterward, the Federal Deposit Insurance Corporation (FDIC) announced Small Dollar Loan Guidelines, encouraging lenders to offer loans at rates less than 36% to “meet the goal of safe and sound small-dollar credit programs, which is to provide customers with credit that is both reasonably priced and profitable.”(5)

It appears that the country’s various regulatory bodies have converged at an arbitrary 36% APR rather than performing detailed affordability and reasonableness studies. Why 36% and not 39%, or 204%? What about offering what the market demands, as long as payment-to-income ratios allow the repayment of principal over time? And how should rates conform to the riskiness of a borrower? While 36% may be adequate for a near-prime borrower, can a subprime lender actually make money at that threshold? One would think that APR should be tied to whether the borrower has the ability to repay and over what length of time it is “safe” for them to be in such a product.

So you can imagine my surprise when I discovered that OppLoans — who serves the subprime segment — typically lends at 100% APR, with the highest customer service rankings in the industry. I listened to hours of customer phone calls and was floored by how grateful customers were that we “treated them like a real person” when they were used to getting “laughed out of the bank” or “taken advantage of by payday lenders.” But with APRs much higher than 36%, how were we achieving such remarkable accolades?

The reality is that OppLoans can only continue to be successful and serve the subprime market at rates above 36% APR. The combination of our default rates, cost of debt financing, cost of acquisition, and cost of servicing do not support a profitable business model at lower-than 36% rate. So in order of us to provide credit to this “thin file” credit base, we must lend at an elevated APRs. Yes, these APRs are much higher than the arbitrarily determined 36%, but they are necessary considering the risk profile of our customer base — a customer base who LOVES us and saves hundreds by refinancing into our product. We believe our customer reviews on Google and LendingTree speak for themselves.

OppLoans wins by focusing on affordability and ability to repay, rather than APR. The model is simple — provide much lower-than-payday cost loans to the percentage of subprime population that can afford it. Then reward borrowers by reporting their on-time payments to bureaus, providing credit education, and reducing their APRs over time for on-time repayment. OppLoans will soon reduce our rates 10% for each year of on-time payments and completion of credit education modules. We will evolve subprime borrowers into near prime or even prime products over time — even if their traditional credit score and profile wouldn’t support that. And if borrowers can find a less-expensive product elsewhere, we’ll encourage them to go in the direction that’s best for them.

The model is simple … reward borrowers by reporting their on-time payments to bureaus, providing credit education, and reducing their APRs over time for on-time repayment.

OppLoans’ only priority is what is best for the customer — period.

The Right Time for the Right Product

I’ve been on the job just over 6 months and have become increasingly frustrated that the online lending world seem to be split into two buckets — those below 36% APR and those above. Is that really the best way to look at the marketplace? Is it possible that you can be a “socially responsible” lender at above 36% APR? That answer is DEFINITELY. We believe the paradigm must shift away from APR and move towards “affordability” of the loan. We can do this with a much better product model than payday loans. OppLoans offers longer terms, higher loan amounts, and a drastically reduced APR compare to payday loans.

The advent of online lending and the innovation of socially-responsible lenders like OppLoans provides a tremendous alternative to the payday loan product. The more quickly state governments realize this, the more competition will ensue, creating better pricing for customers as the best run companies and business models will provide the cheapest forms of financing. Over time, these customers can build credit and qualify for cheaper products.

The data doesn’t lie. 50% of our population does not have enough savings to combat an unexpected expense. Many of these folks may qualify for a 36% loan, but by the massive numbers of applications we are seeing in our 16-state footprint, MANY are not. For these customers, OppLoans provides a much-needed service, to provide credit at cheaper rates than the next best alternative. State regulations are preventing the market from being efficient — and in many states, these borrowers have no options or only a payday loan option! It’s time to abolish the 36% line in the sand, and allow market dynamics to play out. Borrowers will win. At OppLoans, we have 25,000 proofs of concept. Don’t trust me though… trust them. 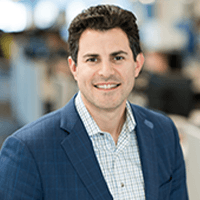