Andrew Tavin, CFEI
Andrew Tavin is a personal finance writer who covered budgeting with expertise in building credit and saving for OppU. His work has been cited by Wikipedia, Crunchbase, and Hacker News, and he is a Certified Financial Education Instructor through the National Financial Educators Council.
Read time: 5 min
Updated on July 1, 2022

Does a prison for not paying your debts sound like something from a nightmarish future? Wrong! It's a real thing from our nightmarish past!

You know what would be really messed up? A prison for people who weren’t able to pay their debts. It just doesn’t seem fair, does it? Good thing we just made it up!

Except we didn’t! Debtors’ prisons were real institutions, and many would argue they’ve never really gone away. It’s as interesting as it is depressing. That’s why we compiled a brief history of debtors’ prisons, which we’re now presenting to you.

But first, something nice and cute before we get into the downer stuff. Check out this corgi!

OK, got your fill? Let’s head back to the Middle Ages.

Systems of debt bondage have existed for thousands of years. It was a common practice throughout Ancient Greece and the Roman Empire. A person who owed a debt could be compelled into serving their creditor for many years. These sorts of practices spun-off into debtors’ prisons in the Middle Ages, though debt bondage continued to exist and is still practiced in many parts of the world.

“A debtors’ prison is a prison where people who were unable to pay legal debts were incarcerated until they worked off the debt, or they got enough money from the outside to pay the amount,” explained Joe Bailey, operations manager at My Trading Skills.

“These prisons are speculated to have begun during the Middle Ages in Europe where debtors were thrown into cells until their families were able to pay off these debts.”

You’ve probably heard someone refer to jail as “the clink.” What you may not have realized is that it’s the name of a real prison in England. The Clink was built in 1144 and was in operation for centuries. That means it housed all manner of prisoners over the years, including many debtors.

Even the famous could end up in debtors’ prison. William Hughton, playwright and Shakespearean contemporary, found himself in The Clink for failing to pay back a loan from London entrepreneur Philip Henslowe.

One can only imagine that the common folk with less connections would often be even worse off.

When Europeans began colonizing the Americas, many of them put themselves into debt bondage to pay for the trip. And much like smallpox, the tradition of debt prisons also made its way across the ocean.

“Debtors’ prisons began popping up in America during the 19th century,” continued Bailey. “At that time, locking up people for failing to pay their debts was considered a legal practice.”

Once again, even American bigwigs (and they were often wearing literal big wigs back then) could end up in debtors’ prison. Robert Morris, one of the Founding Fathers, had a big part in helping the young nation get its finances in order. Unfortunately, he wasn’t as capable when it came to managing his own finances.

Morris borrowed significant sums of money to buy Western land, overextending his credit obligations without a means to repay them. He was thrown in debtors’ prison in 1798 and spent the rest of his years in poverty.

“These prisons were prevalent across the US until federal law made it illegal to imprison debtors in 1833,” concluded Bailey.

Much like the villain in a slasher movie, debt prisons didn’t really die. Despite much celebration when the law seemed to have killed them, the camera panned down and the hand of the debt prison emerged from the swamp.

“Debtors' prisons have taken many forms over the years,” reiterated criminal justice journalist Dan King. “In the 1800s, there were specific jails dedicated to housing those who had failed to pay their debts. In 1833 Congress outlawed debtors prisons and in 1983 the Supreme Court ruled that in order to jail a person for failure to pay a fine or fee, the judge must first consider if the person was 'willfully' choosing not to pay.

“This has not stopped law enforcement agencies from jailing poor folks over an inability to pay fees, often before they are even charged with a crime. For example, in 2015 a bedridden Missouri man who was living on a $488 Social Security check was jailed for not paying $464 worth of fees after his house was condemned by the city and he chose to continue living there. Certainly, his inability to pay such a fee was not 'willful.'

“Another form of modern debtors' prisons is the practice of suspending individual's drivers' licenses for unpaid fines or fees, which is currently done in 40 states across the country. When a person's license is suspended, especially in rural neighborhoods, it makes it nearly impossible to maintain steady work and thus to pay off the fines and fees they owe. Often these people will choose to drive without a license, so they can get to work and pay off these fees. But, if they are caught driving without a license, they can end up behind bars.”

Getting arrested isn’t free, and even though “innocent until proven guilty” is supposed to be the underlying principle of the justice system, in practice, you can spend a lot of time in jail without having ever been convicted of a crime.

Being unable to afford court fees or bail can lead to a modern form of debtors’ prison, and unlike the previous debtors’ prisons we’ve discussed, these are just for poor people. The big wigs will almost always find a way to make bail, assuming they aren’t just released on their own recognizance because they’re a “pillar of their local community,” unlikely to avoid their trial dates.

While debtors’ prisons may be officially gone, it’s obvious there’s a long way to go. It really makes us wish we had made it up. 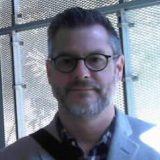 Dan King (@Kinger_Liberty) is a Young Voices contributor, communications professional & justice writer residing in Arlington, Virginia. Dan writes extensively on issues of surveillance, privacy, and civil liberties. He’s been published in The American Conservative, Reason, The Weekly Standard, The Week, and has been seen on FOX 5 DC and CRTV’s “Kibbe On Liberty”.