Are Loot Boxes Going to be Banned?

Andrew Tavin
Andrew Tavin covers budgeting and credit scores for OppLoans. His experience as a comedian lends an approachable and humorous angle to his content and makes the scary parts of personal finance less intimidating for readers.
Updated on March 18, 2021

The U.S. Federal Trade Commission recently concluded a workshop on loot boxes. Those who do not regularly play video games may not have heard about loot boxes before. They may find it odd that the concept is receiving the scrutiny of the federal government, as well as various state governments and other governments around the world.

The concern could be more understandable if you refer to loot box mechanics by a different name: selling gambling to children.

What are loot boxes?

Video games have been selling add-on content for decades now. While computer game expansion packs were standard throughout the nineties, the new millennium has brought a wealth of ways to give your wealth to game publishers. With the widespread adoption of free-to-play mobile games, publishers needed a way to guarantee regular income from users.

“Games now are designed for easy and free (‘freemium’) entry,” explained Jim Wasserman, former business litigation attorney and writer at Your Third Life. “Gamers get into the game easily, but at some point they start topping out in ability to win with just the free resources. At that point, the game offers ‘bonus packs’ (loot boxes) for real money that offer the possibility of better in-game gear/cards. The insidiousness is that there is only a possibility of getting what the player wants, so it is a gamble in buying one.”

While this monetization method may have started with free-to-play games, it has since made the jump to full-priced experiences. Whereas once there was outrage over the announcement of $2.50 “horse armor” in the Elder Scrolls, games like FIFA 2019 now include loot box mechanics that encourage players to spend money for just the chance of getting what they want.

Spending money for the chance at a desired result seems like it could fit a wide definition of gambling.

“These ‘pay-to-win’ loot boxes are arguably a type of gambling, which has long been illegal in many places and almost exclusively illegal to minors,” said regulatory attorney Braden Perry. “Loot boxes usually contain a number of different items of different rarities. The rarer the item, the less chance the purchaser has of finding it.”

For a personal example of how these quasi-gambling mechanics can impact children, Wasserman shared his story with us: “Kids don’t want to let their characters/levels that they built up whither, and younger ones don’t understand the notion of odds. They think that if 1-in-10 has something good, they need to buy 100, as my own son once expressed when young. Kids are using parents’ credit cards without the parents knowing, and perhaps worst of all, the process inculcates bad long-term spending habits and financial understanding. One has to keep ‘buying up’ to stay in the game; there is little to no game reward for saving.”

The law steps in

Concern over loot boxes and the prospect of child gambling has led to intervention from governments around the world, according to Samuel Franklin, CEO of Games Finder.

“An inquiry held in late 2018 within Australia explored these risks and the need for intervention while providing a list of five fundamental recommendations that strike at the heart of the issue,” Franklin said. “These would provide a preventative foundation based around warning label disclosures and having game age ratings scaled up where loot boxes are present. This is in contrast to other countries that are taking a more direct approach, such as Belgium and the Netherlands, that have made it clear that loot boxes are in breach of their current gambling laws and thus illegal.”

Franklin explained some countries have opted for greater transparency rather than outright prohibition: “China and South Korea have been content to require disclosure of all probabilities of obtaining specific items from loot box mechanics and fining companies that fail to comply.”

Aside from the FTC workshop, there is already legislation under consideration at the federal level in the United States.

“One interesting piece of legislation has been introduced by U.S. Senator Josh Hawley (R-MO),” Perry said. “It’s called The Protecting Children from Abusive Games Act and would ban loot boxes and ‘pay-to-win’ microtransactions in titles targeted at or popular among minors, similar to the FTC’s COPA analysis. But like COPA, the proposed legislation would be highly subjective and difficult to enforce. While I believe it’s more of a ‘shot across the bow’ at the industry as these loot boxes become more popular, the gaming industry should take note. You will likely see the gaming industry attempt self-policing policies to prevent overarching legislation.”

So while that’s the current conversation around loot box legislation in the United States, we would still advise against gambling on whether legislation will pass.

Samuel Franklin is the founder of Games Finder, a video game recommendation website for finding similar games. Sam has been in the gaming industry for more than 10 years as a writer and YouTube content creator. He also has a compliance background in Australia working with businesses to meet obligations set out by the leading regulatory bodies, ASIC and APRA. Follow him @GamesFinder. 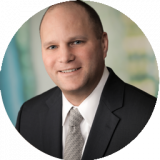 Braden Perry is a litigation, regulatory, and government investigations attorney with Kennyhertz Perry, LLC.  He has the unique tripartite experience of a white-collar criminal defense and government compliance, investigations, and litigation attorney at a national law firm; a senior enforcement attorney at a federal regulatory agency; and the chief compliance officer/chief regulatory attorney of a global financial institution. Perry has extensive experience advising clients in federal inquiries and investigations, particularly in enforcement matters involving novel or emerging issues. He couples his technical knowledge and experience defending clients in front of federal agencies with a broad-based understanding of compliance from an institutional and regulatory perspective. Follow him @bradenmperry. 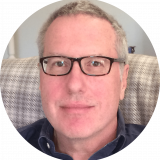 Jim Wasserman is a former business litigation attorney who taught economics and media literacy for 20 years. Jim’s three-book series on teaching behavioral economics and media literacy,  Media, Marketing, and Me, will publish in 2019. Jim currently lives in Granada, Spain, and with his wife, writes a blog on retirement, finance, and living abroad at YourThirdLife.com. Jim dreamed of a Hemingway-like life of writing in Spain, but so far to that end has only amassed a houseful of cats.

How to Shop for Electronics With Bad Credit