Andrew Tavin
Andrew Tavin covers budgeting and credit scores for OppLoans. His experience as a comedian lends an approachable and humorous angle to his content and makes the scary parts of personal finance less intimidating for readers.
Updated on May 7, 2021

You know a payday loan can hurt your credit. But can failing to pay one back actually put you in front of a judge?

Court shows can be fun to watch on television. Whether it’s Law and Order or Judge Judy or classic Lionel Hutz episodes of The Simpsons, we all apparently like watching people in court.

But no one actually wants to be in a courtroom in real life. Heck, even most lawyers prefer settling cases out of court. That’s why it’s important to know when something poses the risk of landing you in front a judge—one who may or may not be looking to throw a book and/or book-like object in your general direction.

And when it comes to taking out a predatory payday loan, you could certainly end up in court if you have troubling paying it back. It’s not common, but it does happen.

It’s not necessarily a scientific term, but generally, payday loans are a type of bad credit loan with very short payment terms and very high annual percentage rates (APRs). They are aimed at people who have poor credit, and the lender doesn’t check a person’s credit during the lending process. Payday loans are available as both storefront loans and online loans, and they are sometimes also called “no credit check loans” or “cash advance loans.” (If you want to take a look at cash advances specifically, check out the OppU article What is a Cash Advance?)

APR is a measurement that captures the total cost of a loan over one year, with all fees and interest included, allowing you to make an apples-to-apples comparison between different loans. So the lower the APR on a loan, the better. And the APRs on payday loans are nearly as high as they can go, with rates between 300 and 400 percent—and sometimes much higher.

And while having a shorter payment term for a loan with a high interest rate might seem like a great idea, it often backfires. Unlike, a traditional installment loan, which is paid off a little bit at a time, the short payment terms for payday loans mean that they have to be paid off all at once, often just two weeks after the loan was issued. As it turns out, many people have trouble paying back their payday loan on time. So instead, they have to reborrow the loan or pay an extra fee to roll it over and extend the due date.

So why does anyone get a payday loan? Usually, it’s because they have some sort of financial emergency and a poor credit score so they can’t get a traditional personal loan. Still, it’s a risky proposition, because if you can’t pay back that loan in time, you may end up rolling it over and over again, landing you in a dangerous cycle of debt. To learn more about the dangers of payday lending, check out these five alarming payday loan statistics.

Payday loan companies do take people to court, but they don’t do it very often.

Now, depending on how that cycle of debt unfolds—and whether or not you stop making payments—you might end up in court with the payday loan company seeking a judgment against you. However, we spoke to the experts and they seemed to share a consensus:

While you might end up in court for not paying off your payday loan, if that’s all you’ve done, you’re unlikely to find yourself in front of a judge.

“I am a Florida consumer protection attorney who has 29 years experience,” consumer rights expert Donald E. Peterson explained. “I have probably consulted with a couple thousand people about their debts including potential bankruptcy clients who were defendants in collection lawsuits and consumers who were seeking a lawyer to represent them because they were being sued by a creditor or debt collector. NONE of them were ever sued by a payday lender. Not one.”

But Peterson went beyond just his own personal experience: “Around 2006, I searched clerks’ online dockets to determine whether a large brick & mortar payday lender ever sued anyone. I searched the records for several counties in central Florida and found approximately five lawsuits during a period of five to seven years. It made me wonder what was unique about those five borrowers that motivated the payday lender to file suit. I have read that there are payday lenders in Ohio who actually sue sometimes. I am not observing this in Florida nor have I ever heard that it’s a national problem.”

If a payday lender takes you to court, they’re hoping you won’t show up.

Damon Duncan, an attorney with Duncan Law, gave us a similar sense of the risks while also explaining how the litigation process might play out:

“After late payment(s) the payday loan company would likely sue the debtor in an area where the debtor has real property and, if they don’t have real property, a location convenient for the creditor. Most debtors will fail to respond to a lawsuit so a default judgment would be entered against them.

“Once the creditor has a judgment they can attach liens to property like houses, cars, bank accounts, etc. Liens in North Carolina (where I live) last for 10 years and can then be renewed for an additional 10 year period. Other states are very similar.”

It’s safe to assume a payday loan company will sue—sometimes for much more than you owe.

If you have stopped making payments on your payday loan and are hoping the problem will just go away, then guess again.

“You should study your loan agreement to see the terms on defaulting and late/missed payments,” advised Shaolaine Loving, a Las Vegas attorney. “Generally speaking, the lender can start assessing late fees and other penalties. Depending on how late you are, they or a collection company will probably start calling to collect on the debt. They can report delinquencies on your credit. Eventually, they can sue you. Even if it’s a small amount, don’t presume the company won’t sue.”

As Living mentioned, it’s not just the payday loan company itself that you have to worry about. Most of the time, a debt collector or a law firm will also be involved.

“Payday loan companies routinely sell their accounts to debt collectors or use attorneys to handle their debt in bulk. Thus, no amount is too small to sue you over, particularly when they can seek late fees, collection costs, court costs, and late fees. The final sum against you can greatly surpass the original amount owed.

“The only way to prevent a court judgment against you is if you have some legitimate legal defense, like fraud or illegal practices on their part. Otherwise, once they get a judgment against you, they can garnish your wages/assets or lien your property.”

Don’t ignore a debt collector’s calls. Instead, try to negotiate. If it goes to court, show up.

Katie Ross, Education and Development Manager at American Consumer Credit Counseling, or ACCC, gave us her advice on managing the threat of a lawsuit:

“When you miss a payment, the lender will try to contact you via the contact information you provided (address, phone, email). If you ignore the lender and don’t make any payments, they will turn to a third-party collections agency to try to get the debt back. This can happen even after thirty days of a missed payment.

“Their tactics may be aggressive, including threatening to notify the credit bureaus. Each city/state has its own laws regarding payday loans, so make sure you know your rights under the Fair Debt Collections Practices Act.

“If the collections agency fails to collect your debt, they may sue you even over a small amount. Make sure you show up to court. If a judge rules against you, the collection agency can levy your bank account, garnish your wages, or put liens on your property, depending on the state’s laws.

“Prevent ending up in court by trying to negotiate your repayment terms with your creditor or entering into a settlement plan. If you do receive a court summons, go to court and ask that the collector show proof that you owe money. If they don’t show proof, your case may get dismissed or at least postponed until they do.”

If a payday loan company or a debt collector has misstepped, you can take them to court too.

Don’t forget that the ability to take someone to court can go both ways. Obviously, a payday lender will likely have more resources than you, but you should still know your options, even if you’re just going to use them as a negotiating tactic.

“Under most (if not all) states’ laws, the payday loan is void and can not be enforced if the lender was not licensed to make the loan. Debt collectors who attempt to collect a void loan may be liable under the Fair Debt Collection Practices Act (“FDCPA”) and possibly under similar state laws.

“Debt collectors who attempt to collect payday loans often (if not almost always) violate the FDCPA by threatening to press criminal charges or have the borrower arrested for writing a ‘bad check.’ Payday lenders obtain postdated checks from the borrowers. Postdated checks which are eventually dishonored because of insufficient funds are not ‘bad checks’ under the criminal codes.

Peterson wrote a guide to what you should do if you’re getting those kinds of calls.

While the risk of being taken to court over a payday loan may not be that high, it’s not like payday loans are worth it in the first place.

Damon Duncan (@Damon_Duncan) (@DuncanLaw) is an attorney on the North Carolina Bar Association and Foundation’s Board of Governors, a member of the Elon University School of Law’s Alumni Council, the Secretary of the North Carolina Bar Association’s Bankruptcy Section and adjunct professor at Elon University School of Law and Guilford Technical Community College.

Shaolaine Loving (@LovingLawyer) is an attorney who has been practicing law in Las Vegas for over a decade. She established her own firm, Loving Law Ltd., in 2015 and provides services in family law, estate planning, consumer law, contracts, and other legal areas. 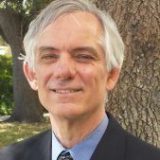 Katie Ross, joined the American Consumer Credit Counseling, or ACCC, management team in 2002 and is currently responsible for organizing and implementing high-performance development initiatives designed to increase consumer financial awareness. Ms. Ross’s main focus is to conceptualize the creative strategic programming for ACCC’s client base and national base to ensure a maximum level of educational programs that support and cultivate ACCC’s organization.