How Have Movie Stars’ Salaries Changed Over Time?

Andrew Tavin, CFEI
Andrew Tavin is a personal finance writer who covered budgeting with expertise in building credit and saving for OppU. His work has been cited by Wikipedia, Crunchbase, and Hacker News, and he is a Certified Financial Education Instructor through the National Financial Educators Council.
Read time: 5 min
Updated on March 18, 2021

Movie star salaries have actually gone down in recent decades, but don't worry, shares of the box office have been keeping Hollywood's biggest stars in the green.

With the Oscars coming up, it’s a great time to reflect on the glitz and glamor of Hollywood. Many people would suggest that movie stars are a bit overpaid, including famous adamantium-clawed Australian movie star, Hugh Jackman.

But many of those same people are still enthralled by their lifestyles and wealth. So let’s just indulge that fascination for an article or so and find out how movie star salaries have changed over time. Before we dig in, let’s just address some possible ambiguity of how movie stars make their money.

“Keep in mind that many movie star ‘salaries’ are now achieved through TV, endorsements, etc.,” explained director, producer, and author Dan Mirvish. “For many actors, they take a cut in salary to work in awards-caliber and independent films. Standard wages on an indie range anywhere from as little as $125 a day (SAG Ultra Low Budget scale) to $70,000 for a total shoot (this is called SAG Schedule F and is a standard for many films).”

Cinema’s earliest stars weren’t often individuals. They were a train coming out from a tunnel or a group of workers leaving a factory. La Voyage Dans La Lune might have been one of the first sci-fi films, but the only face you could probably recognize from it would be Bleuette Bernon, and even then only if she was wearing white face paint and had a spaceship in her eye.

However, you wouldn’t have known that’s who the moon was from watching the credits. Because there were no credits. Early silent films rarely, if ever, credited the actors who appeared in them. That is, until Florence Lawrence.

The early studio heads were worried that crediting actors and actresses would cause them to gain a level of notoriety that would allow the performers to demand higher wages. But Carl Laemmle, founder of Universal Studios, decided to try the opposite approach. After secretly spreading a rumor that actress Florence Lawrence had died in a streetcar accident, he took out ads “debunking” the rumor and revealed that she was actually still alive. He then gave her the first American screen credit for her starring role in The Broken Oath. This was the beginning of the “star system” and the origin of movie star salaries.

Before working for Laemmle, Lawrence had been earning $25 a week from director D.W. Griffith. That’s about $660 today. Within a couple years The Broken Oath debuting, Lawrence was earning $500 per week, the equivalent of $624,000 per year when inflation is factored in.

While many Americans lost their livelihood during the Great Depression, movie star salaries stayed high. Gary Cooper, star of Souls at Sea and Mr. Deeds Goes to Town earned $370,214 ($6,455,786 today) in 1937.

A payout that huge was still the exception, but salaries would get a jolt in the decades to come. Why? Two big reasons were the growth of big franchises and stars getting a cut of the box office. And one movie, in particular, is a good representation of both.

Leave the money, take the points.

Although stars had been cutting deals to get a percentage of a film’s profits since the silent days, it wasn’t until the age of the blockbuster that these deals really started printing money for the actors who signed them.

One of the most famous Hollywood paydays went to Jack Nicholson, for his role as The Joker in Tim Burton’s Batman. At the time Batman was being cast, Nicholson’s standard fee was $10,000,000. But for Batman, he agreed to take $6,000,000 so that he could get a cut of the box-office AND the merchandise sales. This gamble paid off for Nicholson many times over, as he earned around $60,000,000 (around $121,503,306 today) in total from the caped crusader caper.

But Nicholson didn’t appear in anymore Batman movies. As Robert Downey Jr. showed, you’ll start really pulling in the big bucks once you’re a vital part of a multi-billion dollar franchise. His Marvel salaries are not definitively known, but the following is based on the reasonable estimates of those who cover the industry.

When Downey Jr. was first cast in Iron Man, he was considered a bit of a risky proposition due to his longstanding struggles with addiction. To that end, he was paid “only” $500,000 for his starring role as Tony Stark. It was, of course, an enormous success that launched not only a franchise, but a cinematic universe. By the time Iron Man 2 rolled around, Downey Jr. was able to pull $10,000,000. When Avengers: End Game rolls out, Downey Jr. will have likely earned around $240,500,000 just from the Marvel films. That doesn’t even factor in his other roles during that time in franchises like Sherlock Holmes, which was profitable enough to justify a similarly profitable sequel.

That all being said, as Mirvish mentioned up top, many movie stars don’t actually get the bulk of their income from starring in movies. George Clooney is a perfect example, who topped the list of highest paid movie stars in 2017, not for any role, but by selling his tequila brand for $700,000,000.

It’s like that famous line says: there’s no business like show business, except the tequila business, which is apparently even more profitable. Enjoy the Oscars everybody! 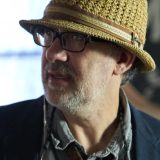 Dan Mirvish is a director, screenwriter, producer, and author. He’s just finished the award-winning, critically-acclaimed feature Bernard and Huey, scripted by Oscar/Pulitzer-winner Jules Feiffer, and starring Oscar-winner Jim Rash and David Koechner which screened in over 30 film festivals on 5 continents and is currently in theatrical release by Freestyle Releasing/Entertainment Studios in the US. Dan is the author of the bestselling non-fiction book The Cheerful Subversive’s Guide to Independent Filmmaking from Focal Press/Routledge. His film Between Us, an award-winning feature starring Julia Stiles and Taye Diggs, played in 23 festivals in 7 countries, and got a 50+ city theatrical release in the US, and sold to 144 countries, plus screening on Netflix, Showtime, Starz and all digital outlets. Dan was mentored by Robert Altman on his first film, Omaha (the movie), which led him to co-found the upstart Slamdance Film Festival. His film Open House prompted the Academy Awards to controversially rewrite their rules on the Best Original Musical category. Mirvish also co-wrote his bestselling, critically-acclaimed novel I Am Martin Eisenstadt based on the fake McCain advisor who took credit for Sarah Palin not knowing Africa was a continent. A former speechwriter for U.S. Sen. Tom Harkin, Dan has a master’s degree from USC film school, is a member of the Directors Guild of America and has guest lectured at more than 25 film schools and universities.

Money at the Movies: Which Avenger Gives Marvel the Most Bang for Its Buck?