The Debate: Save Money or Pay Down Debt

Andrew Tavin
Andrew Tavin covers budgeting and credit scores for OppLoans. His experience as a comedian lends an approachable and humorous angle to his content and makes the scary parts of personal finance less intimidating for readers.
Updated on March 18, 2021

Savers might not like to pay down debt, but running away from your bills could cost you in the long run.

That is a big problem, especially for those who unexpectedly come face to face with an unexpected expense. What will happen if you suddenly need to pay for a car repair, handle a job loss, or deal with some other financial emergency without entirely broke? Building your savings, especially an emergency fund, is vital.

However, sometimes life is not that simple.

Credit card debt leads to the accrual of interest, which can build up and get out of control quickly. Having too much credit card debt can also be a drag on your credit score, which can impact your ability to to take out any type of personal loan, such as a mortgage, car loan, or student loans, in addition to other types of financial and consumer products.

“Credit card debt can be one of the worst forms of liability due to the high, and in many instances, extremely high interest rates,” warns registered financial consultant Kirk G. Meyer. “For those who are struggling with credit card debt the choice between retirement savings and paying off the debt can be a difficult decision.”

So which is most likely to help you reach your financial goals?

“Anyone who has credit card debt should always make paying that down a priority, as the compounding of such a high interest rate will destroy the value added by saving,” Meyer says.

Meyers also describes the importance of forming a budget. Once you know exactly how much money you have coming in and how you plan to spend it, you can attempt to direct any leftover or “extra money” each pay period toward debt repayment. This might create some stressful months of juggling expenses in the short term, but could lead to less consumer debt and more peace of mind in the long term.

Economist and financial literacy advocate Jay Rigler also recommends paying off your credit card debt first, as he views the choice between the two options as somewhat misleading.

As we all know, this is not a very good emergency reserve because if you use it, they will charge you a bunch of interest. But they are charging you interest now! So, by that same logic, you should pay off your credit card debt first. Then you can build a better emergency reserve with an actual savings account.

Do the math: The less high-interest debt you have, the fewer interest charges you will have on top of whatever unexpected expenses you may face.

Tips for tackling your balances

If you have multiple debts to pay off, there are a couple commonly suggested methods to target them. Both methods require you to keep making all of your minimum payments.

The snowball method has you choosing the smallest amount of debt and putting any extra cash toward paying it off each month. Once that debt has been paid off, the extra income that you put toward that payment can now go toward the next largest debt.

While this method might lead to the satisfaction of seeing accounts settled, giving you a preview of your debt-free future, it is rarely the best approach from a math perspective. For example, if the smallest debt has a low interest rate compared to your other debts, you may likely end up paying more on your collective interest as you work your way down the list.

The debt avalanche has you start on your debt repayments by paying off the one with the highest interest rate. Once you have paid it off, take that money and start applying it to the debt with the next highest interest. While using this method may take longer to actually close an account, it will make a bigger difference in the number of monthly payments you have to make than paying off a smaller, lower interest rate debt.

Savings over debt: the exception to the rule

For the reasons mentioned previously, you will not find too many credible financial planners who recommend allowing the interest on your credit card balance to spiral out of control while you build your savings.

Is it possible to save and tackle debt simultaneously?

If your credit card debt is not too out of control, you may be able to strike a balance between paying it off and building your savings.

“If you have a lot of debt and it is going to take you years to pay off, you do not want to wait to start saving until then,” advises personal finance expert and motivational speaker Debbi King.

If you can pay off all of your remaining debt in under two years, King suggests putting aside between $1,000 and $2,000 as emergency savings, and then holding off on additional saving until you have paid off that credit card debt.

If it will take longer than two years to pay off your debts, then King recommends something along the lines of  “automatically putting $100 in savings every month as you are paying the debt off.”

Getting out of debt is not fun. Building up your savings is rarely fun either. Give yourself some low-cost fun when you can, and look forward to all the fun you will be able to have once you get out of credit card debt and have some savings set aside.

Jay Rigler is a financial literacy advocate, economist, and author with 20 years of experience. He has been a personal financial advisor and was responsible for analytics at a top-tier advertising agency. Now he spends his time advocating for financial literacy and writing for PracticallyIndependent.com. 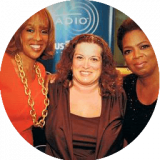 Debbi King is a personal finance expert, motivational speaker, and the author of two award winning books, “The ABC’s of Personal Finance,” and “26 Weeks to Wealth and Financial Freedom.” She is also the host of a weekly radio show, “The ABC’s of Personal Finance.” Debbi has been featured in numerous media outlets, empowering others to win in the area of money. Follow her @DebbiKing or visit her website here.

The Broke Person’s Guide to Hanging With Friends