Opploans Budgeting Expenses Debt Can You Flee Your Debt by Fleeing the Country?
Updated on: January 11, 2021

Can You Flee Your Debt by Fleeing the Country?

Most debts won't follow you to another country, but staying one step ahead of your creditors might be a lot harder than you think.

Debt can feel like a massive weight hanging around your neck. Wouldn’t it be nice if it would all go away? And if it won’t go away, maybe you can just … run away. Can you escape your debt by fleeing the country?

Sort of! In some circumstances!

We hope that answered your question. Thanks for reading!

Just kidding. We spoke to the experts to find out if your plan to escape your debt by fleeing the country has any merit.

Send your debt a postcard.

Although it sounds like a fantasy out of a thriller novel, it’s not impossible to escape some of your debts by leaving the country. But of course, you’ll have to have the means to leave the country.

And if you’re struggling with debt, you may not have access to those means, let alone the kind of money you’ll need to establish residency in a whole new country.

If you do have connections or a support network in a different country, however, you might be able to put some actual distance between you and your debt.

“Your debt doesn’t follow you to your new country,” began Leslie H. Tayne Esq., Founder and Head Attorney at Tayne Law Group, “but it will stay on your credit report in this country and, depending on what type of debt, it could be there for a while so you’ll need to plan whether this is a short-term escape or long-term ‘I’m never coming back.’

“I actually have a client who went to Europe and said when he makes enough money to pay off his debt he’ll come back and in the meantime, he doesn’t seem to care. That’s not to say it isn’t on his credit report here in the US because it is.”

So if you manage to get over the border, your debt holders are out of luck, right? They’ll just take their hat off their head and toss it on the ground, stomp on it with a big “gosh darn it” and watch you sail off into the distance.

Okay, it’s not really that simple.

It’d be a pretty big loophole if leaving the country magically canceled your debt. But as Tayne made clear, it’s not that easy.

Here’s what she told us:

“The reality is that while a creditor will not usually come after you outside the country for things like credit card debt, you can and will be responsible for the debt here in the US until the debt expires. If they sue you then that expiration date extends depending on the state you’re sued in.

“Yes, they can still sue you while you are abroad. If you’re gone you might think they can’t get a judgment but if you’re sued, and they serve your last known address, and no answer to the suit is filed you can have a judgment against you, and then they can try to enforce that judgment against any remaining monies or assets in this country.

“If you leave behind a checking or savings account in the US or your social security is attached to one these, it may be within reach of legal action judgment enforcement.”

Assets left behind will be vulnerable.

Whether or not you were able to take your assets with you can impact how likely they are to be seized and whether you can feasibly get out of your debts through bankruptcy.

“If you leave the country and take your assets with you, you might be able to escape the debt as a practical matter,” Dean Kaplan, President of The Kaplan Group, told us. “The statute of limitations on a debt is typically four to six years, although it varies in each state. So if the statute of limitations is approaching, the creditor needs to sue the debtor in court to get a judgment so that the debt does not expire.

“Judgments typically are good for seven to 10 years depending on the state. Judgments can be renewed very inexpensively for additional seven-to-10-year periods until they are paid. So the debtor can be obligated to pay for the rest of their life unless they file bankruptcy.

“If a person has assets that significantly exceed the value of a debt, then bankruptcy typically isn’t an option. If they know the creditor is going to keep coming after them to get paid using all legal means, then fleeing the country and taking the assets with you is an option. It will make it much harder for the creditor to collect.

“If you leave the assets in the USA and the creditor can find them, they can get the court to order that cash be turned over to the creditor or other assets be sold via an auction with the proceeds used to pay off the debt. But if you transfer your cash to offshore accounts, sell your real estate and cars, and buy property in a foreign country, it makes it much more difficult on the creditor.”

So it’s theoretically possible to get away from some of your debts, but it isn’t easy.

But not all debts will go down so easily! Some will stick around and might cause significant problems for your world trotting plans.

“You can’t run from tax debt,” warned Michael Eckstein, owner of Eckstein Tax Services. “If you owe the IRS more than $51,000, the State Department may deny a new passport application or revoke a current passport. But, if you’re outside the US when that happens, they may issue a limited passport so you can come back.”

Tayne echoed the concern about tax issues and and told us about another debt you won’t be able to shake so easily: “You may not have your creditors chasing after you, but creditors like the IRS will expect you to file tax returns still and pay what you owe them unless you are giving up citizenship.

“It’s important to note the type of debt you have because IRS debt or state tax debt can lead to suspended driver’s licenses and passports, so you want to be careful of the kind of debt you’re running from. Student loan debt with no expiration of the debt can follow you forever so then your decision should take that into consideration.”

Leaving your debt behind will probably end up being more troublesome than trying to negotiate with your creditors. While getting hounded by collectors might be a hassle, it’s not worth going all Shawshank Redemption over it. 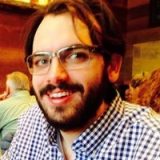 Michael Eckstein, EA is the owner of Eckstein Tax Services in Huntington, NY and enrolled to practice before the IRS. He specializes in helping Long Islanders and small businesses tackle taxes, accounting, and payroll. Outside the office, Michael is the treasurer of the Huntington Business Improvement District and member of the local Lion’s Club. 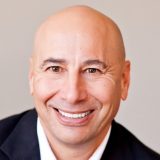 Dean Kaplan is President of The Kaplan Group, a commercial collection agency specializing in large claims and international transactions. He has 35 years of international business experience, traveling to over 40 countries to negotiate over $500 million in mergers and acquisitions and other business deals. He previously owned a manufacturing firm that counted Disney, Warner Brothers, Macy’s, Hard Rock Casinos as customers. 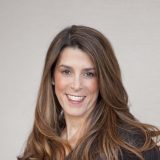 Can Bad Credit Stop You From Moving to a New City?