Opploans Blog Budgeting Expenses Debt How to Live Like a Lannister and Always Pay Your Debts
Updated on: May 15, 2020

How to Live Like a Lannister and Always Pay Your Debts

Step one: If you take out a loan from the Iron Bank of Braavos, don’t leave them hanging.

We know. We know. Game of Thrones Season Seven premieres this Sunday night. Until then, it takes all the effort you can muster to think about literally anything else. Your work week? Shot. Your grocery list? Growing longer every day. Thankfully you don’t have kids to worry about, right?

(That was a trick question. You do have kids. They’ve been waiting for you to pick them up after school for three hours.)

But a whole week spent thinking about Dany’s return to Westeros, Jon Snow’s parentage, and Cersei’s rise to the Iron Throne doesn’t need to be a whole week wasted. If anything, there are plenty of lessons that Game of Thrones can teach us that can be applied to our everyday lives.

And one of those lessons is also the unofficial motto of House Lannister: A Lannister always pays his debts.

So to celebrate Season Seven of Game of Thrones, we asked some genuine financial experts for some GoT-inspired tips on how you, just like those pesky Lannisters, can make sure you pay off all of your debt.

Every time you pay off a new loan or credit card, it’s going to feel good. And it should!

The only problem is that sometimes that good feeling can bleed over into cockiness. You just paid off that credit card, so what’s the harm in splurging on a new PS4, right?

It’s a lot like running a 5K and then rewarding yourself with a giant ice cream sundae and six-pack of beer. If you’re not careful, all that great work you did will get undone in the blink of an eye.

And speaking of eyes…

Ian Atkins, an analyst and staff writer for Fit Small Business, says that “Once you begin paying down your debt, you may be tempted to let up. Here’s my one word of warning: Don’t make the mistake of Prince Oberyn Martell (The Red Viper).”

“If you’ll remember, Prince Oberyn put on a dominant martial display in his duel against The Mountain. But when he sensed victory was imminent, he let up. The Mountain, never one to give up, recovered and The Red Viper was left with a rather massive headache.”

“The lesson for those paying off debt,” says Atkins, “is to remember that your enemy will never give up. Interest rates are relentless, marketing efforts are merciless, and just like The Mountain, your debt will take advantage of any opportunity you give it.”

“If you have your debt on the ropes, finish it off. If you let it stay in the fight, you might be left with your own headache.”

Save for a rainy (or a wintery) day

“In the Game of Thrones universe,” says Sweeney, “everyone is perpetually preparing for winter and how the harsh climate will affect their lives—particularly since winters in this universe generally last a few years on average.”

Sweeney says that, “While you’re paying off your debt, my advice would be to also make sure you are establishing a financial cushion and not putting all of your money strictly towards debt.”

“Put aside small chunks from your paychecks to build up your savings so that you have a safety net in place in case of unexpected emergencies—which may or may not include preparing to face the White Walkers.”

One of the great things about the new Game of Thrones season is that finally, finally, winter is here, and it’s bringing the White Walkers with it. And while you won’t be nearly as excited when your own financial winter descends, you will be much happier if you are prepared to meet it.

The characters on Game of Thrones have dragon glass, Valyrian steel, actual dragons, and a giant honkin’ ice wall to help them fight off the White Walkers. Next to that, a few thousand dollars in an emergency fund is a piece of cake!

Choose a fighting style that fits your strengths

Not everyone on Game of Thrones fights their battles the same way. Take Arya and The Hound, for instance. Whereas he wields a giant broadsword and cuts through his enemies like an angry bull, she prefers her rapier, Needle, and the balletic “Water Dancing” style of swordsmanship from Braavos.

If The Hound fought like Arya, or Arya fought like The Hound, it wouldn’t end well for either of them. Each has found a fighting style that suits their strengths and compensates for their weaknesses.

The same principles hold true when you’re choosing a debt repayment strategy. (And believe us, you are going to want a strategy.) A person who needs early accomplishments to keep going will need a different style than someone who doesn’t mind the longer grind but needs to save as much money as possible.

Kelsay Dickey is a financial coach and the founder of Fiscal Fitness Phoenix. In the style of one of Game Of Thrones’ great mentors, Jaqen H’ghar, she has an overview of four useful strategies for debt repayment:

The Debt Snowball (Winter is Coming!): “Paying off the lowest balance first is great for people that lack motivation to pay off debt or need quick wins to stay motivated. Once you pay off the lowest balance, you move on to the next lowest balance and continue the process. Much like when Khaleesi started with nothing and with each new city she conquered she acquired a bigger and bigger army to help her ascend to the throne, you can pay off debt and see the big impact with each debt you pay off.”

The Avalanche Method: “Pay off the debt with highest interest rate first. This is great for people that have one or two very high-interest rate debts (like a payday loan or really high-interest credit card) which is costing them a lot of money in interest every month. Littlefinger is a master of puppets and kills off the biggest obstacles that cost him the most first. Kick that debt through the Moon Door!”

The Kiyosaki Method: “This excludes real estate; you pay off the debt with the highest monthly payment first. This is best for people that have very little wiggle room in their monthly cash-flow and if they clear out these higher monthly payments they will be able to have more available cash for emergencies and other debt. The Night’s Watch has to make do with what they have, which is little help from anyone else. If you have expenses coming at you from all sides with no escape, pay off the highest monthly payment first to give you more room to battle the Night King.”

The Most Emotional Baggage: (This repayment method is of Dickey’s own creation.) “There are just some debts that make you feel really yucky and jaded when you pay them.  This could be the credit card you used to pay your divorce attorney or your student loan that you abused or the like.  Give yourself permission to pay those off first, get that weight off your chest then move on to another strategy once you pay it off.  Sometimes you get mad at someone for not marrying your daughter and have to get them out of your life.  No big deal….”

Whichever strategy works best for you is the one that you should choose. Remember the lesson taught by Bronn after he defeated Lysa Arryn’s knight during Tyrion’s trial by combat in Season One. Bronn knew that he couldn’t best the heavily armored knight one-on-one, but he could evade the man until that same armour tired him out–at which point Bronn stabbed him with ease and pushed him through the Moon Door.

Bronn knew how to play the situation to his advantage. When it comes to paying down debt, you should do the same. 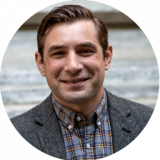 Kelsa Dickey (@IamFiscallyFit) is a financial coach from Mesa, AZ. She has been helping individuals take the stress out of money management since she began Fiscal Fitness Phoenix in 2010. Her clients, which include women, men, couples, small business owners and larger companies, turn to Kelsa for honest advice and practical guidance. Her goal is to help her clients see their money as a way to achieve their dreams, not the thing that keeps them from dreaming big. 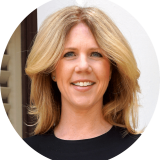 Deborah Sweeney (@deborahsweeney) is the CEO of MyCorporation.com (@mycorporation). MyCorporation is a leader in online legal filing services for entrepreneurs and businesses, providing start-up bundles that include corporation and LLC formation, registered agent, DBA, and trademark & copyright filing services. MyCorporation does all the work, making the business formation and maintenance quick and painless, so business owners can focus on what they do best. Follow her on Google+ and Twitter.

How to Get Rich Quick in These 6 Fantasy Worlds