Are College Millennials Responsible with their Parents’ Money?

Matt Pelkey, CFEI
Matt Pelkey, CFEI, is the director of education for OppU where he has successfully implemented personal finance courses, scholarship opportunities, and financial literacy resources for students and adults of all ages.
Updated on January 3, 2022

Ninety-one percent of millennials say yes, but the data tell a different story.

Do college students spend their parents’ money responsibly? It depends on whom you ask: the students, or the parents.

Should Parents Give their Kids Spending Money in College?

College is expensive. In the past 30 years, tuition has increased 129 percent and now averages approximately $35,000 for one year at a private school. For some parents, any additional cost might not be in their budget, but for others, providing their college-bound kids with spending money might seem like an important contribution to their educational experience.

Parents who choose to give their kids money in school often have different reasons for doing so. Some might want them to spend more time on homework rather than working a campus job. Others might want their kids to enjoy college and get to real-world concerns later. Whatever the reason, deciding to provide students with recreational funds will inevitably raise a number of questions for parents. How much? For what? Will it help?

To explore how millennials use the money they receive, we polled 1,000 18- to 34-year-olds whose parents gave them spending money in college. The results uncovered details about how much millennials receive, how they spend it, and whether their parents know what they’re spending it on.

Who Gets Money from their Parents?

Overall, our survey found that the stereotype of lazy, spoiled millennials mooching off their parents largely didn’t hold up. In fact, the majority of millennials who receive recreational money from their parents work campus and summer jobs, contribute to their education, and take out student loans to finance their degrees.

While there was a large degree of variation in how much money millennials received, the majority (67 percent) received $2,000 or less annually.

How Do College Millennials Spend Recreational Money from their Parents?

Some of the millennials we polled said they primarily spent their parents’ money on partying. However, this response was relatively rare — only 15 percent of respondents said that’s how they used the funds. Far more common were relatively innocent purchases that might not contribute to a student’s education, but likely made school a bit more enjoyable. Respondents reported the following expenses as primary uses of their parents’ money.

Do Parents Know How Their Money Is Being Spent?

According to the survey responses, most parents have a system in place to keep track of how their money is being spent. In some cases, millennials said their parents reviewed their purchases by looking at credit card or bank statements. However, some parents took a less formal approach and instead favored conversations with their kids.

While many millennials reported parental oversight, a significant percentage reported a lack of transparency in their conversations.

Only 10 percent of millennials said their parents never reviewed their spending.

Does Recreational Money Help a Student Do Better in School?

Aside from a family’s budget, one of the most important considerations for many parents interested in providing their kids with money is whether it will help them do better in school. Our survey found that millennials overwhelming reported that recreational funds from their parents contributed to their academic success.

The percentage of millennials who said receiving recreational funds from their parents did not produce academic benefit was much smaller.

In addition to academic benefits, 85 percent of millennials said that receiving recreational money from their parents helped them develop personal finance skills. Financial literacy is important. This is especially when the majority of college students make serious financial mistakes soon after finishing school.

Why Do Parents and College Millennials View “Responsible” Spending Differently?

Our survey found that college millennials primarily use their parents’ money for three categories of expense: eating out, purchasing clothes, and buying drinks and snacks. To many millennials, these purchases were an example of responsible spending, but a significant percentage noted that their parents might have a different opinion.

What explains the conflicting perspectives? Generational differences (likely influenced by an income gap between millennials and baby boomers) may play a key role. But whatever the cause, parents clearly have a more rigid idea of how their money should be spent, and it’s not hard to imagine how this would affect their view of a student’s spending.

For students, what parents may view as luxuries could be considered essentials. Many millennials in our survey said they were spending on social activities such as eating out, trips, and movies. And as a generation, millennials are known for fervently investing in self-care, with a reported 94 percent making personal improvement commitments.

There might be good reason that young people are making these spending decisions. Academic pressure and financial burden are two of six factors that research has implicated as contributing to an ongoing mental health crisis. Therefore, indulging in activities that lower stress may boost a students’ general well-being and ultimately help them better manage their academic work load.

From the other perspective, if purchases that don’t directly contribute to educational costs are deemed unnecessary, then it’s easy to see how parents might view millennials as entitled, reckless spenders focused on instant gratification. However, while some parents clearly have more rigid ideas about how the recreational money they give their kids should be spent, it may console them to know that millennials aren’t as reckless as they may think. In fact, employed millennials have been found to have better financial habits than their elders.

We analyzed responses from five states (Illinois, Texas, California, Florida, and New York) and found a range of regional differences in the financial relationships that millennials have with their parents.

Millennials in Illinois were less likely to avoid the topic of spending with their parents, but more likely to lie about it. To some degree, this makes sense. If Illinois parents are more likely to ask about spending, their millennial kids are forced to answer and account for their spending—either honestly or not. Of the five states we analyzed, millennials in Illinois were one of the least likely to describe their spending as “very responsible.” (Illinois was second only to New York in this category.)

Of the five states OppLoans analyzed, millennials in California were most likely to say they spend their money “very responsibly.” It’s surprising then that California millennials were also most likely to dodge the topic of spending in conversations with their parents. A full 17 percent successfully avoided conversations compared to five percent of millennials in Florida. If California millennials are representative of the generational difference in attitudes towards money habits, it makes sense that they judged themselves as financially capable, whereas their parents did not agree.

5 Ways That Parents Can Ensure Spending Money is Spent Right

While our survey found evidence that recreational money can improve academic performance, we also discovered that some students use it for purposes contrary to what their parents likely intended. To help those who wish to provide effective financial support, we spoke to Beth Tallman, an expert in millennial finances, who compiled five tips for parents with college-bound kids.

OppLoans contracted the polling company Pollfish to conduct a survey of 1,000 millennials between the ages of 18 and 34 who received recreational funds from their parents while attending college. The survey ran on July 28, 2018. Fifty-five percent of respondents were female and 45 percent were male. Respondents self-reported financial behavior. The survey used a nonprobability sampling method. The sample size was statistically significant. 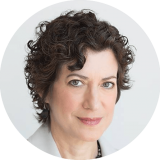 Beth Tallman is a financial educator, freelance writer and consultant. She writes on personal finance and financial education, conducts student workshops, and develops educational content. Ms. Tallman is the treasurer of Ohio Jump$tart Coalition and is a regular contributor to NextGen Personal Finance.

For V-Day, 88 Percent Say It’s the Thought That Counts