Opploans Blog Budgeting What Does “Pay Yourself First” Mean?
Updated on: May 12, 2020

What Does “Pay Yourself First” Mean?

Do you ever feel like your paycheck is a magician performing a disappearing act? One second you have a nice new chunk of money in your bank account, and the next you’re scrounging under the couch cushions for change to pay your electric bill.

If you’re someone with low income and bad credit, this “disappearing paycheck” act can feel like an especially cruel joke. Between bills, groceries, and debt payments, it just seems like you can never get ahead!

Unless…you decide to pay yourself first.

Heard that phrase before? It’s pretty popular these days with personal finance-types. And it could be the key to cutting your paycheck’s disappearing magic trick off at the knees.

Okay, but what does “pay yourself first” mean?

Gaby Lumby is a CPA and part of the team behind the popular personal finance website Cash Cow Couple.

“The “pay yourself first” philosophy is a pretty simple concept,” says Lumby. “Whenever you receive income (from a job or business), you pay yourself first by investing/saving a certain percentage right off the top. So if my goal is to save 20% of my income, I take 20% of my net pay each paycheck and invest that in the best way I see fit.”

Lumby says that “The reasoning/thinking behind saving/paying yourself is this: if you wait to pay all your bills and all the other odds and ends that go into life, you will never have enough money to save. There is always something that comes up that gets in the way of saving.”

“But, if you automate the savings by paying yourself first each time you get income, then you will have to only spend what is left over. It is amazing how much easier it is to live on a portion of your total income when you don’t give yourself the option of spending all of it in the first place,” he says.

“The Richest Man in Babylon”

Justin Goodbread is a Certified Financial Planner and the owner of Heritage Investors. He also blogs about personal finance at FinanciallySimple.com.

I personally subscribe to the pay yourself first method because I believe it adds the most long-term net worth to a client’s financial position,” says Goodbread.

“I first read this concept in the old book called the Richest Man in Babylon which is perhaps but most favorite Finance book today still.”

First published in 1926, “The Richest Man in Babylon” was a book of financial advice written by Samuel George Clason. The book presents its advice through a series of parables about characters in ancient Babylon.

Instead of “pay yourself first,” the advice is presented here as “a part of all you earn is yours to keep.” The book specifically states that a person should keep 10 percent of everything they earn for themselves.

While many stick to that 10 percent mark when talking about “pay yourself first,” a person can certainly “pay” themselves more if they can afford it.

The idea behind this pay yourself first method is to set up a budget where 10% of your earnings goes into an investment account or into alternative investments to build long-term net worth.”

“The reason why I like the pay yourself first method is because in today’s society it seems like our dollars are often stretch too many different ways and if we leave ourselves till last many times we don’t take care of ourselves,” says Goodbread.

“There’s an old saying that ‘the cobbler’s kids shoes are never shod.’ The idea behind this is that many times we get so busy taking care of others that we forget to take care of ourselves. So whenever I meet with a client I often work with him to develop a budget to where the first 10 percent of their earnings goes into an investment account like a Roth IRA or a 401k.”

He adds, “This is not to say this is the same money which should go to pay down debt. Obviously, debt is a big burden for many Millennials and Gen-Xers but we still must set aside the first ten percent to pay ourselves.”

Robert R. Johnson is the president and CEO of The American College of Financial Services. He says, “Pay yourself first is important because if people don’t do so, they will find themselves with too little in savings to sustain themselves in retirement.”

“We all have many worthy competing financial goals in life. For instance, purchasing a home, saving for a child’s college education, etc.  The difference with the retirement savings goal is that if one falls short, one has only two options and neither are attractive—that is, having a lower standard of living or working longer.”

“One has options with other goals,” says Johnson. “For instance, one can continue to rent or buy a less expensive home. With college, a child can attend a less expensive school, attend community college, or work during school. One can also take out student loans.”

“Options are valuable, and having adequate retirement savings affords an individual options. When faced with retirement and a lack of savings, the only options are to work longer or to accept a lower standard of living in retirement. And, oftentimes the option of working longer isn’t available because of health reasons—a person’s own health or that of a loved one.”

“Too often one thinks about saving what is left over after current spending needs are exhausted. The proper way to look at it is to pay yourself first, and then spend what is left over,” he says.

According to Johnson, “Developing systematic behavior is the key” when it comes to paying yourself first.

“People should first have the maximum amount they can put into a tax deferred investment plan done so via payroll deduction,” says Johnson.

We’ve written before about the importance of creating a budget if you want to save money and pay down debt. Creating systematic behavior through a budget—deciding what expenses are “needs” versus “wants”—is the same kind of discipline that will help you “pay yourself first.”

So if you want to pay yourself first, then our advice is simple: make yourself a budget. Paying yourself first is going to be easier than you think it is, but it does require some planning up front. 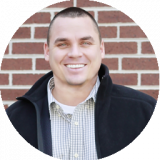 Justin Goodbread is the owner Heritage Investors (@Knoxadvisor), a wealth management company located in Knoxville, TN.  After several years of working in a large wealth management firm, Justin and his business partner and I ventured out on their own in 2009. He writes a blog FinanciallySimple.com and is a contributing author for many nationally recognized publications. To learn more about Justin, visit financiallysimple.com/justingoodbread/. 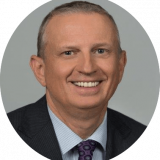 Robert R. Johnson, Ph.D., CFA ® , CAIA ® , CLF ® , is the President and Chief Executive Officer of The American College of Financial Services (@TheAmerCol). Bob is the author of multiple books and scholarly articles. He is co-author of the books Invest With the Fed, Strategic Value Investing, The Tools and Techniques of Investment Planning, and Investment Banking for Dummies. His articles have appeared in The Journal of Finance, Journal of Financial Economics, Financial Analysts Journal, and Journal of Portfolio Management. Gabe Lumby is an accomplished CPA who owns a successful accounting practice built from scratch. He is also the marketing director for CashCowCouple.com (@CashCowCouple), a popular personal finance website.

The 101 on Health Savings Accounts

Are Cheap Tires Safe Enough to be Worth the Savings?