The Best Financial Decision I Made in My 20s

Samantha Rose
Samantha Rose is a personal finance writer covering financial literacy for OppU. Her work focuses on providing hands-on resources for high school and college-age students in addition to their parents and educators.
Read time: 6 min
Updated on May 20, 2022

Eight moves that paid off big.

Your 20s are difficult. You make decisions, regret mistakes, and learn to adapt. Eventually you find your path, but until then the road is full of hurdles. The process of trial and error is part of being young, but when there’s money on the line, make sure you do it right the first time.

But easier said than done.

One way to set yourself up for success later in life is to learn from those who have already been through it. They say hindsight is 20-20, so if you have questions, don’t hesitate to ask — you just might find the advice you need.

We talked to eight professionals about the best financial decision they made in their 20s and what they learned from it. Here are the stories they shared.

Vickie Pierre, a writer with USInsuranceAgents.com, said her best financial decision was paying off her credit card debt. Pierre’s first job was as a journalist — making next to nothing. She opened several credit card accounts and racked up thousands in debt.

After her car was totaled, Pierre needed to purchase a replacement. When the car dealer ran her credit score, reality struck. Her score was in the low 600s and she was required to add a cosigner on her auto loan.

“From that day forward, I decided I would never be in a position where I needed someone to bail me out because of bad credit,” Pierre said.

She immediately cut up her credit cards, used the debt snowball method to pay off her balances, and eventually achieved financial freedom. Today, Pierre is living off of the decision she made a decade ago. She is debt-free and has a credit score over 800. In fact, she’s looking toward home ownership.

Audra Kershner, the CEO and founder of Mulling Over Maybe, said that her best financial decision was not waiting for a “real” career to invest.

“Time is everything when it comes to taking advantage of compounding interest,” she said.

Rarely do people in their early 20s feel like they have enough money to start investing. Kershner didn’t let that stop her. She put any amount she could — even $50 — into a Roth IRA account. After more than 40 years of growth, that sum will serve her well in the future.

According to Cyrus Vanover, the founder of the Frugal Budgeter, his best decision saved him thousands of dollars on college tuition.

When Terry McDougall was 27 years old, she received important advice from her boss. He advised her to invest in the company’s stock purchase plan. The Fortune 500 company she worked for allowed employees to buy stocks at a 15% discount.

McDougall, now an executive career coach, followed his advice. Six years later, she and her husband cashed in the stocks to pay down their first home.

“I'm very thankful for the advice that I received, because investing consistently over time is such an important part of successful investing,” McDougall said.

No. 5: Starting a side hustle

Tom Blake, the owner of This Online World, said starting a side hustle during college was the best financial decision he made in his 20s. During college, he felt anxious about his future career plans and finances.

Blake took initiative and created a blog. At first his goal was to earn enough money to pay for groceries. Two years later, his blog earned a steady stream of income — about $1,000 each month. The side hustle also helped him score freelance writing jobs, learn digital marketing skills, and network with interesting people. But it wasn’t always easy sailing. Building the blog took hard work and consistency. And the $100 Blake paid to host the website was considered a huge investment at the time.

Blake’s advice to other 20-somethings is to start a side hustle.

“Having more irons in the fire helps diversify your income and teach you new skills,” Blake said. “Besides, you never know where your side hustle will take you.”

No. 6: Holding onto a summer job

“The best financial decision I made in my 20s was to keep my high-paying job in my home town,” said Brianne Bell, the founder of Frugal Minimalist Kitchen.

During college Bell retained her summer job and moved back home during breaks. Her high-paying summer job enabled her to work less overall and take out fewer student loans. And there weren’t any gaps in her employment. She remained a casual worker during the academic year and then started working right away in the summer.

Ultimately, this arrangement saved Bell thousands of dollars during college.

Job hopping was one of the best financial decisions for Katelyn Magnuson, a freelance CFO. Her frequent career changes increased her opportunities and pay. Within five years, her salary grew from $22,000 to just shy of six figures.

“Had I not leveraged new positions, my salary wouldn’t have climbed as quickly, and I wouldn’t have the diverse work experiences that make me a great business owner now,” Magnuson said.

“There was a moment in which I thought I didn’t need insurance in my 20s,” said Milos Djordjevic, the co-founder of SaveMyCent. In the peak of health, Djordjevic nearly opted out of health insurance. He had an unstable income at the time and believed he could cut corners on insurance. But reason won out and he purchased an insurance plan.

Then the unexpected happened.

Months later, Djordjevic injured his leg and was left unable to move or work for six weeks. Fortunately, his insurance policy afforded him ample time to recover. He wasn’t financially devastated or forced to move back in with his parents.

His advice? Purchase health insurance and start a habit of paying the expense in your monthly budget. If you don’t create the habit before developing an expensive lifestyle, it might become too difficult to catch up later, Djordjevic warned.

Making money decisions is tricky, but with a little patience — and advice — you can find the right path. 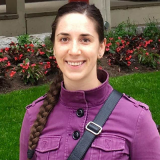 Brianne Bell paid off $50,000 in student debt while traveling and only working part time. Now she lives a frugal and minimalist life in one of the most expensive cities in Canada. Bell is also a Registered Dietitian Nutritionist who provides tips and ideas on how to simplify and save money in the kitchen at her website Frugal Minimalist Kitchen. 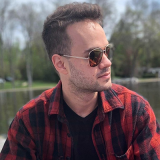 Tom Blake is a freelance writer and blogger at This Online World. Blake discovered his love of personal finance while trying to make ends meet in college. He now helps other young adults learn more about their personal finances. 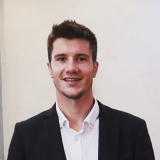 Milos Djordjevic is the co-founder of SaveMyCent. He is passionate about economics and digital marketing. He is interested in sports, traveling, and seeking knowledge in different industries. As a former athlete, he’s always setting new goals and trying to make the web a better place. 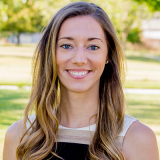 Audra Kershner is the CEO and founder of Mulling Over Maybe, a personal finance and professional development blog. With a passion for financial independence and education, she developed Mulling Over Maybe to help others achieve their goals. Soon to graduate with her MBA, Kershner aims to break the faux pas nature of personal finances and help others become more excited and confident in their ability to build a wealthy life. 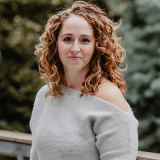 Katelyn Magnuson is a lover of life, travel, and financial independence. Known as the Freelance CFO, Magnuson teaches how to automate your money and hit big financial goals while still buying daily lattes and weekend brunch. She is proud to be able to help entrepreneurs around the world keep their books in order while working towards large financial goals. 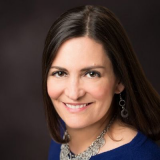 Terry Boyle McDougall is an executive and career coach and CEO of Terry B. McDougall Coaching. She helps high-achieving professionals remove obstacles that keep them stuck so they can enjoy more success and satisfaction in their lives and careers. Before becoming a coach, McDougall was a long-time corporate marketing executive where she led teams, developed strategies, and advised senior leaders to drive business results. She is the author of “Winning the Game of Work: Career Happiness and Success on Your Own Terms.” 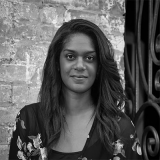 Vickie Pierre is a writer and researcher for the insurance comparison site USInsuranceAgents.com. She has a bachelor’s degree in broadcast journalism, with experience on both sides of the camera — as a television news reporter, and as a videographer and editor. 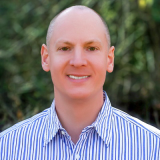 Cyrus Vanover is a financial copywriter at the Frugal Budgeter who has written for companies of all sizes. He is the author of the personal finance book "Earn A Debt-Free College Degree." His goal is to help families save money, make more money, and achieve financial independence. Based in the mountains of Virginia, he enjoys hiking the local trails, listening to 80s music, and reading books on military history in his spare time. 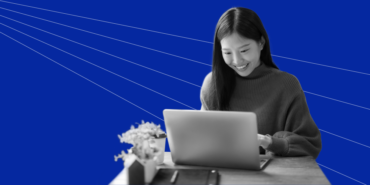 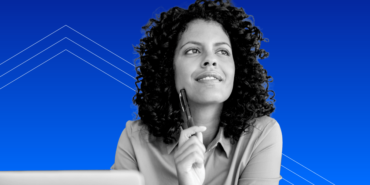