Does Medical Debt Really Go Away After Seven Years?

Andrew Tavin, CFEI
Andrew Tavin is a personal finance writer who covered budgeting with expertise in building credit and saving for OppU. His work has been cited by Wikipedia, Crunchbase, and Hacker News, and he is a Certified Financial Education Instructor through the National Financial Educators Council.
Read time: 5 min
Updated on March 14, 2022

Like all urban myths, the "seven-year rule" does contain a small kernel of truth. But sorry, folks, it's just not that easy.

Because debt can be destructive to financial health, it’s not surprising that some may hope for it to just go away on its own.

One of our writers shared a story about medical debt that she saw on social media. We decided to let her tell it firsthand:

I was scrolling on Facebook …  when a post from a friend who’d been having medical issues caught my eye. She was uninsured, and [for the past few months, had] been dealing with a chronic illness that left her in and out of the emergency room on a weekly basis. The post was a photo of her latest hospital bill, a whopping $60,000 charge she had absolutely no way to pay.

“File this under ‘things I’ll be ignoring for the rest of my life,'” she wrote, ending with a laugh-cry emoji that seemed to perfectly encapsulate the futility of her situation. In the comments below, dozens of friends and family expressed shock and sympathy for her plight, and I noticed a theme. Many of the commenters seemed to think that she didn’t need to pay off those bills.

“Don’t worry about it,” wrote one man. “Medical debt disappears after seven years. You’ll have bad credit until then, but after the seven-year mark you’ll be home free!”

This comment had several likes and affirmations under it. I sat there staring at it for a few moments, wondering why this idea seemed to have so much consensus behind it. It couldn’t possibly be true, right? Why even bill anyone for medical services if they’re not actually required to pay that balance off?

Unfortunately, for this friend, and all the fervent believers in the seven-year rule, getting rid of medical debt is not quite that simple.

The 7-year figure does come from somewhere

The belief that medical debt will magically disappear after seven years might not be entirely accurate, but there are consumer laws in place that limit the amount of time certain negative information can stay on your credit report. This includes medical debt.

According to provisions in the Fair Credit Reporting Act, most accounts that go to collections can only remain on your credit report for a seven-year time period. After that, they shouldn't negatively affect your credit score anymore.

There are, of course, some exceptions to this rule. Chapter 7 bankruptcy filings stay on your credit report for 10 years. Judgments stay either seven years or until the statute of limitations in your state is up, whichever is longer. And here’s one more caveat: While unpaid medical bills will come off your credit report after seven years, you’re still legally responsible for them. Taking those debts off your report just means they will no longer be held against you when you apply for a loan, an apartment, or a job.

In September 2017, the three major credit bureaus — Equifax, Experian, and TransUnion — implemented a new rule to give patients a 180-day grace period to resolve their medical debt before it shows up on their credit reports.

The six-month wait is designed to help people with a common dilemma — the need for time to make necessary payments or finalize issues with insurers. Once a medical debt gets paid, check that the listed account is removed from your credit report. If an account is 180 days old and unpaid, it will be added to a consumer’s credit file.

If you have health insurance, you’re probably paying more than enough in premiums. Your credit score shouldn’t take a hit for medical procedures that are covered anyway.

Statutes of limitations on debt collection

In addition to federal law, many state laws limit the amount of time that an old debt is enforceable, or they set a time limit for which collectors, lenders, or creditors can use the court system to legally force you to pay for a debt.

Different categories of debt have different limits, but in general, most debt falls into these four categories:

Financial coach and CPA Allison Bishop recommends speaking to a hospital’s billing department as soon as you can. She points out that hospitals do not make much money from selling their debts to collection agencies. That means they will likely be open to working out a payment plan or even accepting partial payment.

“Unless your medical debt goes into collections, you probably won't see it on your credit report, as medical practices aren't typically in the habit of reporting to the credit bureaus,” Bishop says.

Medical debt might not be as damaging as some other forms of debt. But you will be better off trying to address it instead of waiting and hoping it will just go away. 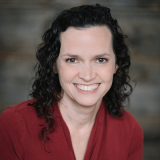 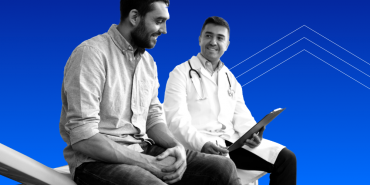 Can Personal Loans Be Used for Medical Debt or Medical Emergencies?