Ashley Altus, CFC
Ashley Altus is a personal finance writer for OppU, covering financial planning with a focus on money management and household finance. She is also a Certified Financial Counselor through the National Association of Credit Counselors. Her work has appeared with O, the Oprah Magazine; Cosmopolitan Magazine; The Smart Wallet; and Float.Today.
Updated on September 21, 2021

When you’re severely indebted, can’t keep up with payments, subject to foreclosure, and have exhausted all other avenues for debt relief, it may be time to file for bankruptcy.

Bankruptcy provides relief for those struggling with intense financial difficulties by forgiving debt. It allows consumers to settle debts with their creditors for less than the amount they owe.

With 17.8 million people unemployed during June 2020, according to the U.S. Bureau of Labor Statistics, many Americans have had to drain their savings and pursue debt forbearance programs.

Know the alternatives before filing for bankruptcy

As bankruptcy filing has long-term impacts on your creditworthiness, it’s typically considered a final remedy for those in financial turmoil. Negative information can stay on your credit report for up to seven years, while bankruptcy can remain for up to 10 years, depending on the type of bankruptcy you file.

You can lose your house, car, or other valuable property after filing for bankruptcy. You can also have a portion of your income earmarked for debt repayment.

Before filing for bankruptcy, you will be required to complete a credit counseling program to ensure the bankruptcy court you’ve exhausted all other financial options. Here are a few financial options that may be available to you:

Certified financial counselors set up debt management plans, which can lower your monthly debt payments and interest rates. Plan participants pay a lump sum monthly to the credit counseling agency, which then pays all of your creditors.

For consumers who have mismanaged their finances, it’s best to learn from past financial mistakes. Nonprofit agencies can provide resources and education to help you learn best practices when it comes to money management.

If coronavirus has left you struggling financially because of a job loss, contact your creditors to inquire about forbearance programs. These programs won’t forgive debts, but they can temporarily suspend payments until your financial situation turns around. A hardship program can defer credit card, auto loan, and debt payments, and may help to prevent dings to your payment history.

When to file bankruptcy

Once you file for Chapter 7 bankruptcy, which is near complete debt forgiveness, you can’t file again for another eight years.

“You want to pick a time to file where it can benefit you the most, because once you file, you can’t file again for a number of years,” says Michelle White, Ph.D., professor of economics at University of California, San Diego.

For this reason, timing bankruptcy when you’ll be able to take the most advantage of a fresh financial start is important. You may be struggling financially now, but it may be worth waiting to file until your debt is truly unbearable so all of your debt can be discharged.

Which type of bankruptcy is right for you?

It’s most common for Americans to file for Chapter 7 and Chapter 13 bankruptcy protection.

A data analysis from ProPublica found discrepancies in success rates between filing for two different types of bankruptcy:  Chapter 7 and Chapter 13. Only about 41% of debtors who filed for Chapter 13 had their debts discharged in comparison to 96% of debtors who filed for Chapter 7. For this reason, Chapter 7 is often viewed as the more favorable option, as it guarantees debt relief.

You can file for bankruptcy yourself or with a lawyer, but the bankruptcy success rate for discharging debt is much higher with a bankruptcy lawyer, says Pamela Foohey, professor of law at Indiana University Maurer School of Law.

Knowledge of complex bankruptcy laws is crucial to best navigate the court system. Only 2.3% of debtors who filed for Chapter 13 pro se, meaning for oneself, completed debt repayment plans in comparison to 41.4% of those who filed with an attorney, according to an article in the American Bankruptcy Institute Journal.

“An attorney should walk you through which chapter is the right choice for you financially,” Foohey says.

Chapter 7 is the simplest and least expensive form of bankruptcy, as it discharges nearly all of your debts by selling off of your assets that are not exempt. Basic cars, work-related tools, and basic household furnishings are usually considered exempt, but your property can be seized during Chapter 7.

Your bankruptcy attorney will conduct a means test to evaluate if you qualify for relief to file Chapter 7. A means test will compare your income with the median income of similar households in your state. If your means are below, you can file for Chapter 7, which is considered more favorable as your basically guaranteed debt relief quickly.

“If your income is still high enough to force you into Chapter 13, you don’t want to file until you can go with Chapter 7 for complete debt forgiveness,” White says.

Failing the means test suggests you have positive disposable income to pay down your debt and you’ll be forced to file for Chapter 13 instead.

When a person files Chapter 13, they repay all or parts of their debts in accordance with a repayment plan set up by the court. The debtor makes payments directly to the court who then pays the creditors. Creditors will receive a percentage of the debt owed over the three to five-year plan. At the end of the repayment period, the remaining debt balance is discharged.

With Chapter 13, consumers can keep their property. It also gives you the chance to become current with home payments and avoid foreclosures.

Bankruptcy and your FICO score

Bankruptcy initially has a negative impact on your credit score. The first couple of years are probably the worst on your credit record, but things will gradually improve.

However, filing for bankruptcy won’t make much of a difference if your credit score had already hit rock bottom and you were defaulting on payments.

“When people file for bankruptcy, often their credit score was so low and they were in debt for so long, they benefited from getting rid of unsecured debt,” Foohey says.

Your score may actually increase from filing for Chapter 7, as all of your unsecured debt will be discharged. With no debt, you may now appear favorable to creditors.

“The minute you file for bankruptcy, you’ll get a stack of new credit card offerings, which you should shred,” Foohey says.

The median credit score for people who filed for Chapter 7 increased after filing, according to data from the Consumer Financial Protection Bureau. Chapter 7 filers had all of their debt discharged in a couple of months. Because Chapter 13 filers still had their debt for three to five years, their credit scores didn’t rebound as quickly.

Rebuilding your credit history after bankruptcy

Even with a bankruptcy, obtaining a good credit score is still possible by practicing responsible personal finance habits.

While bankruptcy does remove many of your debts, chances are you’ll still have some obligations to pay, such as rent, a mortgage, a car loan, or student loans. You don’t need to apply for additional lines of credit. Making on-time payments with your debt can help re-establish your credit after bankruptcy. 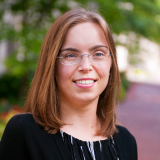 Pamela Foohey is a professor of law at Indiana University Maurer School of Law and chair of the Advisory Board to Indiana University’s Center for Law, Society & Culture. Foohey’s research centers on bankruptcy, business, consumer finance, and commercial law. Her work in business bankruptcy focuses on non-profit entities, with a particular emphasis on how churches and other religious organizations use bankruptcy. She also is a co-investigator on the Consumer Bankruptcy Project, a long-term project studying people who file bankruptcy. 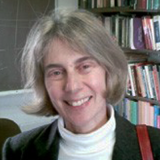 Michelle White, Ph.D., is a professor of economics at the University of California, San Diego; research associate at the National Bureau of Economic Research; and visiting professor at CK Graduate School of Business in Beijing. During the past several years, her research has focused on the personal bankruptcy system in the United States and the effects of the U.S. bankruptcy reform adopted in 2005.