How Do Millionaires Go Broke? 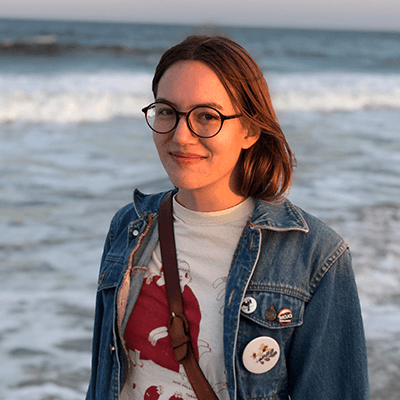 Carly Marie
Carly Marie is a content marketing specialist from Florida who covers personal finance. Through her writing, she strives to educate and connect with readers.
Read time: 5 min
Updated on May 26, 2022

Poor budget choices and failure to follow simple basic financial principles can send even the richest people with a high net worth into debt.

Millionaires have more money than most of us can imagine. $1 million equates to one thousand months, or 83 years, of the average rent price in America. $1 million is approximately the price of four Ferraris. $1 million is 1,000 iPhones.

For the average person — who in America, is unlikely to have even $1,000 in savings for an emergency — it’s inconceivable what it would be like to have so much money.

So how does someone who has at least $1 million dollars just go broke?

Everyone Needs a Budget

$1 million sounds like an everlasting amount of money, but it is, in fact, finite. Even $1 billion does come to an end at some point. At the end of the day, having a large net worth does not guarantee security, a good credit score, or everlasting happiness.

If millionaires wish to use their money wisely, they need to get down in the mud and work out a budget. Of course, many of them hire financial planners instead of using free spreadsheet software (or a piece of paper) to work out where their money should go. But the same principle applies — take on some personal finance 101. Decide how to spend your money before you actually spend it.

Just like how non-millionaires can be impulsive and fail to track where their money is going, millionaires are also capable of making this budgeting mistake. People are people, and they make emotional decisions. If a millionaire doesn’t budget properly and starts spending on personal chefs, expensive cars, and other luxury amenities, they will quickly run out of money. Sometimes millionaires — especially new millionaires — feel they have so much money, that they lose perspective on what they can afford.

According to an article from Bleacher Report, 60% of NBA players file for bankruptcy five years after retirement. Analyzers theorize it’s because it’s common for athletes to come from middle-class or even low-income families. Therefore, they don’t likely have the financial literacy to spend their millions responsibly —- or have a good perspective on the limitations of their access to cash.

While the NBA is working to instill financial literacy in their players, this can be a lesson for anyone. Budgeting is important. And if you come into unexpected money, take a minute to decide the wisest way to spend it instead of celebrating by buying everyone in the bar a drink.

They Lost Their Primary Stream of Income

If millionaires are relying on one primary stream of income, and that stream fails them, then they are in a position to go broke. This happens to millionaires the same way it happens to us. If you only have one job, or your household has only one breadwinner, then it can be devastating to lose that job. It’s just the same for millionaires, but it’s on a much bigger scale. And if their financial planner didn’t anticipate the loss of income, they may not have enough money to pay off debts or maintain their lifestyle.

The truth is this: Those with the most money usually try to maintain multiple streams of income. In fact, according to research by CPA and finance author Thomas C. Corley, 65% of self-made millionaires had three streams.

The wealthy who put all their eggs in one basket can find their earnings pulled out from under them if that business sours. Patricia Kluge, for example, was a billionaire heiress who invested her cash reserves in her own Vineyard business. When the housing market crashed, the Vineyard dropped in value. Kluge auctioned off all her fine jewelry, but it wasn’t enough to save her from taking huge hits to her net worth and filing for bankruptcy.

The average person can learn from this. While you might not need multiple jobs, it’s smart to diversify where your earnings originate in order to protect yourself in case something happens to one of those streams. People only have so much control over the success of their money sources. Additionally, keeping an eye on the job market and maintaining skills that can apply in multiple industries can make a difference for you in case you lose a job or your industry loses relevancy and you get laid off. You probably don’t want to have only highly specialized skills that won’t make you appealing to anybody but your own company.

Just as risky as it is to have only one stream of income, it’s also risky to put a lot of money you own in one investment — or multiple risky investments — since you can lose a lot of money quickly.

Adolf Merkle, one of the richest men in Germany, was hit hard by the 2018 recession. Forbes reported he attempted to protect his money by putting it into hasty investments that went poorly. He quickly went broke and lost everything.

The ability to make wise investment choices is good for anyone. When you invest in something, ask yourself questions like:

They Broke the Law

Sometimes, people lose their fortunes because they break the law and owe money. Bernie Madoff famously ran a multibillion dollar Ponzi scheme that captured many, many victims. Once the extent of his criminal activity was discovered, he wasn’t permitted to keep his millions. His assets were seized and used to put towards paying back his victims.

Breaking the law to earn money doesn’t work out in the end — Madoff is now in prison for 150 years.

Millionaires Lose Money the Same Way We Do

While it may be harder for millionaires to accidentally lose all their money, the truth is, finances come down to the same principles whether there is $100 in your bank account or $100 Million. You have to budget, spend responsibly, make sure you have income coming in, and be smart about investments. And of course — abide by the law. The 12 Worst Financial Scandals In History