Why Financial Literacy Often Starts Outside the Classroom

Samantha Rose
Samantha Rose is a personal finance writer covering financial literacy for OppU. Her work focuses on providing hands-on resources for high school and college-age students in addition to their parents and educators.
Read time: 5 min
Updated on February 14, 2022

Are you a financial role model? Maybe so, whether you realize it or not.

In one way or another, we search for role models in almost every aspect of life. When it comes to finances, this isn’t any different. What may start as a mimicking of the financial successes or failures of those around us inevitably develops into habits that shape our financial futures.

For children without positive parental money mentors, many turn to a teacher, counselor, or friend for financial advice.

Looking back, most can say exactly who this person was—a mother who set up their first bank account, a counselor who helped them navigate student loans, an uncle who helped them build a long-term savings plan.

We talked with certified financial planner and first-generation Indian-American Amit Chopra about the most influential financial role models in his life: his parents.

Who were your money mentors?

Chopra’s financial role models were his parents, who are immigrants from the Punjab region of India. Growing up, his parents dedicated all of their resources to saving for the education of both Chopra and his brother; forgoing luxuries to take care of the family’s necessities.

“Growing up my father always had his own business and I watched as my father meticulously kept his books,” Chopra said. “He would translate that over to our household budget, meticulously paying himself first, saving money before ever indulging in any sort of luxury.”

Being overly meticulous and frugal has its downsides, however, said Chopra. He remembered his father questioning why his mother bought fresh lettuce when they already had some, pulling a slimy, clearly past-due head of lettuce from the fridge.

Since Chopra’s parents came from a patriarchal society where men controlled the money, it took many years before his mother convinced his father to change his ways and instead build together. Chopra detailed how he grew up watching his mother struggle to take part in the family finances, but contributing in her own ways.

“I watched my mother buy gold jewelry each time she saved a little bit of money from her paychecks. Not to wear but to put in her safe deposit box,” Chopra said. “Not a bad investment strategy, but most definitely shouldn't be your only investment strategy,” he added.

What financial lessons or advice did they give you?

At fifteen, Chopra got his first job working at CVS. Chopra’s father helped him set up a checking account and, without his knowledge, also opened a savings account set up with automatic monthly deposits. For the next three years the monthly contributions slowly added up. Finally, when Chopra was ready to head to college, his father revealed his secret. Chopra didn’t need extra spending money from his parents, since he had earned and inadvertently saved it himself.

“At 18 [my father] taught me the power of paying myself first, and to this day ‘savings’ is listed in our family budget under 'necessity' and is looked at like a monthly expense just like my mortgage,” said Chopra.

One of the best lessons that Chopra’s father taught him was how to buy a home. Although his father never mentioned FHA mortgages or anything of the kind, he gave the advice that providing 20 percent down was necessary. Further, his father urged saving an additional 10 percent of the home’s value as a reserve.

This advice proved invaluable when Chopra and his wife bought their first home and the heating system broke down three months later. Having that extra savings stashed away acted as a cushion for an otherwise unexpected cost.

How were these role models impactful in your life?

As Chopra grew older, he watched his parents change their ways by educating themselves and working together to build a nest egg for retirement. Inspired by all his parents had provided him, Chopra sought financial security and worked hard to become financially independent, lessening his burden on them.

At one point, Chopra’s parents took bad advice from a broker, but thankfully, they were able to fall back on their many years’ worth of financial knowledge and retirement savings. It was this experience that motivated Chopra to enter his profession. He has been a certified financial planner (CFP) for six years, and was previously a financial planner for 13 years.

“Being a fee-based CFP focused on helping young professionals and their parents build and protect their wealth, respectively, has been amazing and I owe it all to a father who understood the value of living within his means, saving, and most of all compounding interest, and a mother who forced a stubborn man set in his ways to become a financial teacher to her,” he said.

Tips for Being a Financial Role Model

There’s a growing movement to mandate financial literacy courses in high schools, which is a great step. Schools prepare students for life as independent adults, and financial literacy for kids should be part of that. However, classroom-based financial education works best when it builds on the real-life money lessons that a child can learn at home. (For a crash course in personal finance, check out OppU's financial literacy lessons.) Young people need to be introduced to money concepts at an early age, and they need to see wise financial decision-making first hand.

Here are our top tips for modeling successful financial behavior to the children in your life.

1. Use your own financial successes and failures.

Pass on your wealth of knowledge, both good and bad. Turn your negative financial decisions into teachable moments. It’s important for children to learn that financial mistakes don’t have to hinder their future, but rather it’s healthy to learn the lesson and move on without guilt.

It’s easy to get bogged down in lofty, idealistic financial scenarios, but this isn’t necessarily indicative of real life. What use is learning about 401(k)s and pensions if you can’t understand the concept of budgeting and saving. Stick to the simple day-to-day uses of money—like setting up a checking and savings account—when trying to instill healthy money habits in children.

When children begin buying their own items, help them weigh the cost versus value. For example, when a child wants to buy expensive electronics, pull out a notepad and run through the pros and cons with them. Ultimately, it’s their money to spend, but it always helps to take a step back, have an outside perspective, and think about the true value of a purchase.

Doing is the best way to learn, so show your kids how to be financially responsible. There are plenty of fun, engaging, age-appropriate money games and activities to do with your children at every stage of learning. Even better, involve them in household financial decisions. 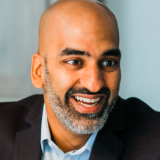 Amit Chopra is a CFP® with more than a decade of experience planning and managing clients’ financial lives. As the managing partner of Forefront Wealth Planning and Asset Management, Amit focuses on providing unbiased advice and financial planning to his clients while eliminating conflict of interest. He can be found on Facebook at @forefronttwealth. 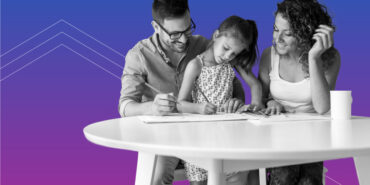 Financial Literacy for Kids: Guides, Resources and Activities for All Ages 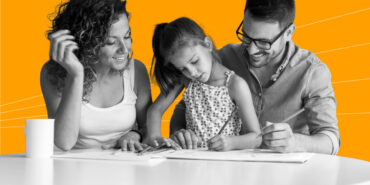