If somebody told you that they had taken out $30,000 to get a nursing degree, you probably wouldn’t be too shocked, right? Sure, $30,000 is a lot of money, but that education will almost certainly be worth it in the long run.

No. They most certainly are not.

What is Good Debt?

When it comes to good debt versus bad debt, it really comes down to what kind of purchase that debt is being used to finance.

“Good debt is debt that creates some sort of positive return,” says Brad Botes, a bankruptcy attorney, and founder and president of Bond & Botes, PC. “Debt that reflects an investment such as real estate or home mortgage debt is usually good.”

Natasha Rachel Smith, personal finance expert at TopCashBack.com says, “It is perfectly OK to accrue debt when it is manageable and the asset purchased will grow in value each year.”

When you buy a house, you are doing so with the expectation that the value of that house will increase over time. When you eventually sell the house, you can sell it for more than you paid for it originally.

“Borrowing money with the best interest rate, such as a well-structured student loan or a mortgage are considered good debt. An investment into something that has the potential to grow in value or can generate long-term income is good debt,” says Smith.

“The best way to understand the difference is by asking yourself one simple question, ‘Can you write it off on your taxes?’, if the answer is ‘yes’ then your debt is good debt.”

Likewise, taking out loans to pay for college is seen as good debt, because you are (hopefully) increasing your future earning potential. Because your debt is helping you work towards a brighter financial future, it counts as good debt.

That’s why, in our earlier example, that $30,000 in student debt doesn’t leave you fearing for your friend’s financial future.

Of course, taking out $100,000 in student loans to get a degree in Comparative Snapchat Studies is a different story…

What is Bad Debt?

According to Smith, “Bad debt results when you purchase things that quickly lose their value or do not generate income. Frivolous spending and credit cards with high-interest rates are bad debt.”

Financial expert Harrine Freeman, CEO and owner of H.E. Freeman Enterprises, says, “Bad debt has no value and is a liability. Bad debt is usually something you can’t afford to purchase with cash so you apply for a loan or credit card to pay for it.”

Bad debt includes all consumer debt, such as credit cards and personal loans. That’s why hearing that a friend has $30,000 in credit card debt would make you fear for their financial well-being.

Bad debt also generally includes auto debt, as cars do not appreciate in value over time like houses do. As the old saying goes, a car starts losing value the second it’s driven off the lot.

So does that mean that you shouldn’t buy a car? Well, we wouldn’t say that…

According to Gerri Detweiler, head of market education for Nav.com, “Sometimes the line between [good and bad debt] can be blurry. A car loses value the moment you drive it off the lot, but perhaps you need it to get to school or work. Is that bad debt or good debt?”

In the end, “bad” debt can still be an effective tool, especially if you’re using a safe and responsible loan in place of a predatory payday or title loan. It’s all about making sure that you’re using debt responsibly and not spending wildly beyond your means.

Smith advises that you “Do not buy things you simply want. Focus on the things you need alongside sometimes treating yourself to the items you want.”

Lastly, there’s another way that the term “bad debt” is used that’s a little bit different…

“Lenders must consider the risk of not being repaid in determining whether or not to loan money,” says Gertler. “The risk is also considered by the lender in setting the interest rate. The person who shows a pattern of not timely repaying their debts stands to have higher interest rates or perhaps will be denied the loan.”

In this case, it doesn’t matter what kind of debt you have. If you’re not making your payments, that debt is going to become a problem! In addition to the threat of late fees and debt collection agencies, failing to pay your bills can have a very negative impact on your credit. Payment history makes up 35% of your score—more than any other factor!

Having too much debt on your credit report will always have a negative effect on your credit score, but that doesn’t mean that good debt and bad debt affect your score equally.

She says that borrowers with a large amount of bad debt are “viewed as a high risk and may have to pay upfront and/or hidden fees, a down payment, a higher interest rate or a balloon payment.”

However, as we mentioned earlier, there are many other factors that can lead to debt affecting your credit—whether that debt is good or bad.

“Credit scores may take into account different types of debt,” says Detweiler. “For example, a mortgage may have a somewhat different impact than a credit card. But overall credit scores are non-judgmental about the type of debt. They are looking primarily at factors like payment history and debt usage.”

Freeman lays out the different situations where debt can negatively affect your creditworthiness:

According to Botes, “There is no definite answer to this question but it is fair to say that prospective creditors will look to your debt to income ratio. The higher your debt balance and resulting monthly payments, the lower your creditworthiness.”

Your debt-to-income ratio doesn’t measure the amount of debt you have; it measures how much you pay towards that debt each month. If you are putting greater than 36% of your monthly income towards debt repayment, that will negatively affect your score.

When it comes to your credit score, good debt is better than bad debt, especially if your bad debt is mostly on credit cards. But if you’re really concerned about improving your score, reducing the amount of debt you owe overall is the best way to go. Brad Botes (@bondandbotes) is the founder and president of each of the Bond & Botes, PC law firms, which are located in Alabama, Mississippi and Tennessee, managing the team of lawyers since its inception in 1989. He was recently named a Birmingham “Top Lawyer for 2016.” 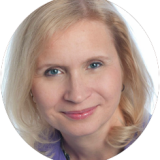 Gerri Detweiler (@gerridetweiler)A credit expert for more than 20 years, Gerri Detweiler has built up a trove of credit resources, from podcasts to articles to books (two of which you can get for free right now). A friend of the OppLoans Financial Sense Blog, Gerri keeps her Twitter account full of all the financial tips and news you need. 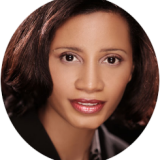 Harrine Freeman (@harrine) is a financial expert, speaker, counselor, writer, CEO and owner of H.E. Freeman Enterprises, a financial services company that provides personal finance consulting services such as credit repair, debt reduction, budgeting, saving, planning for retirement and financial literacy education. Harrine is also the best-selling author of “How to Get out of Debt: Get An “A” Credit Rating for Free.” She has made over 150 media appearances as a featured financial expert. Richard Gertler (@gertlerlawgroup) is a Partner at The Gertler Law Group, LLC in Long Island. Richard is experienced in helping individuals and businesses with their bankruptcy or business needs.  Richard Gertler has been helping the people on Long Island for over 20 years and is dedicated to giving people the best service possible. 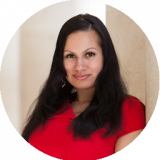 Natasha Rachel Smith (@topcashbackusa) is a personal finance expert at TopCashback.com. Natasha’s background is in retail, banking, personal finance and consumer empowerment; ranging from sales to journalism, marketing, public relations and spokesperson work during a 17-year career period. She’s originally from London, UK, but moved to Montclair, New Jersey, USA, several years ago to launch and run the American arm of the British-owned TopCashback brand; a global consumer empowerment and money-saving portal company.