Opploans Budgeting Financial Planning Filing Late for the 2020 Tax Season? Find Out if You’ll be Penalized
Updated on: May 7, 2020

Filing Late for the 2020 Tax Season? Find Out if You'll be Penalized

Your 2020 tax deadline was extended. Here's what you need to know.

Under normal circumstances, the federal tax deadline is April 15, 2020. If Tax Day happens to fall on a weekend, you can file up until the following Monday.

However, the circumstances surrounding the 2020 tax season has been anything but normal.

Due to the coronavirus pandemic and the outbreak of COVID-19 across the nation, the federal government has extended this year’s tax filing deadline. But what does that mean for you? The answer will depend on where you live and whether or not you owe money.

Individuals can defer tax payments and filing tax returns for the 2019 tax year without incurring penalties or interest until July 15, 2020. Interest and penalties will instead start to accrue on July 16. It’s unnecessary to file any additional forms to access this new deadline.

It’s important to note: This extension only applies to federal income tax. Filing and payment deadlines for states could differ, although many states are following the federal government’s lead.

Additionally, even though the federal government has given us this one-time extension, it’s still important to note your tax due dates and file accordingly.

Why it’s important to file on time

There aren’t any federal penalties for filing a late tax return if you don’t owe any money to the government and know you’ll be receiving a tax refund; however, there may be other consequences for not filing on time that are bad for your bank account and financial well-being.

Filing your taxes later does mean your refund — if one is owed to you — will be in your hands later. You have three years to claim your refund from the time the taxes are due. The same rule applies to claiming tax credits, such as the Earned Income Credit, which is a benefit for households earning low to moderate income.

The information from your federal tax return is used by financial situations when you apply for Federal Student Aid, a business loan, or a home loan.

“It’s just a good idea to file taxes every year and on time so you’re ready for anything in life,” says Alison Flores, principal tax research analyst at H&R Block’s Tax Institute.

Not filing on time can also impact you if you’re self-employed.

“Any self-employed income you earned will not be reported to the Social Security Administration and you will not receive credits toward Social Security retirement or disability benefits,” says Dan Rahill, CPA, JD, managing director and senior vice president of Wintrust Wealth Services.

There is also the flip side to this coin: If you haven’t paid enough in taxes during the year and you have a tax liability — meaning you owe money to the government — filing late can result in some pretty harsh fees.

What if you file late and owe Uncle Sam?

If you overslept on the Tax Day deadline, it’s best to file as soon as possible to avoid raking up additional fees and increasing the amount due. It’s possible to incur two penalties: one for filing late and one for paying late. Both of these penalties can accrue interest.

Taxpayers that don’t file on time will probably owe interest and penalties.

Typically, the IRS will charge interest on an unpaid balance, which can include tax, penalties, and compounded interest. This interest accrues daily and typically starts on April 15 if your return shows you owe tax — 2020 will be an exception to the typical deadline date.

Depending on how much you owe, a failure-to-file penalty may be 5% of the amount for each month that your tax return is late, up to a maximum of 25% of the unpaid taxes. It’s also important to note that partial months are treated as full months and you can’t pay interest or fees on part of a month — you’ll still get hit with the full 5%. If the amount you owe is on the smaller side, but you file income tax returns more than 60 days after the due date, the minimum penalty will be $435 or 100% of your unpaid taxes, and you’ll pay the lesser amount.

If you know you’re going to be late, even a couple of days late, the best thing you can do is file an extension to prevent penalties. Use the IRS Free File to request an automatic tax-filing extension with the Form 4868.

Normally, the IRS could fine you with a failure-to-pay penalty if you don’t pay your taxes by the annual due date. Filing an extension doesn’t extend the time to pay by the original due date — it only extends the time you have to file.

The failure-to-pay penalty is .5% per month and can add up to a maximum of 25% of the unpaid tax.

“The failure to pay and the failure to file penalties can overlap,”says Stephanie Otake, CPA, tax associate at Drucker & Scaccetti PC. “For any month in which both penalties apply, the late payment penalty is waived.

I can’t pay my taxes, should I still file?

If you can’t pay the entire account balance that you owe, the IRS recommends you pay what you can now, so you don’t continue to accrue unnecessary interest. They also suggest taking out a loan or paying by debit or credit card, as it could be less costly than owing the IRS money. However, before moving forward with either of these options, you will want to make sure this is the most cost-effective option for you.

Here are two articles to guide you in either of these situations:

The IRS offers three options for filers who can’t pay their taxes when they are due:

This option allows you to come to an agreement with the IRS to pay your balance in full, or to participate in either a short-term plan (paying in 120 days or less) or a long-term plan (an installment agreement with the IRS for over 120 days). Tax payers will file a Form 9465 to request a monthly installment plan if they can’t pay the full amount shown on the tax return.

The IRS considers a filer’s ability to pay, income, expenses, and asset equity to determine if they can pursue this option and settle the debt for less.

Option No. 3: Temporary delay in the collection process

Based on your financial situation, the IRS can determine that you can’t afford to pay the current debt. If you pursue this option, penalties and interests will be added onto your debt.

I have an excuse, is it okay if I file late?

If you need to file late, the IRS will take into consideration some reasonable causes to alleviate penalties. A sound reason deemed by the IRS can include fire, casualty, natural disaster, burglary, inability to obtain records, death, and serious illness.

If you’re on active duty in the military and have been deployed in the combat zone, the IRS understands you might not have access to your records and tax software — therefore, this could also be an acceptable excuse to file late.

If the IRS deems your excuse as valid, it is possible to be relieved from penalties for:  failing to file a tax return, pay on time, and deposit certain taxes.

A lack of funds is not considered a good reason to skip out on making your tax payments. Neither is forgetting to file or lacking knowledge on the process. Missing tax documents is also not an acceptable excuse for filing late.

The failure-to-file penalty is much higher than the failure to pay penalty.

“If you’re going to be late, always file an extension,” Flores says.

If you owe the IRS $2,000 and fail to file your return by the Tax Day, here are three possible examples of what could happen:

If you filed your return and paid your tax bill a couple of days later on April 25 without filing an extension, you would pay a $100 penalty. The 5% late-filing penalty would be applied to the $2,000 and you would owe another $2 of interest with the 2020 IRS 5% interest rate.

It’s apparent that the late-filing penalty is heftier than the late-payment penalty.

If you filed your return 5 years late and paid your tax bill late, your penalty would be $1,068. The maximum late-filing penalty would be 25% applied to the $2,000 plus interest compounded daily, assuming the 2020 5% interest rate remains the same. 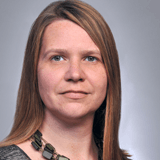 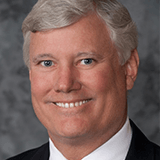 Daniel F. Rahill is a managing director and senior vice president at Wintrust Wealth Services, where he works with clients to develop strategies for their tax, estate, investment, philanthropic, and family capital needs. He is often published and quoted in publications, including Chicago Tribune, Crain’s Chicago Business, ABC7, Yahoo Finance, and the Illinois CPA Society’s Insight Magazine. Dan is a former chairman of the Illinois CPA Society and serves on three academic advisory boards. 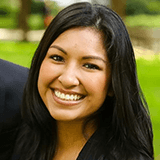 Stephanie Otake graduated from Villanova University in 2013 prior to joining in the tax field, where she has spent three years working on tax compliance in the financial services sector and three years working on individual, business, and fiduciary tax compliance. She is currently pursuing a master’s in taxation at Villanova University. Otake is a tax associate at Drucker & Scaccetti in Philadelphia and is an active member of the Pennsylvania Institute of Certified Public Accountants.

6 Ways to Alleviate the Impact of Coronavirus on Your Wallet

How to Survive and Budget When You’re Making Minimum Wage

Can You Pay Taxes With a Credit Card?

Dealing With an Unexpected Tax Bill