8 Money Pitfalls to Avoid When Co-Signing a Lease

Samantha Rose
Samantha Rose is a personal finance writer covering financial literacy for OppU. Her work focuses on providing hands-on resources for high school and college-age students in addition to their parents and educators.
Read time: 7 min
Updated on May 5, 2022

A roommate can save you big bucks, but a bad one can cost you a pretty penny.

Living with a roommate makes a lot of financial sense. Having another person under the roof means you can split rent, split utility bills, and maybe even share costs on groceries and transportation.

But hold on. When you co-sign a lease, you’re locking yourself into a legal agreement. And even if things start off well, sometimes they can take a turn—and a toll on your wallet.

Imagine this: Your roommate loses his job and falls behind on rent. You cover him for the first month, but then he moves out. Rent is due in 10 days and it’s on you to pay the whole amount. And, oh yeah, your former roommate won’t return your calls—not about the rent that’s due, and not about the money he owes you.

So how do you sign a lease without signing up for a financial nightmare? Here are eight common mistakes that you definitely want to avoid.

Pitfall No. 1: Signing a lease for the wrong reasons

A co-signer to a lease agreement is legally responsible for any rent obligation oneself if the other party to the agreement does not pay. As such, be sure to carefully consider the other party before agreeing to co-sign. Learn how the co-signer intends to pay the rental obligation. It is probably a good idea to find out the person's employment and how long they have been at their job.

Do not become a co-signer from a false sense of obligation or guilt, even if there is a close relationship with a person. A friendship can become easily stressed when a co-signing agreement commits another person to make financial payments if one party cannot. A person's credit and financial history can be ruined by a money judgment if the landlord decides to sue all parties to the agreement.

Pitfall No. 2: Not reading the lease

Make sure that each roommate understands all of the lease provisions, so that no one incurs any unnecessary fees for violating a provision [of which they were unaware.] Does the roommate have any pets that may affect liability under the lease?

Pitfall No. 3: Signing a lease for longer than you need

Another costly mistake renters often make is committing to long-term leases for the best rent price. Before committing to a one-year lease, be sure that you and your roommate have plans to stay in the area. If unsure, renters should opt for shorter leases (like 3-6 months) to avoid costly termination fees in the end.

Pitfall No. 4: Not asking about your roommate’s finances

Make sure each roommate has a steady income so that a single roommate is not left on the hook for the full amount under the lease if the other roommates lose their jobs/refuse to pay.

Pitfall No. 5: Not setting expectations

Decide who is paying the rent and other utilities, and how those expenses are going to be divided. You may also find it helpful to abide by some sort of schedule for visitors and household chores. You would want to make sure that you understand exactly what is expected of you in your new living situation.

Pitfall No. 6: Not signing a cohabitation agreement

I have seen cases where one roommate pays his or her rent to the other roommate, and the roommate who receives the rent pockets it instead of paying the rent—unbeknownst to the paying roommate—and both are evicted for nonpayment.

To best avoid these pitfalls, roommates should have an agreement between one another that outlines each others' responsibilities and expectations, and outlines [the following]: what should happen in the event that one roommate wants to move out prior to the expiration of the lease or fails to pay his or her share; what happens to property purchased together once they no longer live together; which utility bills each are expected to pay, etc. Although a cohabitation agreement will not prevent one roommate from negating his or her responsibilities, it may provide for a cause of action against that roommate if he or she violates the agreement.

Additionally, roommates should discuss and be aware of practical considerations as well, e.g. whether they may have overnight guests, and if so, how long [or how many] nights/days an overnight guest is allowed (though there may be a provision in the lease that disallows guests not included in the lease to stay overnight past a certain number of days), how the household duties will be divided, etc.

Having conversations with one another about each others’ expectations prior to entering into a lease together, and agreeing to a cohabitation agreement, might help avoid costly mistakes. It is extremely important to really do your best to get to know your would-be roommate prior to signing a lease together.

Pitfall No. 7: Not putting all roommates on the lease

Readers should be aware that if they allow another person to live with them, even without the intent to acquire a roommate or create a landlord-tenant relationship, they may have to go through the formal eviction process if that person refuses to leave.” This might “expose their potential violation of their lease with the landlord, if they forbid extended stays by overnight guests who are not listed on the lease.

Pitfall No. 8: Expecting the landlord to settle your disputes

Roommates that share a space together should be aware that a landlord or property manager is not obligated to involve themselves in financial or personal disputes between roommates. Should one decide to move, working out the deposit will be up to the roommates.

During my work in property management, I have seen roommates struggle over shared utilities, return of a deposit when one leaves and another stays, and covering rent when someone in the party fails to pay. Roommates have had to take legal action and file for eviction for someone else.

Legal council should be sought in a dispute. Local laws that offer tenant protections will apply to roommates. (You cannot lock someone out of the apartment due to your dispute). Negative actions or bad behavior on the property gets addressed on a per apartment basis rather than a per person basis.

My advice is to do a good process of screening someone before committing to share a living space. Make sure all parties go through the application process with the landlord and are part of the lease. This puts each person through the vetting process the landlord has in place. Some added protection may be to have some form of written agreement, possibly notarized, on the shared responsibilities between each party.

Co-signing an apartment lease can be a smart financial decision to save on rent, but it can also lead to financial trouble with the wrong roommate. Make sure to vet a potential roommate, discuss shared financial obligations, and lessen your liability with a cohabitation agreement so that everyone is financially protected. 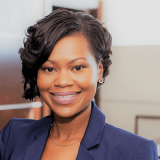 Falen Cox was born and raised in Fairfield, Alabama. She graduated with honors in the spring of 2007, earning a Bachelor of Science degree in criminal justice. In the fall of 2007, Cox enrolled at Mercer University’s Walter F. George School of Law in Georgia. Cox began her legal career at the Eastern Judicial Circuit’s Office of the Public Defender, and passed the Georgia Bar Exam in 2010. In 2012, the Superior Court created the “major crimes division” to which Cox was immediately assigned. In January 2017, after more than six years at the public defender’s office, Cox along with partners John Rodman, and Christopher Middleton formed Cox, Rodman, and Middleton, LLC, a litigation law firm practicing criminal defense, personal injury, general litigation, and appeals. Cox strives to serve her community while using the law to ensure justice and motivate positive social change. 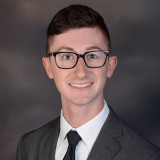 Luke Haller is a lifelong resident of Arkansas. He grew up on his family’s poultry farm in Magazine, Arkansas. In 2016, he received his Bachelor of Arts Degree in political science from the University of Arkansas, and later graduated with high honors and received his Juris Doctor and graduate certificate in business law from the University of Arkansas School of Law in 2018. Haller began working as a law clerk for the Danielson Law Firm in 2016. After successful completion of the Arkansas Bar Exam in 2018, he took on a new position as an Associate Attorney with the firm. Much of Haller’s practice centers on family law, landlord/tenant relations, business law, and some bankruptcy-related issues. In his free time, he enjoys hiking trails around the Ozarks and relaxing with his cat Atlas. 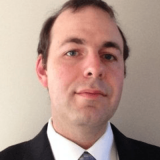 Scott Isacksen has worked in property management with apartments and condos for more than 12 years. He created the company Tci Building Services, consulting with apartment owners to help with the long-term care of their property. He also manages the maintenance of a portfolio of properties throughout Oakland, CA and Berkeley, CA ranging from four to 25 units. 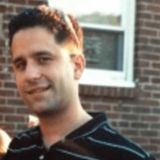 David Reischer, Esq., is an attorney and CEO of LegalAdvice.com. Reischer is a New York business attorney who was admitted to the bar in New York in 2004 and specializes in real estate, mortgages, finance, and general tax and estate planning law. He is committed to the traditions of client service, professional development, and community involvement, while embracing the innovations driving the legal profession in the 21st century. 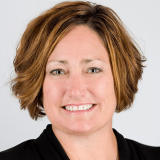 Lisa Rice is a regional manager at Morgan Properties, the nation’s 19th largest apartment owner with 167 apartment communities consisting of over 52,000 units in 11 states. She manages nine properties consisting of 2,094 units located in central Pennsylvania. 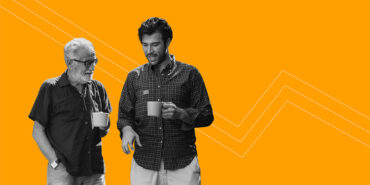 9 Essential Rules for Living at Home

10 Money Pitfalls to Avoid When Renting