skip to main content
OppLoans OppU Articles Can You Get a Bad Credit Loan With No Bank Account?

Can You Get a Bad Credit Loan With No Bank Account?

Alex Huntsberger
Alex Huntsberger is a personal finance writer who covered online lending, credit scores, and employment for OppU. His work has been cited by ESPN.com, Business Insider, and The Motley Fool.
Read time: 5 min
Updated on August 25, 2022

Without a checking or savings account, getting a loan is going to be much more difficult, and you'll be stuck with riskier options.

If you live in one of the nine million unbanked households in the U.S., then you understand the added financial stress of living without a checking or savings account. You have to take your paycheck to a check-cashing store just to get your money—plus whatever fees they decide to charge; you have to pay all your bills in cash through the mail or in person, which is a way bigger hassle than doing them online. The list goes on.

And if you don’t have a checking account, the odds are good that you don’t have great credit. While a bad credit score doesn’t necessarily mean you’ll get denied for a bank account, the kinds of behaviors that tanked your score can also lead to your account application being rejected.

Why is it hard to get a loan with no bank account?

You might think that a bad credit lender would be less worried about this, but that isn’t so. Even though most bad credit lenders don’t check your credit score before issuing a loan (which is why their products are often referred to as “no credit check loans”) they still want some kind of assurance that they’ll get paid back.

(With some loans, especially short-term payday loans, the lender might not care so much about you paying your loan back on time because they’ll make a lot more money from having you rollover or reborrow your loan. For more on that, check out our post: Payday Loan Rollover: How Short-Term Loans Turn Into Long-Term Debt.)

Some lenders will use the account information that you provide during your application to schedule an automatic debit from your checking account on the date that payment is due. Others simply take a checking account as a sign that the borrower is at least somewhat financially stable--even if they don’t have good credit.

When it comes to loans that need a bank account, you’ll have better luck with a storefront lender than you would with a company that issues online loans. But either way: Most bad credit lenders will require some sort of bank account before they issue you a loan.

If you want a bad credit or no credit check loan that doesn’t require an account, you’re probably going to have to offer up something as collateral.

The problem with title loans and pawn shop loans.

When it comes to bad credit loans that require collateral, the two most common types are title loans and pawn shop loans. If you don’t have a bank account and need a no credit check loan, these are the kinds of secured loans you’ll be looking for.

Title loans are usually short-term loans, designed to be repaid in a month or so. The only problem is that, with principals often above $1,000 and annual percentage rates (APRs) that average 300%, you’ll be very hard-pressed to pay your title loan off on-time.

And once you start extending or reborrowing your loan, that’s when those high interest rates really start to hurt. You can end paying way more in interest than you paid on your original loan amount, all the while living under the threat of repossession.

Pawn shop loans, on the other hand, may be less dangerous than title loans, but they also don’t grant you as much money. Since the items being used as collateral for these loans are much less valuable than a car—it’s usually stuff like jewelry, electronics, or valuable antiques—the principal loan amounts are much smaller too.

With a loan from a pawn shop, you’ll still have to pay a high interest rate and risk losing your valuable stuff—some of which might have a far greater sentimental value than dollar value—all for a couple hundred bucks at best. If your unexpected expense comes with a bill larger than that, a pawn shop loan probably isn’t going to cut it.

Some payday and no credit check lenders will allow you to load your loan funds onto a prepaid debit card. They might even provide you with a card as a part of approving your loan.

This approach has its benefits and its drawbacks. It’s certainly a better option than a title loan, as it doesn’t mean using your car as collateral, but you’ll probably be stuck with the same kinds of issues that plague so many payday loan borrowers.

Even with the funds easily accessible via your card, you’ll be stuck paying payday-level interest rates, which can average over 300%—-and sometimes way, way over! You’ll still have to pay the loan back fairly quickly, and probably in a single lump sum.

A payday loan on a prepaid debit card suffers from the same problems as a payday loan in a checking account. The risks of entering a predatory cycle of debt are the same, as are the chances that you’ll owe way more in interest than on the loan principal itself.

The best thing you could do would be to avoid taking out a loan entirely, but sometimes that just isn’t an option. And compared to a title loan, a prepaid debit card is a definitely better. Just do your research on the lender first and make sure you know exactly what you’re getting yourself into before you sign. 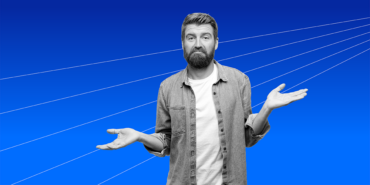 Can Bad Credit Prevent You from Opening a Bank Account?