skip to main content
OppLoans OppU Articles Escape The Compound: How To Leave Compound Interest Behind

Escape The Compound: How To Leave Compound Interest Behind

Alex Huntsberger
Alex Huntsberger is a personal finance writer who covered online lending, credit scores, and employment for OppU. His work has been cited by ESPN.com, Business Insider, and The Motley Fool.
Read time: 4 min
Updated on September 23, 2022

For example, if you spend $100 on a credit card with 5% monthly interest, you would owe a total of $105 the following month. In this scenario, even though you owe $105 total, the $100 principal remains the same and the 5% interest is counted separately. So if another month goes by and you are charged that interest again, you would still be charged 5% based on the $100 principal. The interest would be an additional $5 and you would owe a total of $110.

"Wow. A whole extra quarter. That's really going to bust my budget," you say, sarcastically. Well, if you only ever owe $100 on your card then, yes, the compound interest probably won't hurt too bad. Even so, the thing about compound interest is that it adds up over time. And it adds up to quite a lot.

Now, the credit card in that previous example would have an APR of 60% (5% interest x 12 months). Most credit cards do not have an APR that high. However, while most cards have a lower APR, they also do not compound monthly; they compound daily. So a $10,000 balance on a credit card with a 20% APR and interest compounded daily would become a $12,206.91 balance after one year. That's an extra $2,206.91 in interest.

It's things like compounding interest that make credit card debt especially difficult to pay off. Accumulate a large enough balance at a high enough interest rate and, pretty soon, the interest owed each month alone becomes more than you can afford to pay.

One possible way to pay down your credit card debt and escape from compound interest is to take out a personal installment loan. The major reason is that the interest on these products does not compound. Your principal never gets larger. It only ever gets smaller as you pay it off. Even if the APR on your loan is slightly higher than the APR on that credit card, the absence of compounding interest makes it easier to manage and still possibly cheaper. You simply use the loan to pay off that credit card and then you pay off the loan in easy monthly installments. Doing this for multiple credit cards and/or other debts is called 'debt consolidation.'

When you take out an installment loan, you will know up-front how much you are going to pay each month. This might make it easier to budget appropriately. Additionally, most of these loans have repayment periods of 36 months or longer — depending on the size of the loan and other factors — so you don't have to spread yourself so thin to pay it back on time. Getting rid of your credit card debt and paying your installment loan on time every month could also increase your credit score. 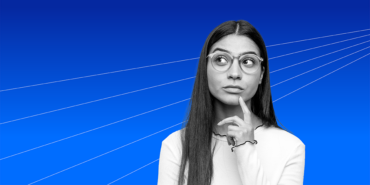