Here Are the 10 Most Expensive Commercials Ever Made

Alex Huntsberger
Alex Huntsberger is a personal finance writer who covered online lending, credit scores, and employment for OppU. His work has been cited by ESPN.com, Business Insider, and The Motley Fool.
Read time: 8 min
Updated on December 22, 2021

Two things that a lot of these ads have in common are the Super Bowl and celebrities—which makes sense, as both those things are super expensive!

With the New England Patriots suiting up for their fourth Super Bowl in five years, it’s nice to know that at least the commercials will be different this year. And no matter whether we hate them or love them (or love them until we see them the 50th time at which point we start hating them), we can also count on the fact that a lot of those commercials will be stupid expensive.

And yet, the most expensive ad on here actually had nothing to do with the big game. Which commercial was that? Read on and find out!

This is the first of many, many Super Bowl ads you will see on this list. And that makes sense: When you’re paying millions and millions of dollars just to air your ad during the Super Bowl, you might as well go all out on the spot, itself.

This advertisement, which premiered during the 2014 Super Bowl, highlights the many innovations being powered by Microsoft’s technology, with special emphasis on technology like prosthetic limbs and hearing aids that improve people’s everyday quality of life.

The ad stars former NFL player Steve Gleason of the New Orleans Saints, who lives with ALS and uses Microsoft hardware and software to communicate with friends and family members. Although it's one of the least flashy of the ads on this list—despite it’s $8 million dollar price tag—it might actually be the most effective. And it’s certainly the most moving.

One of three ads on that list that came in at a cool $8 million dollars each—and one of four that premiered during the 2014 Super Bowl—this advertisement from Kia starred actor Laurence Fishburne reprising his role as Morpheus from The Matrix.

Instead of promising to free young Neo from the fantasy prison world created by his machine overlords, it appears Mr. Morpheus is now concerned with getting an upscale couple into a luxurious Kia sedan. And then he ... serenades them with opera. As you might able to tell from this description, the ad doesn’t take itself too seriously.

Between paying for Fishburne’s participation, acquiring the rights to use his Matrix character, and the pretty-stellar special effects used when Morpheus … umm … makes the world explode with his awesome opera singing, this is one ad where you can see exactly where all the money went.

The previous entry on this list paid to hire one famous actor, whereas this entry paid to hire three: Tom Hiddleston, Mark Strong, and Academy-Award winner Sir Ben Kingsley.

The ad casts all three as stereotypically suave British bad guys, each calmly (and menacingly) making the point that with great villainy comes great style and panache. Of course, the trio dryly notes, this means they all drive Jaguars.

In addition to casting three expensive actors, this ad looks like a million bucks. Well, if we’re being honest, probably more than a million bucks. Between Kingsley’s opulent mansion and Hiddleston’s helicopter ride, Strong’s white Jaguar actually be most cost-effective part of the entire affair.

This wasn’t the first super expensive commercial ever made, but it certainly was the one that made the largest cultural impact. Translation: This ad was everywhere. For what seemed like forever. Years before a young man pleaded with the world to leave Britney alone, all we wanted was for Britney and Pepsi to leave us alone.

When this ad dropped at the 2001 Super Bowl, Britney Spears was at the absolute height of her powers. Pepsi harnessed her teeny-bopper mega-stardom and created what was essentially a Britney Spears music video about “the joy of Pepsi.” And lest we forget, the ad also featured a cameo from Senator Bob Dole that, well, made about as little sense then as it does today.

If you don’t remember this ad, don’t worry. Carlton Draught is an Australian beer company, so most of their commercials don’t make it up here to the northern hemisphere, no matter how expensive they are.

And wow was this one expensive! The ad stars a whole fleet of skydivers who jump out of a giant beer can as part of a stadium stunt. Their routine all goes according to plan, but unfortunately, the beer can ends up getting swept through the neighboring suburbs, causing a great deal of destruction and panic along the way.

The price tag for this commercial was $9 million, which, given the sky-diving sequences and the scenes of the beer can plowing through houses and cars, isn’t surprising. But it’s price tag pales in comparison to the next ad on this list.

The 2014 Super Bowl strikes again! This hidden-camera extravaganza ad chronicles one crazy night in the life of a guy named Ian Rapoport, who finds himself buoyed from one awesome situation to another (a limo ride with Reggie Watts, an elevator with Don Cheadle and a llama, a table tennis match with Arnold Schwarzenegger) all because he’s “up for whatever.”

Although Bud Light’s “Up for Whatever” campaign would eventually run aground on the shoals of controversy, this initial ad is a charming, amiable bit of wish fulfillment. Although it cost Bud Light a 120 million pretty pennies to produce, we can all agree that the ad makes a heck of a lot more sense than any of their current “Dilly, Dilly” spots.

One common thread you’ll find amongst many of these ads is celebrities. After all, there’s only so much money you can spend when making an ad that’s two minutes long, max. Unless you pull a Joker and start literally setting cash on fire, the easiest way to make one of the most expensive commercials of all time is to pay some famous person a truckload of money to star in it.

The celebrity, in this case, is Eminem. And while he might seem like an odd choice of pitchman, his presence here is pretty perfect. To introduce the luxury Chrysler 200, this ad meditates on the gritty history of Detroit, where both Chrysler and Eminem share a long and colorful past. The ad’s thesis is best captured in the line, “the hottest fires make the hardest steel.”

When British insurance company Norwich Union changed its name to Aviva in 2008, they wanted people to notice. So they spent over $13 million dollars hiring Bruce Willis, Ringo Starr, Elle McPherson, and Alice Cooper to star in an advert about how important their name changes had been on the road to stardom.

Out of every ad on this list, this one looks the cheapest. It’s not a glossy, high-end extravaganza, and doesn’t feature any ravishing shots of cars or sodas or Don Cheadle’s llama; it is isn’t much more than a bunch of famous people talking to the camera. Even when they’re digitally inserted into their own movies or news footage, it doesn’t look great.

But still, four celebrities! Four incredibly famous celebrities! You can’t say the money isn’t on the screen. It’s right there, and it looks like Ringo Starr.

Just because a commercial is expensive, doesn’t mean it’s necessarily inventive. But this $16 million dollar ad from Guinness is a witty delight.

Filmed on location in the tiny Argentinean village of Iruya (not cheap!) the add begins with a cascading series of dominoes that escalates into refrigerators and flaming cars knocking into each other, all leading up to a large statue of a Guinness pint.

Combining expensive material costs with a need for precision in order to get every shot just right, this ad goes to show how that a large budget is great, but an awesome idea is even better.

Hoo boy. This ad cost a lot of money. Like, over twice as much money as the next most expensive commercial. But hey, you don’t get a lavish perfume ad starring Nicole Kidman and directed by Baz Luhrmann—both at the height of their fame—without dropping some series dimes! $33 million worth to be exact!

This three-minute ad for Chanel No. 5—titled The Film—doesn’t just feature the talents of Kidman and Luhrmann, it also includes costumes designed by Karl Lagerfield and production values that are to die for. Perfume ads generally air on the ritzier side of the ad spectrum, but this one takes the cake—and then flies in a couple extra cakes of its own just for good measure.

Unlike most of the ads on this list, The Film didn't’ premiere during the Super Bowl. Instead, it debuted in movie theatres with … Bridget Jones: The Edge of Reason. Since the commercial actually has something of a plot—regular-yet-super-attractive man enjoys a brief, doomed with runaway world-famous actress—we’re guessing it was like one of those shorts they play before Pixar films.

The only difference, really, is that this “short” cost almost as much as the full-length film it was preceding. 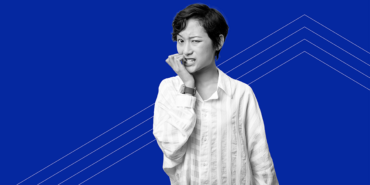 How Have Movie Stars' Salaries Changed Over Time?

How Much Do People Spend on Fantasy Football?