skip to main content
OppLoans OppU Articles How Does Going to Prison Affect Your Credit?

How Does Going to Prison Affect Your Credit?

Andrew Tavin, CFEI
Andrew Tavin is a personal finance writer who covered budgeting with expertise in building credit and saving for OppU. His work has been cited by Wikipedia, Crunchbase, and Hacker News, and he is a Certified Financial Education Instructor through the National Financial Educators Council.
Read time: 3 min
Updated on July 8, 2022

Getting sent to prison will make it very hard to repay any money that you owe, and that's going to hurt your credit score.

There are a lot of people in prison in America. In fact, our country has a higher prison population and higher incarceration rates than anywhere else in the world. And while there’s clearly a lot of work that needs to be done to bring down incarceration rates, a lot of that is a bit outside our wheelhouse. We’re more focused on helping your personal financial situation right now.

That's why we’re here to answer a question you may, unfortunately, have wondered about: How will going to jail affect your credit score?

Prison means no income to pay your debts

While a conviction and jail time may not directly destroy your credit score, all of the secondary effects are going to be an enormous weight.

“Criminal convictions and sentences are not automatically reported on a credit report (only a police report will include such information),” advised attorney Paul Mitassov. “Therefore, most credit score effects are indirect.”

Prison is also unsurprisingly bad for your job prospects in all sorts of ways, as Mitassov explained: “Being in jail will usually stop a person from being able to work and earn money. This will limit their ability to pay their existing obligations, which will be reflected poorly on a credit report. A criminal record will affect a person’s ability to find a job. Jail time will usually cause them to lose their previous job. Lacking a job (and the income it brings) will hurt your credit.”

Your assets can get seized as well.

And it gets worse.

“Some or all of a person’s resources (money, vehicles, tools, etc) may be seized on arrest,” Mitassov warned. “These may not be returned for some time (or at all). The lack of such assets can prevent one from paying. Most accused will try to hire a lawyer as soon as possible. Criminal lawyers usually request large up-front retainers. This (presumably) unexpected expenditure can prevent a person from paying their other bills.”

Even keeping up with your regular payments could become impossible, as Mitassov told us: “Not all prisons have facilities for easy bill paying (i.e. easily accessible phones or computer terminals). Even if an inmate has the funds, he may find it difficult to arrange regular payments.”

So now that you’ve been warned, you know what to prepare for should you ever find yourself incarcerated.

But what comes after?

How to build your credit post-prison.

So prison is going to be hard on your credit (let alone every other aspect of your life) but how can you bring your score back up otherwise? It's a lot like what you’d do otherwise but with a much higher level of difficulty.

“Pay off your outstanding obligations, or get them discharged via bankruptcy (bankruptcy is terrible for your credit rating, but at least it stems the bleeding),” suggested Mitassov concerning post-prison release to get your credit score back up. “Get a job. You need an income, to pay your obligations. Make sure to assume only manageable obligations, and make sure to pay on time. (i.e. to build up a good payment history).”

If there were debts you weren’t able to pay because of your incarceration, you can try getting in touch with the creditors and finding out if you can negotiate some sort of agreement.

In general, creditors would rather get some money than no money, and if you can get some of your debts settled or partially forgiven, you’ll already be on your way to better credit. If you can’t qualify for a traditional credit card after release, you can get a secured credit card, which requires you to put down some cash as collateral but can be a good way to build up your credit.

It’s hard enough to maintain your credit score without going to jail, but with some dedication and a willingness to ask for help when you need it, you can put yourself on the path to credit redemption. 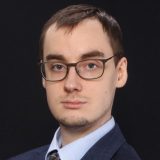 Paul Mitassov graduated from the University of Toronto Faculty of Law in 2013. He also holds a Bachelor's Degree in Mechanical Engineering from the University of Toronto. After working at a downtown law firm, he started his own practice in North York. As an engineer, Paul takes an analytical approach to every case, and has obtained results in various areas of law including civil litigation (including small claims), family law, wills and estates, corporate law, and criminal matters.  Paul’s dedication to perfection and transparency with his clients are the number one reason why most of our client’s come from prior client referrals. Paul speaks fluently in both Russian and English, and is a fully-licensed lawyer with the Law Society of Ontario.

What Debt Collectors Can and Can’t Do