skip to main content
OppLoans OppU Articles Is the Credit Blacklist a Real Thing or an Urban Myth?

Is the Credit Blacklist a Real Thing or an Urban Myth?

Alex Huntsberger
Alex Huntsberger is a personal finance writer who covered online lending, credit scores, and employment for OppU. His work has been cited by ESPN.com, Business Insider, and The Motley Fool.
Read time: 6 min
Updated on July 15, 2022

Even though it can feel like you're being blacklisted, the real answer is much more mundane.

Your fingers are shaking as you type the last of your information into the credit card application. You’ve been denied in the past, but this time you are sure that you will be accepted. After all, the company sent you a notice saying that you were “pre-approved!”

You hit “submit,” cross your fingers, and wait. 15 seconds later a response comes back.

What the heck is going on here?! You mention it to your uncle Terry and he tells you about this thing called the “credit blacklist.” Basically, because you’ve misused credit cards in the past, you are on a secret list that will ensure you never get a credit card ever again.

Sounds about right, you think to yourself. But is that what’s really going on here? Is there really such a thing as a credit blacklist?

No, there is no such thing as a credit blacklist.

Please forgive us for not keeping you in suspense. But no there is absolutely no such thing as a credit blacklist.

Maintaining a hard blacklist is forbidden under the Fair Credit Reporting Act (FCRA) and the Equal Credit Opportunity Act (ECOA). The FCRA was passed in 1970 and the ECOA was passed in 2003. Both are aimed at preventing discrimination in lending and ensuring proper use of citizens’ private data.

But if there is no credit blacklist, then why would someone consistently be denied for credit? The answer lies in their credit history, as well as the algorithms that large companies use to make their lending decisions.

Whenever you take out a loan or a credit card, make a payment (or not make payment), add money to your credit card balance, close a card, pay off a loan, or file for bankruptcy, that information gets reported by your creditor and added to your credit report.

Information stays on your report for seven years (or longer in some cases, including bankruptcy) and it weaves a fairly comprehensive picture of how you’ve used credit in the past. When people talk about your “credit history,” they are basically referring to what's contained in your credit report.

Or rather, your credit reports, because you actually have three of them. Each of the three major credit bureaus—Experian, TransUnion, and Equifax—collects information and maintains their own separate version of your credit report. Depending on which businesses report to them, information can vary between reports.

The info contained on your report is what's used to create your credit score. More often than not, the score used is your FICO score (created by the FICO corporation), but it could also be your VantageScore, which was created a joint venture by the three credit bureaus.

If you are being denied for credit, it’s likely because of the info on your credit report and how it’s reflected in your score.

A poor credit history can have the same effect as being “blacklisted.”

The exact algorithm for creating your FICO score is secret, but the FICO corporation has made it known that your score consists of 5 different information categories and that some categories are more important than others.

The two most important categories are your payment history and your amounts owed. Payment history makes up 35% of your score, while amounts owed make up 30%. Together they make up well over half your total FICO score.

The other three categories combine to make up an additional 35% of your score. The length of your credit history comprises 15%, while your overall credit mix and your recent credit inquiries each make up 10%.

If you’re being denied for credit, the odds are good that it’s because of problems in your payment history and/or your amounts owed. Maybe you had a period where you were out of work and skipped a number of credit card or installment loan payments. Or perhaps you were one of the 58% of recent college graduates who racked up too much credit card debt within their first two years out of school.

Even if it’s been half a decade since you cleaned up your financial act, that information is still on your report and dragging down your creditworthiness.

Credit report errors could be resulting in a “blacklist” effect.

Credit bureaus collect information on hundreds of millions of Americans, so it’s not at all surprising that mistakes end up on people’s reports. But that lack of surprise doesn’t forgive the immense damage that these errors can do to your score.

Errors can arise from any number of things, including the company that reports the info to the bureau making a mistake on their end. Oftentimes, an error will stem from your information being confused with someone else’s because you two have the same name.

Don’t worry. These errors can be fixed. To check your report for errors, just visit www.AnnualCreditReport.com and request a copy. By federal law, each credit bureau is required to provide you with one free copy of your report per year. All you have to do is request it.

If you find an error on your report, then follow the instructions laid out in this blog post: How Do You Contest Errors On Your Credit Report?

Getting flagged by Chexsystems can feel like you’re on a blacklist.

Beyond the three major credit bureaus, there are a number of credit reporting agencies that track different aspects of consumer behavior.

One of the major agencies is Chexsystems, which tracks deposit accounts (stuff like checking and savings account). If you have a history of poor financial behavior with a checking account—racking up NSF fees, constant over drafting, refusing to pay a negative balance—then Chexsystems will flag you.

The next time you go to a bank to open a new account, you could be in for a rude awakening. While opening a bank account might seem like a formality, a poor Chexsystem score will basically ensure that your application for a bank account gets rejected.

Information stays on your Chexsystems for five years, which means that it could be that long before you are able to open another bank account. And if a lender, landlord, or utility company decides to pull your Chexsystems report, it could negatively affect your application with them as well.

There is no credit blacklist, but that doesn’t make having bad credit any easier.

If there were a hard and fast credit blacklist, it would almost be a little comforting. After all, getting your name removed from this blacklist would set you on the path to financial success. Personal loan and credit card applications would come flowing in, and you’d stop having to rely on predatory lenders to get by.

But the truth is far more complicated. Poor financial behavior will stick with you long after you’ve cleaned up your act, and random errors on your credit report will ding you for stuff you didn’t even do!

The only thing you can do to improve your credit is to keep practicing smart money habits--plus a few weird little tricks that can help you out as well. 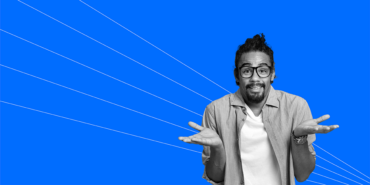 What to Do if You've Been Put on the ChexSystems Blacklist

Found Yourself On The ChexSystems Blacklist? Here's What You Can Do