Millennials Love Using Uber, but Seniors are the Ones Driving

Alex Huntsberger
Alex Huntsberger is a personal finance writer who covered online lending, credit scores, and employment for OppU. His work has been cited by ESPN.com, Business Insider, and The Motley Fool.
Read time: 5 min
Updated on October 8, 2021

Turns out that driving for a ride-hailing and rideshare app can be a great way for retirees to earn some extra income — and fill their spare time.

When Uber started in San Francisco in 2009, you could be forgiven for thinking they would burn bright and then flame out. Going up against the taxicab industry was not a fight that any sensible person would want to pick. Of course, as we now know, Uber founder and ex-CEO Travis Kalanick was not a sensible guy—for better and for worse.

Nine years later, Uber is still a highly controversial endeavor. While it has tried to circumvent regulation and divert money from public transportation, the company’s record of success has been undeniable, as long as you don’t equate success with profits.

That success has been built on two groups of people: their dedicated customer base and their fleet of drivers. What you might not know is that the drivers and passengers associated with Uber sit at opposite ends of the age spectrum. Though using the Uber app and other rideshare apps lik Lyft has become second nature to many smartphone-equipped millennials, the folks who pick up those millennials for an Uber ride skew to a much older crowd.

Survey says: The majority of Uber drivers are seniors

According to a 2017 survey from industry expert Harry Campbell — better known as The Rideshare Guy — 54% of Uber drivers are over the age of 50, and about a quarter are 61 or older.

The fact that many Uber drivers are older adults and part of the senior community makes sense. One of the benefits of driving for ride-hailing services (or ride-sharing, in some cases — yes, there is a difference between the two types of transportation services)  is that you can set your own schedule. When you’re already working a full-time 9-5 job, you are limited in the times that you can drive — not to mention that your normal gig has likely left you pretty bushed by the end of your day or shift. People who are retired or semi-retired have much more free time, which makes driving for a ridesharing or ridehailing service a good fit.

Earning extra money after you’ve retired is a great way to stretch your budget even further, but finding something to fill the hours can be just as important. This article from The New York Times tells the story of one Uber driver , Dave Zarrow, who retired from his full-time job, but still works for the ride-hailing company 20 hours per week to help stave off boredom.

“He likes the flexibility of this nontraditional job — no benefits and unpredictable income, but the ability to set his own hours — and his conversations with riders,” the article says.

When you are doing something for fun and for a bit of supplemental income like how Zarrow is doing, there aren’t the same pressures to squeeze out every possible dollar. Seniors over the age of 65 also tend to have less credit card debt than some of their younger counterparts. And, with Medicare filling health care needs, retired seniors may not have to worry as much about the benefits a retirement job may lack.

How much do ridesharing drivers earn?

How much do drivers earn through ride-hailing services like Uber? Figuring out the actual numbers can be quite complicated. Campbell found drivers aged 61 or older earned an average of $14.57/hr, but that doesn’t tell the whole story. Since Uber drivers are contractors who provide their own vehicles and pay for their own gas and insurance, those are dollar figures that one might want to factor in as well — especially gas.

According to one study, wages may be as low as $9.21 per hour for some drivers. This Economic Policy Institute report accounts for “Uber’s commissions and fees and vehicle expenses, and taking into account the cost of a modest package of health insurance and other benefits equivalent to those earned by W-2 workers.”

If you want to drive for Uber, here’s what you need

We don’t know if we can recommend driving for Uber or Lyft as a full-time job, but for seniors looking to earn some extra cash and get more use out of their smartphone, driving for a rideshare app could be just the ticket.

Of course, not everyone is going to be eligible to drive for Uber and a background check will be part of the process. Here are the requirements listed on their website for applicants in the United States:

Anybody can drive with Uber, although there are a few minimum requirements:

After signing up, take a few minutes to start a screening online. It’ll review your driving record and criminal history.

Earning extra money as a senior can be tough, as can finding a way to fill the extra hours senior living entails. And while Uber, Lyft, and other ride-hailing and ridesharing services don’t offer perfect solutions to this dilemma, they can still be a much better gig than having to stand for eight hours a day as a Walmart greeter. Who knows, you might end up loving it!

This article was last updated on November 15, 2019. It originally published in August 2018. 10 Skills You’ll Need in the Job Market of Tomorrow 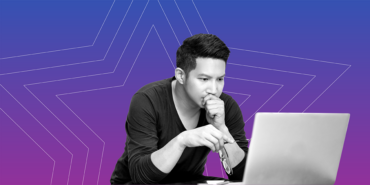 6 Expert Tips to Start Your Side Hustle