The 10 States with the Highest Minimum Wages in 2022

Tamara Altman in
Dr. Altman has over 25 years of experience in social science, public health, and market research, statistics, evaluation, and reporting. She has held positions with, and consulted for, many government, academic, nonprofit, and corporate organizations, including The Pew Charitable Trusts, the National Park Foundation, Stanford University, UCSF, UC Berkeley, and UCLA.
Read time: 6 min
Updated on December 19, 2022

States and localities have set their own wages to go above the federal minimum, but who’s topped the list?

Depending on your state, you could be earning more than that though. Many states, cities, and localities have their own minimum wage laws.

During the COVID-19 pandemic, employment fell, especially for low-wage workers. As a result, the number of workers earning the federal minimum wage or less declined in 2020.

States that pay less than the federal minimum wage

Georgia and Wyoming don’t have state-level minimum wages. Both states have a minimum wage of $5.15.

But how is it possible for someone to earn less than the national minimum wage?

Generally, wage workers in Wyoming and Georgia do earn the federal minimum wage of $7.25, but there are a few exceptions for employers who don't fall under the Fair Labor Standards Act (FLSA). However, most medium and large employers fall under the FLSA, so most workers in these two states earn at least $7.25 an hour.

What’s the minimum wage in your state?

The map below provides a look at how the minimum wage rates compare across the county.

Is a $15 federal minimum wage coming?

For years, some politicians have campaigned for a $15 federal minimum wage. A majority of Americans are in favor of a higher minimum wage, too. According to an April 2021 Pew Research survey, 62% of Americans favor a minimum wage hike to $15 an hour.

In April 2021, President Biden issued an executive order requiring federal contractors to pay their workers a minimum wage of $15 per hour. On January 30, 2022, the new wage went into effect.

Many states have already taken the initiative to raise the minimum wage in their own jurisdictions. Eleven states including: California, Connecticut, Delaware, Florida, Illinois, Maryland, Massachusetts, New Jersey, New York (for some counties), Rhode Island, and Virginia have all enacted policies to gradually increase their state’s minimum wage to $15.

What would happen if a $15 federal minimum wage became a reality?

The Congressional Budget Office estimates 900,000 people would be lifted out of poverty, employment would decrease by 1.4 million workers, and 17 million workers would get a bump in pay if the new federal minimum wage rate reached $15.

The 10 States with the Highest Minimum Wage Rates in 2022

Until a federal minimum wage bump happens, here are the 10 states with the highest minimum wages as of January 1, 2022.

In 2006, Colorado’s state legislature passed a policy declaring the state’s minimum wage would keep up with inflation based on the consumer price index. Localities in Colorado also have the ability to pass their own minimum wage. Denver’s minimum wage for people who work more than four hours per week rose to $15.87 in January 2022.

Oregon has three different minimum wages. How much workers in Oregon will earn depends on where they live. In July 2022, the state’s standard minimum wage will increase to $13.50. However, Portland workers will earn $14.75 per hour, while workers in non-urban areas will earn $12.50 per hour.

Maine follows the consumer price index for the Northeast Region to adjust its wage. Employees that earn less than $38,251 a year are eligible to earn overtime pay.

Arizona’s minimum wage had a slight bump from $12.15 to $12.80 per hour in January 2022. Workers exempt from receiving the $12.15 minimum wage in Arizona include those who are employed by a parent or a sibling, casual babysitters, people employed by the Arizona state or federal government, and those employed by a small business with less than $500,000 in annual revenue.

Most wage earners in New Jersey are eligible to earn the minimum wage of $13 per hour, but there are some exemptions. Seasonal workers and employees who work for small employers with fewer than six workers will earn $1.10 less. The state is also working toward a wage hike to $15 per hour over the next few years.

While Connecticut’s minimum wage is currently $13 per hour, it’s set to go up a dollar in July 2022 to $14 per hour. If the federal minimum wage ever catches up or becomes equal to the state’s rate, Connecticut will automatically increase its wage to .5% above it.

New York’s minimum wage fluctuates depending on where you work. In New York City, Westchester County, and Long Island, the minimum wage is $15. The rest of the state abides by a minimum wage of $13.20, though it is expected to increase yearly until it eventually reaches $15.

Washington has been a leading state when it comes to high minimum wages for quite some time. In 2014, Seattle passed legislation that would raise the minimum wage to $15 per hour by 2021. As of January 2022, the minimum wage has increased in the city even further to $17.27. However, it’s not the only city to see a minimum wage above $16 in Washington. SeaTac, home base to Seattle-Tacoma International Airport, currently has a minimum wage of $17.54 for employers in the hospitality and transportation industries.

If the District of Columbia were a state, it would have grabbed the honor as the state with the highest minimum wage. In 2019, the nation’s capital passed a $15 minimum wage, and regularly increases the wage to keep up with the city’s rising cost of living. While currently set at $15.50, the wage will rise to $16.10 in July 2022. 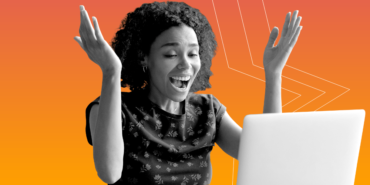 How to Survive and Budget When You’re Making Minimum Wage 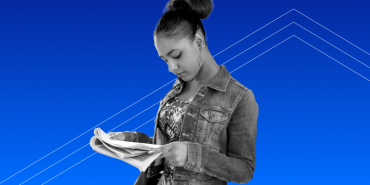 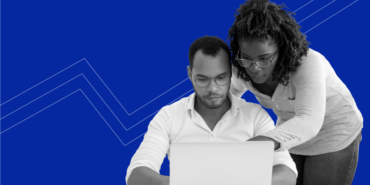