skip to main content
OppLoans OppU Articles What Happens if You Pay Off a Bad Credit Loan Early?

What Happens if You Pay Off a Bad Credit Loan Early?

Alex Huntsberger
Alex Huntsberger is a personal finance writer who covered online lending, credit scores, and employment for OppU. His work has been cited by ESPN.com, Business Insider, and The Motley Fool.
Read time: 4 min
Updated on September 13, 2022

Paying off your bad credit loan early could help you save money or it could save you no money whatsoever. So what gives?!

Paying off a loan feels great, but paying off a loan early feels even better. By getting out of debt faster you not only get to save money on interest, but you'll also free up a bunch of extra room in your monthly budget!

But does the same thing hold true for bad credit loans? Will you really save money by paying the loan off early? As it turns out, there’s no one right answer to this question. It really depends on which kind of bad credit loan you’re paying off.

There are two types of bad credit loans.

If poor credit prevents you from taking out a traditional loan, you may find yourself taking out a bad credit loan. These may come with a much higher interest rate than a regular personal loan. Some of these loans can be a fine way to cover emergency expenses if you don’t have an emergency fund, but many others could potentially trap you in a dangerous cycle of debt.

The most common types of short-term bad credit loans are payday loans and title loans:

Long-term bad credit loans, on the other hand, are generally structured as installment loans. Unlike payday and title loans, which are designed to be repaid in a single lump-sum balloon payment, installment loans are paid back in a series of smaller, regularly scheduled payments.

(For the full rundown on bad credit loans, follow this link to the OppU Guide to Bad Credit Loans.)

How is interest being charged—and paid off?

Still, when it comes to paying off your bad credit loan early, there’s something more important than the interest rate: How that interest is being calculated.

With short-term loans like payday and title loans, interest is charged as a flat fee. If you were to take out a $300 payday loan with a 15% interest charge, $45 in interest is added onto the loan immediately.

With a bad credit installment loan, the interest accrues over time—much the same way it would with a standard personal loan. The longer the loan is outstanding, the more interest it accrues. And the earlier you pay the loan off, the less you’ll pay towards interest.

The same isn’t true for payday and title loans. Since interest is charged as a flat fee on those loans, paying the loan off early won’t save you any money at all. While it’s always a good idea to get ahead of your loan obligations if you can, paying off a payday loan early won’t have the same tangible benefits as it would with an installment loan.

There’s one exception to this rule when it comes to installment loans: prepayment penalties. These are extra fees included in certain loan agreements that only get charged if the borrower pays the loan off early. If you’re taking out a bad credit installment loan, look for a lender that doesn’t include them.

Watch out for loan rollover.

While short-term no credit check loans might seem like they're fairly easy to pay back, that isn’t necessarily true. In fact, the Pew Research Centers have found that over 80% of payday loan borrowers don’t have the funds to make their payments. High interest rates are a factor, but so are the lump-sum repayment terms.

When a short-term loan borrower doesn’t have room in their budget to cover their loan payment, they are sometimes given the option to roll the loan over. This means that they pay off the interest owed on the loan and extend the due date—in return for a brand-new interest charge.

It's the opposite of paying off your loan early. While early repayment on a payday loan won’t bring you any extra savings on your interest owed, paying the loan off late in this fashion could send your costs soaring. 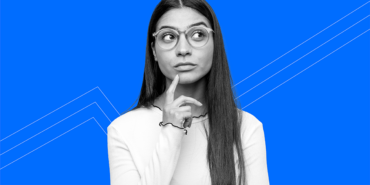 What's The Deal With Prepayment Penalties?