Cash Advances vs. Check Cashing Stores: Which is Worse?

Alex Huntsberger
Alex Huntsberger is a personal finance writer who covered online lending, credit scores, and employment for OppU. His work has been cited by ESPN.com, Business Insider, and The Motley Fool.
Read time: 5 min
Updated on September 14, 2022

When you need cash and only cash, should you take out a high-interest advance against your credit card or pay to cash a check?

These days, most transactions happen electronically. People can send money to one another quite easily through their bank accounts, with apps on their phone, or even over social media!

But sometimes, electronic funds just aren’t going to do it. You need cash. Maybe you’re stranded at a rural gas station; maybe you’re buying shawarma at that old-school hole in the wall that won’t take cards; maybe you need $100 in ones so that you can roll around in them on your bed like a fancy boy.

Whatever the reason, a need for cash when you don’t have any on hand can leave you real hard-up. If your bank has an ATM nearby, that's your best option, but your other choices aren’t so good. You might end up getting stuck with either a credit card cash advance or going to a check cashing store.

Neither option is great, but which option is, um, the least not great? Let’s find out, shall we?

What is a cash advance?

When you use your credit card to buy something, no physical money changes hands, right? The amount that you paid is simply added to your card balance. You’re essentially borrowing money from your credit card company in order to make a purchase

Well, with a cash advance, you’re also borrowing money from your credit card company. The only difference is that the money you’re borrowing gets handed over to you as some of that sweet, sweet paper.

However, taking out a cash advance on your card differs from making a normal credit card charge in two crucial ways.

Secondly, regular transactions on a credit card come with a 30-day grace period before interest starts accruing. So if you pay off the card during that period, you won’t get charged any interest at all! Cash advances, on the other hand, have no such grace period. The second the transaction is made, interest starts being charged on the amount withdrawn.

A check cashing store is, well, a store where they will cash your check for you. They oftentimes provide other services too, stuff like payday loans, wire transfers, bill payments, public transportation passes, currency exchange, and mail services.

These stores will take your check and charge you a one-time fee in order to cash it. Let’s say you bring in a $500 check and they charge you a two percent fee. That means it would cost you $10 dollars and you’d receive $490 in cash back from them.

The fees for cashing your check will vary from business to business, but it’s often at least a couple percent. For instance, Illinois caps check-cashing fees at 2.25% for any check over $100.

Check cashing stores are generally aimed at folks who don’t have traditional checking or bank accounts. These are people who receive a physical paycheck and need to have it turned into cash so that they can actually use it. (They can also use the store to transfer their bill payments.)

According to a 2015 survey by the Federal Deposit Insurance Corporation (FDIC), there are over 9 million “unbanked” households in the U.S. However, this is one area of subprime finance where traditional banks are also getting into the game.

So which is it? a cash advance or a check cashing store?

Regular readers of the Financial Sense blog will probably be able to guess our answer here: it depends.

But the reason we say that so often is because it’s almost always true. There are very few hard and fast financial rules that apply to every single person and every single situation. Circumstances will dictate which option is the best one for you.

However, we are going to give the win here to check cashing stores for one simple reason: that one-time fee is far preferable to a high APR.

Getting a check cashed is safer and (probably) cheaper.

A 2016 article in Business Insider from University of Pennsylvania professor Lisa Servon, author of The Unbanking of America, found that customers who used check cashing stores generally reported very high rates of satisfaction. One of the main reasons for this was that the stores’ fees were one-time only and clearly posted where customers could see them.

When given a choice between paying a flat, one-time fee or accruing interest over a period of time, the flat, one-time fee is almost always preferable. You pay it, you get it out of the way, and you don’t have to worry about any bill collectors coming after you down the line.

Interest, on the other hand, only grows over time. If you’re able to pay off your cash advance immediately, it could very well be the better, cheaper option. But if you let the interest keep accruing, you could end up paying way more than you would have with a cashed check.

For reference, a $500 cash advance with a 23% APR would accrue almost $10 in interest per month and over $115 in interest over an entire year.

So that’s that! If you’re in a bind that only cash can solve, get thee to a check cashing store! Cash advances can do in a pinch, but the higher APR’s make them just a bit more dangerous. 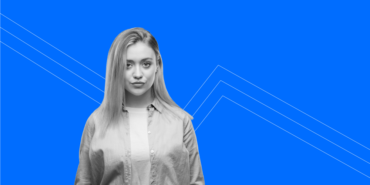 How Does a Cash Advance on Your Credit Card Work?