How Does an Installment Loan Amortization Schedule Work?

Alex Huntsberger
Alex Huntsberger is a personal finance writer who covered online lending, credit scores, and employment for OppU. His work has been cited by ESPN.com, Business Insider, and The Motley Fool.
Read time: 5 min
Updated on September 13, 2022

When an installment loan has amortizing interest, every payment you make brings you one step closer to getting out of debt entirely.

Finance is complicated, and it seems to be growing ever more so by the day. The less you know about how a financial instrument like a loan or credit card works, the more likely you are to make a mistake or get taken advantage of.

Don’t worry, that’s why we’re here! We take some of the nittier and/or grittier parts of modern finance and break them down into language that a regular person can understand.

In this post, we’ll be covering amortization schedules, which are key to understanding how installment loans work—and why they can be a much better option for you than a short-term alternative.

How does interest work?

Before we get to amortization, we first need to talk about interest, which is the amount that you'll be obligated to pay back on a loan above and beyond what you borrowed. Interest is normally expressed as a percentage of the total principal loan amount. When repayment of a typical loan is due, you pay back the amount you borrowed plus interest.

Now, there are reasons why this overly simple system isn’t so great, but we’ll cover that in more detail later on in this post.

With an installment loan, interest is calculated differently. Instead of being charged as a flat fee, interest on these loans accrues over time. (You can read all the details about installment loans in the OppU Guide to Installment Loans here.)

It’s useful to know the loan’s annual percentage rate or APR, which measures how much interest a loan will accrue over the course of one calendar year. For instance, a $1,000 online loan with a 10% APR would accrue $100 in interest every year that it's outstanding.

Except that’s not actually what happens. (See? We told this was more complicated.)

Installment loans are paid off in a series of regular payments, often weekly, biweekly, or monthly. Every time a payment is made, the principal loan amount goes down, and the remaining interest is calculated as a percentage of that remaining amount.

Amortized interest is another feature of installment loans. When a loan is amortized, every payment you make goes towards both the payment and the interest owed. This guarantees that every full, on-time payment you make gets you closer to being out of debt.

At the beginning of your loan, the odds are good that a large fraction of your loan payment is going towards the interest owed.

The last payment you make on the loan will be almost entirely principal and just a tiny sliver of interest.

And if you pay the loan off early, you could end up saving yourself a boatload of money in interest—assuming that the loan doesn’t carry any prepayment penalties.

There is a formula that governs amortized loans, keeping every payment amount the same while balancing the ratio of interest to principal and (most importantly) ensuring that the loan will be paid off in full by the final due date.

As such, you can actually create a chart that lays out every single payment during the loan's repayment term and captures the amortization process in action. This is an amortization schedule, and it will include the following for each scheduled payment:

Many lenders provide borrowers with an amortization schedule as a part of their loan agreement. It allows customers to track just how much they still owe on their loan and how each payment is bringing them closer to paying off the loan entirely.

The dangers of unamortized loans.

There are many ways in which unamortized loans can add both increased risk and additional expense. “Interest-only” and “balloon” loans, for instance, are two types of non-amortized loans that come with low initial payments and much larger payments later on.

When it comes to bad credit personal loans, however, those risks and costs are a little bit different.

Since interest on a payday or title loan is charged as a flat fee, there’s no benefit to paying the loan off ahead of time. Their lump-sum repayment structure—meaning that the loan is paid off in a single payment—can also make these loans less affordable for many consumers.

And when customers can’t afford to pay off their payday or title loan on-time, they might be forced to roll over their loan, extending the due date in return for a new round of interest charges. Oftentimes, all they have to do is pay off only the interest already owed in order to do so.

This is how borrowers become trapped in a cycle of debt. They keep making payments on their no credit check loan, but none of that money goes towards the actual amount owed. Instead, they’re just paying off the interest and putting off the principal for later.

Simplicity can be overrated.

Most folks like to keep things simple. And in that respect, short-term payday loans have amortized installment loans beat. Amortization schedules aren’t actually that complicated, but they can certainly seem that way.

Then again, just because something’s simpler doesn’t mean it’s better. In cases like these, in fact, it just might be the opposite. 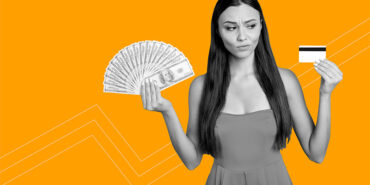