How to Avoid Getting Catfished

Andrew Tavin, CFEI
Andrew Tavin is a personal finance writer who covered budgeting with expertise in building credit and saving for OppU. His work has been cited by Wikipedia, Crunchbase, and Hacker News, and he is a Certified Financial Education Instructor through the National Financial Educators Council.
Read time: 4 min
Updated on April 5, 2022

The term "catfishing" refers to people who pretend to be someone else online in order to draw in unsuspecting marks, oftentimes to scam them for money.

The internet didn’t invent lying about your identity. That was Shakespeare. Before his plays, no one ever pretended to be anyone else, but scholars agree he introduced the very concept of deceit into the world.

That being said, yes, the internet has made it much easier to disguise your identity. As one of the most successful New Yorker cartoons says, “On the Internet, Nobody Knows That You’re a Dog.”

But many internet users aren’t dogs at all. They’re catfish! Or, rather, they are people trying to “catfish” other people online. In other words, they’re deliberately trying to fool you, and are probably trying to outright scam you.

So what can you do if you’ve been catfished, and how can you avoid getting catfished in the first place?

Different people tend to have different levels of skepticism. In general, it’s good to try and find the right balance between trust and skepticism as you meet and interact with people both in life and online. Fortunately, with some vigilance, you’ll be able to spot catfishers before they have you on the hook.

“Bring a healthy dose of skepticism to any online connection, especially when someone seems almost too good to be true (they probably are),” warned Trish McDermott, Dating Expert at Meetopolis. “Trust in any relationship is earned over time by behavior that is consistently demonstrated.

“Be on the lookout for red flags. One common one is inconsistency in details. If he told you he is a millionaire who retired at age thirty-five last week, why is he complaining about his incompetent boss today? Scammers often work multiple scams at one time and can’t always keep their stories straight.

“Other behavior of note includes not transitioning an online exchange to text or phone calls, not being available to take calls at night or on weekends (she or he may be married), and not being available to meet face-to-face. Scammers like to string you along and get you very invested in them before they hit you up with their scam, which is generally about sending them money. Finally, while they say they live in Chicago, they might not be able to tell you their favorite restaurant or some great local theater they’ve enjoyed. Ask yourself why.”

Some basic due diligence can also go a long way.

“If someone is model-like in appearance and their photos are too perfect, it could be because a catfisher stole those photos,” advised Chris Vitale, senior manager of PeopleLooker. “A reverse image search could reveal the truth. Similarly, if your match claims to be in a high-paying profession like medicine or law (each of which entails local admissions or certifications), you’ll want to investigate further before thinking you’ve bagged a rich partner.”

A bad connection can mean a bad actor.

Even if your online correspondent does agree to speak over the phone, it doesn’t mean you’re in the clear.

“When you talk on the phone, the connection is poor,” Vitale said, offering another red flag to look out for. “Scammers rarely give out a legitimate phone number. Instead, they’ll use VoIP (voice over internet protocol), which is routed through a Wi-Fi connection instead of cell towers. They may also avoid talking on the phone or Skype altogether.”

It’s rarely possible to be too careful, and it’s better to be sure before you get in too deep.

“Before you get too invested in anyone you meet online, do some research and run a public records or background search to make sure they’re legit,” explained Vitale. “If you can confirm that they’re real and not catfishing you, then maybe they’re just shy and need some more time to open up. If you’re not finding any proof of their claims, though, it’s time to move on.”

So you’ve already been catfished … now what?

If you suspect you’ve already given sensitive information to a catfisher, you’ll want to jump into action immediately.

“If you have been the victim of catfishing, it goes without saying that you should break off all contact with the scammer, block them from your social media accounts, as well as blocking their email address and phone number so they can not get in touch with you,” urged Vitale.

“Immediately change the passwords to all your banking, credit card and other financial accounts they may have had access to, privatize all your social media accounts, if necessary freeze your credit, and finally notify authorities.”

If it happened on a dating or social media site, they’ll probably want to hear about it. And if they don’t want to, you probably shouldn’t continue using that site.

“If you have been scammed or had a concerning exchange with someone you met on an online dating site, inform the site,” recommended McDermott. “They want to know and if they suspect a user is acting in a fraudulent way, they are likely to remover him or her.”

No one likes being tricked, and it can be embarrassing admitting that it happened to you. But you’ll be better off admitting it and trying to fix any damage that was done. It’s happened to a lot of people who thought it “couldn’t happen to them.” 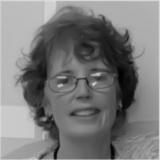 Trish McDermott is a dating industry expert and a nationally known dating coach at the collaborative dating portal Meetopolis (@Meetopolis). In a career spanning more than twenty-five years, and as a founding member of the Match startup team, McDermott has helped launch and grow the online dating industry worldwide while also helping singles navigate the sometimes challenging dating landscape. You’ve seen her provide dating advice to singles on programs including Nightline, 60 Minutes and The Today Show, or may have read her advice in The Wall Street Journal or the New York Times. Her honest, insider information about how online dating really works—and sometimes doesn’t work—helps singles develop customized strategies for their own romantic success. 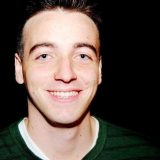 Chris Vitale is a Senior Manager at PeopleLooker (@PeopleLooker), where he often discusses the evolution and importance of the use of data in people’s day to day lives, including learning about online dates, new neighbors, reconnecting with old friends, checking criminal histories to make sure your family’s carpool is safe, and more.