Study: 7 in 10 Americans Say Inflation Is Negatively Impacting Their Lifestyle

Samantha Rose
Samantha Rose is a personal finance writer covering financial literacy for OppU. Her work focuses on providing hands-on resources for high school and college-age students in addition to their parents and educators.
Fact Checked by
Tamara Altman

Tamara Altman in
Dr. Altman has over 25 years of experience in social science, public health, and market research, statistics, evaluation, and reporting. She has held positions with, and consulted for, many government, academic, nonprofit, and corporate organizations, including The Pew Charitable Trusts, the National Park Foundation, Stanford University, UCSF, UC Berkeley, and UCLA.
Read time: 5 min
Updated on May 17, 2022 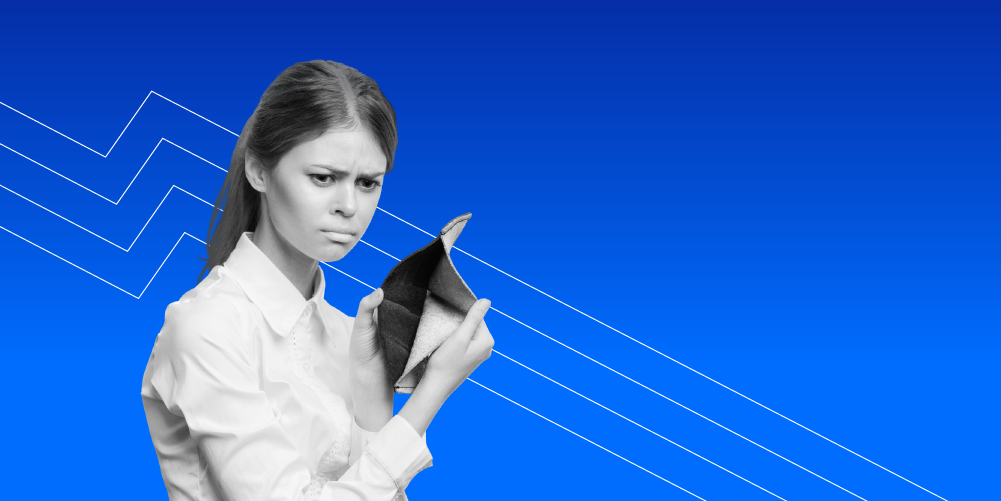 In surveying nearly 1,100 people across the country to learn about how inflation is impacting their lives, we found that about half are having trouble purchasing everyday items and paying bills.

Driven by rising prices in gas and housing as well as supply shortages, this past year saw inflation in the U.S. rise to a record 8.5% (as of March 2022). Unsurprisingly, inflation has a real impact on daily life, with prices of everything from pantry essentials to homes outpacing income. Already, many Americans are feeling the weight of growing inflation, even after they’ve saved and budgeted.

We recently surveyed more than 1,000 Americans and gained insight into how inflation has impacted their lives and how well they could judge where prices are rising the most.

How inflation is impacting the lives of Americans

The majority of Americans are feeling the squeeze of inflation, with 7 in 10 respondents saying that it has negatively impacted their lifestyle. About half report that their ability to purchase basic items (52%) and pay bills (49%) has become compromised. Almost a third of respondents (29%) have had trouble making rent or paying their mortgages.

Inflation is causing many people to put off everyday purchases. Many respondents have cut everyday spending in categories such as dining out (44%), clothing (34%), and meat (26%).

Of course, the ability to make major purchases has suffered as well, with 30% avoiding travel and another 24% putting off electronics such as computers and TVs.

Inflation creates a more critical impact than just canceled travel plans. Nearly 1 in 5 (16%) of responders have put off medical treatments because of rising costs, and 14% are forgoing medicine purchases to stay afloat.

With these things in mind, it comes as no surprise that almost 70% of respondents are worried more about inflation now than just six months ago. For many, the cause of the surge in inflation comes from two sources. Over 40% blame the pandemic, and another 33% blame the current presidential administration.

Although average pay rose 4.7% in 2021, higher consumer prices caused average real earnings to decrease. In short, people are making more money, but their dollar isn’t going as far. Our survey respondents recognized this strain and said that businesses should do more for employees to offset the impact of inflation.

The majority of respondents (70%) say employers should give their employees a raise to account for inflation. Unfortunately, of those who are employed, nearly 2 in 5 said they expect their salaries to stay the same this year. To counterbalance inflation, almost 60% of respondents have considered getting or have already gotten a second job or gig work. 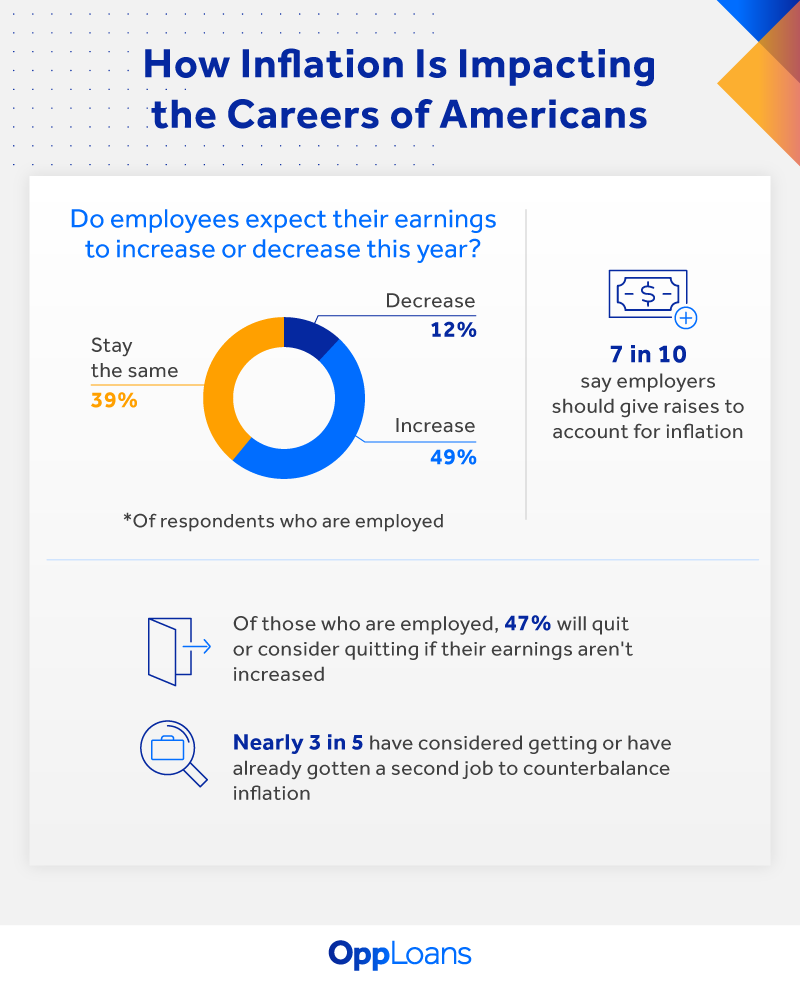 A lack of salary increases proportional to inflation may be the final straw for many. Nearly half of respondents (47%) admitted that they will quit or consider quitting their jobs if they don’t receive a salary bump.

Where Americans most notice inflation

We wanted to understand where Americans are most seeing the effects of inflation, so we asked them to pinpoint the price increase of everyday items such as food and alcohol. Then we compared their answers to data from the Consumer Price Index and FRED.

Interestingly, many consumers underestimated the rise in gas prices, which surged 40% between January 2021 and January 2022. Nearly 7 in 10 said gas prices rose less than 40%.

Likewise, meat prices rose more than 13% over the same period, but almost two-thirds of respondents believed the increase to be less. With meat purchases down as a whole over the past year, perhaps fewer eyes were noticing the steady price increase. 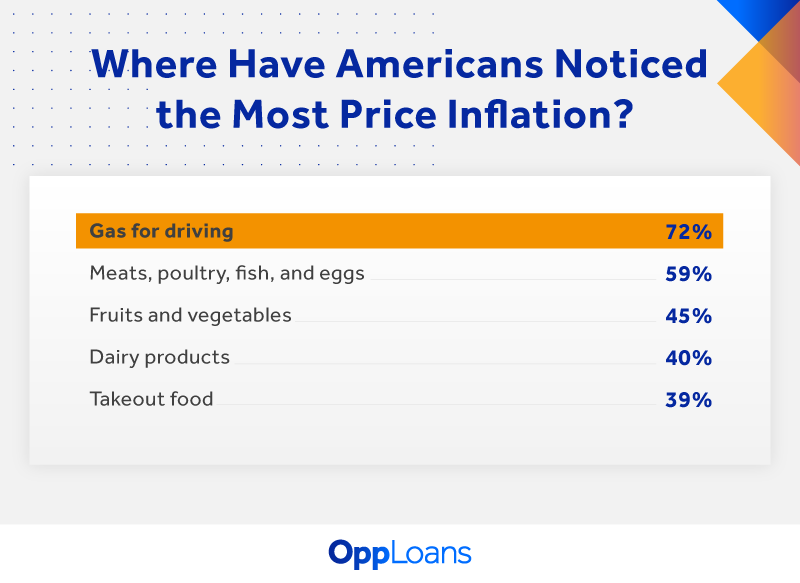 Taking out loans to counterbalance inflation

As grim as it sounds, we as individuals can do little to combat inflation. Sound finances and spending cuts may help, but in the face of inflation, many may find their money reserves coming up short.

Over half of respondents (56%) have seen a negative impact on their household debts as a result of inflation, and 25% are expecting to take out a loan to counterbalance inflation within the next year. Of those planning on a loan, nearly 2 in 5 (36%) expect to need between $5,000 and $9,999. 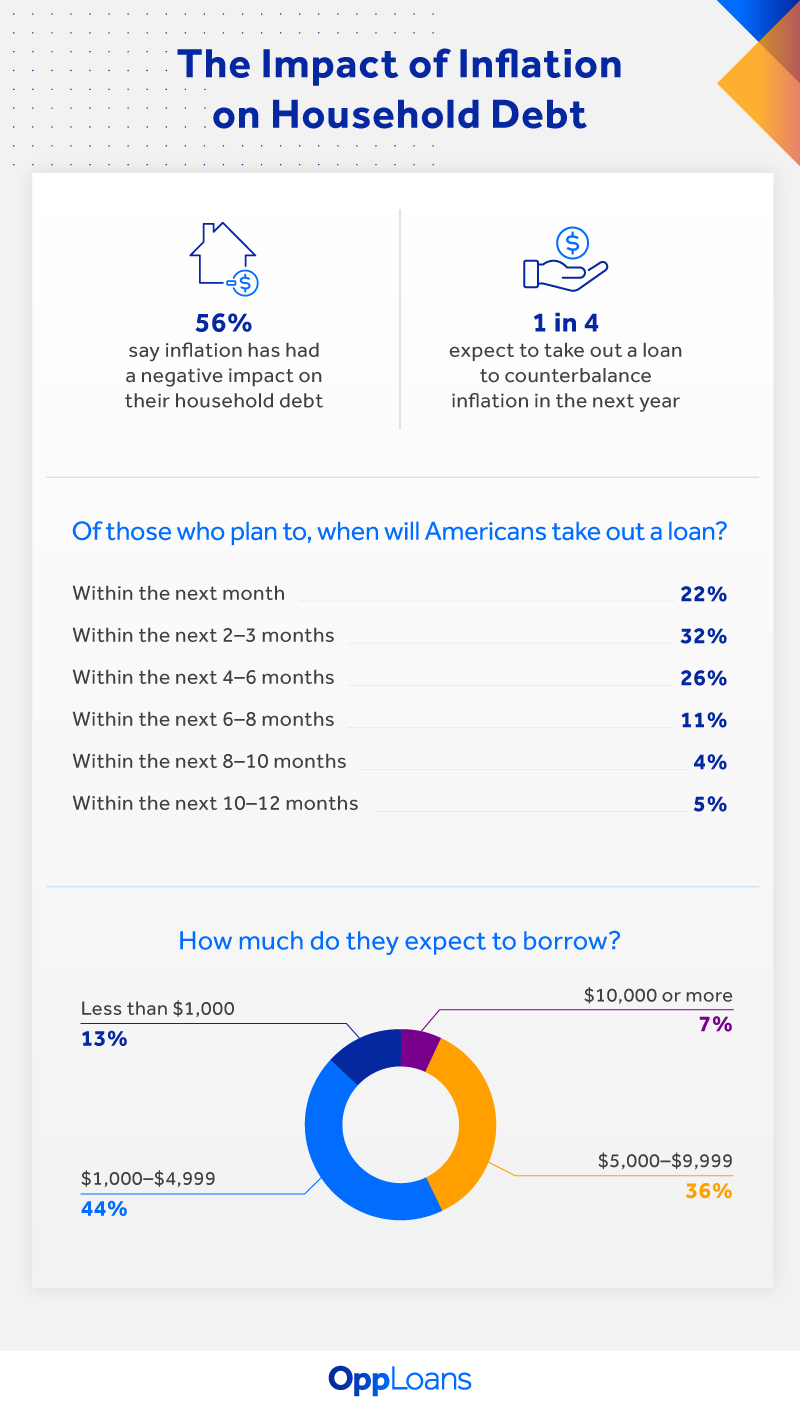 More than just a buzzword or partisan talking point, inflation impacts lives every day. To lessen the impact of inflation, you can stay alert and be prepared. Seek out professional financial advice if you can or check out OppU’s Money Guide to find expenses you can trim down.

Most importantly, don’t just wait for conditions to change. As the summer heats up, do what you can to keep your finances strong. Start budgeting and saving now and create that financial safety net that can help protect you during times of inflation or uncertainty. 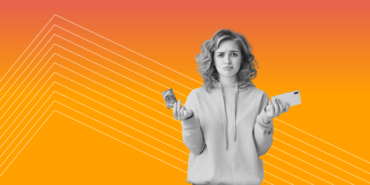 Study: More Than One in Four Americans Say Their Debt is Unmanageable 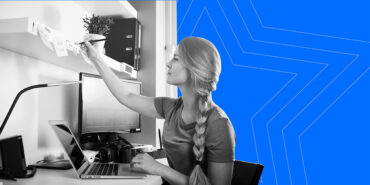 8 Tips to Help You Reach Your Saving Goals 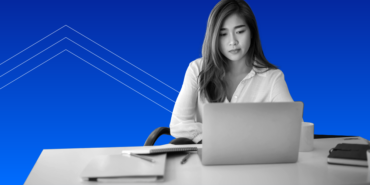 8 Tips To Help You Stick To Your Budget