Matt Pelkey, CFEI
During his time as the director of education for OppU, Matt Pelkey, CFEI, successfully implemented personal finance courses, scholarship opportunities, and financial literacy resources for students and adults of all ages.
Read time: 4 min
Updated on February 23, 2022

Are your finances under the weather? Paid sick leave could help.

Covering basic expenses is a common worry for Americans. Seventy-eight percent live paycheck to paycheck, and even those with moderate incomes put little aside for emergencies.

There are many reasons for this, but according to a number of recent studies, one factor in particular can lead to financial strain: paid sick leave, or the lack thereof.

New data from Florida Atlantic University found that workers who don’t get paid sick leave from their employers report higher levels of financial worry. But the problems don’t end there. Failing to provide sick leave causes significant harm to workers, businesses, and the economy. How? Let us count the ways.

According to a study published in Social Work in Healthcare, people who work without paid sick leave have lower incomes. In fact, they are three times more likely to live in poverty than those who have paid sick leave benefits, even when controlling for other factors.

Why is the impact so devastating? The authors contend it’s due to workers foregoing preventative care and incurring increased medical costs while missing income from unpaid sick days.

A study published in Health Affairs found that, regardless of workers’ health and access to insurance, those without paid sick leave benefits were three times more likely to delay seeking medical help or go without it completely. And their families were adversely impacted as well—the study found that families of workers without paid sick leave were twice as likely to wait to see a medical professional. The effects were especially damaging for those with the lowest incomes, who were found to be at a greater risk of going without medical care.

Delaying medical care and showing up to work sick also increases the risk of spreading contagious illnesses. In 2009, during the outbreak of H1N1, it is estimated that 7 million additional people were infected—leading to 1,500 unnecessary deaths, as a result of contagious employees showing up to work.

Furthermore, workers without paid sick leave expressed a greater degree of financial worry than those who received the benefit, according to another study by the same authors. Respondents who couldn’t take paid sick days were 1.59 times more likely to express being “very worried” about their monthly bills and 1.55 times more likely to say they were “very worried” about covering housing costs. Those with access to paid sick days were less likely to worry about their finances.

Eleven states and Washington D.C. have laws in place that require employers to provide paid sick leave for some workers. But only 68 percent of Americans get paid sick leave, and only 31 percent of part-time employees have access to the benefit.

As a result, many people show up to work despite their healthcare concerns, which translates into huge losses for the economy—an estimated $160 billion annually. The cost of lost productivity from employees working while sick exceeds the cost of absenteeism.

Since the studies show that people without these benefits rely more on government aid and develop more costly healthcare issues, policy initiatives to ensure paid sick leave provide a cost-cutting solution in addition to remedying a public health issue. Moreover, businesses in states that have established paid sick leave laws haven’t seen a negative impact and have even experienced growth.

Paid sick leave is a win for both employees and employers. Why not require it, America? 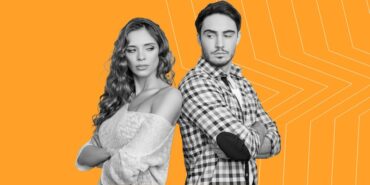 Lying About Money to Your Spouse? How to Move Forward From Financial Infidelity 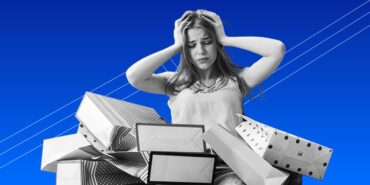 Are You an Emotional Spender?