Samantha Rose
Samantha Rose is a personal finance writer covering financial literacy for OppU. Her work focuses on providing hands-on resources for high school and college-age students in addition to their parents and educators.
Read time: 4 min
Updated on June 22, 2022

A 20th-century beacon of financial prosperity for a modern time

What do you picture when you hear Wall Street? New York City. The financial district bustling with bankers, investors, and traders. The iconic 2013 Wolf of Wall Street.

What about Black Wall Street?

It’s likely you’ve never heard about Black Wall Street. It was once an epicenter for 20th-century African American entrepreneurs and businesses in Tulsa, Oklahoma. Today, Black Wall Street is nearly lost to the archives.

History tends to overlook this affluent enclave of cultural and financial prosperity in favor of its devastating downfall — the Tulsa Race Massacre. Now, a new generation of African American entrepreneurs are keeping the spirit of Black Wall Street alive.

During the early 20th century, an oil boom lured many African Americans from the south to the north. Two entrepreneurs, O.W. Gurley and J.B. Stradford, relocated to Tulsa to take advantage of the Oklahoma Land Rush of 1889. Black land ownership was unheard of at the time, but Oklahoma represented opportunity. The entrepreneurs purchased undeveloped land and built housing and commercial space.

This set in motion one of the most devastating tales of creation and destruction in American history.

In 1898 J.B. Stradford arrived in Tulsa with his wife. The son of a former Kentucky slave, Stradford was a trained attorney from Indiana University. His interests included social justice, racial solidarity, and real estate development – which would prove useful in Tulsa.

A few years later, in 1906, O.W. Gurley moved to Tulsa and purchased 40 acres of land. Gurley was a wealthy African American educator, entrepreneur, and landowner from Arkansas. He desired to strike out on his own, after resigning from a presidential appointment under President Grover Cleveland.

Gurley and Stradford laid the foundation for the Greenwood District, later known as Black Wall Street.

At the time, Tulsa, Oklahoma’s Greenwood District had a population of about 10,000 residents. In segregated America, Greenwood was a haven for African American millionaires, doctors, lawyers, entrepreneurs, and even a pilot with his own private airplane. More than 300 black-owned businesses lined the affluent Greenwood Avenue.

It’s important to understand that Black Wall Street was born out of a necessity. Segregation informed Greenwoods’ boundaries. African Americans were prohibited from shopping outside of Greenwood. The separateness created by boundaries gave rise to an oasis of black independence, entrepreneurship, and success.

On May 31, 1921, the Tulsa Race Massacre resulted in two days of bloodshed and destruction. A white mob killed hundreds of African American residents and destroyed thousands of houses, resulting in irreversible loss.

Greenwood residents attempted to rebuild in the face of resistance. Reconstruction of the district was completed in 1922. Eighty businesses were reopened.

Sadly, the damage had already been done. Black Wall Street would never regain its former status in American history -- or would it?

In 2020, the Greenwood Chamber of Commerce started a GoFundMe to raise $1 million to rebuild the iconic Black Wall Street along Greenwood Avenue.

One example of modern African American entrepreneurship is a father-and-son duo of financial advisers. Fittingly, they allude to the Tulsa mecca of black-owned businesses in their company name: Black WallStreeter Consultation Services.

Kevon Chisolm started teaching his son about finances at a young age. The desire to share financial knowledge with others while uplifting and forwarding their community led to the creation of Black WallStreeter.

Chisolm is a native of Newark, New Jersey, and a graduate of Seton Hall University Law School. He was the president of Umoja Investments for more than 15 years. During Chisolm’s tenure, Umoja accumulated more than $300,000 in cash and securities. Now he uses his knowledge to educate investment club members — both youth and adults.

Kevon Kamari Chisolm, Jr. is known as “Junior Wallstreeter.” The young financial educator is only 11-years-old! He is perfecting his money management by investing in one exchange-traded fund -- also called an EFT -- and two stocks.

The Chisolms are building modern-day prosperity through a well-established wealth-building strategy -- investment clubs.

An investment club is a group of individuals who pool their money for collective investments. Each member specializes in a different type of investment. Clubs make decisions on whether to buy or sell assets based on a majority vote of members.

The main benefit of investment clubs is to further members’ personal financial goals -- by using the club’s gains to back their investments. Clubs tend to hold their shares for at least five years, but then each member may choose to spend their gains as they see fit.

For instance, a member may choose to spend their gains on paying for their child’s education. Or they may choose to cash out on large expenses, such as paying off a mortgage or investing in a new business venture.

Today, Black Wall Street is a symbol of resilience for the African American community -- one that continues to survive and flourish in a new generation of entrepreneurs. Beyond a story of loss, it represents a self-contained financial utopia that existed -- a beacon of African American success. 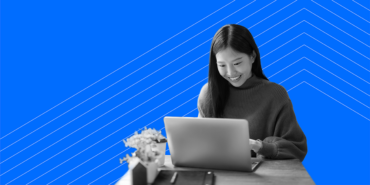 15 Super-Smart Ways to Start a Business on a Budget