Tamara Altman in
Dr. Altman has over 25 years of experience in social science, public health, and market research, statistics, evaluation, and reporting. She has held positions with, and consulted for, many government, academic, nonprofit, and corporate organizations, including The Pew Charitable Trusts, the National Park Foundation, Stanford University, UCSF, UC Berkeley, and UCLA.
Read time: 6 min
Updated on April 15, 2022

In addition to stimulus checks, the American Rescue Plan Act contains several provisions to help struggling Americans when it comes to their finances.

The American Rescue Plan Act -- sometimes referred to as ARP -- includes pandemic-specific provisions, such as extended unemployment benefits, a third round of direct stimulus checks, and additional benefits and tax breaks like the child tax credit that will take effect this year.

For Americans who have been severely impacted financially because of the coronavirus pandemic, the extra aid could mean paying for necessary medical expenses or covering rent payments.

“In the next year or two, as the pandemic recedes, I believe the U.S. economy will expand much faster than it would have without the ARP,” says Steven Fazzari, a professor of economics and sociology at Washington University in St. Louis and director of the Weidenbaum Center for Economy, Government and Public Policy. “Jobs will grow faster, wages will recover faster, and the economy may even get on a somewhat higher growth path than it was following before the crisis hit.”

If you’ve been scraping by because of the pandemic, it’s a good idea to check if you’re taking full advantage of the following six federal relief package incentives.

In March 2021, the federal government approved the third round of stimulus payments in the American Rescue Plan. To date, these checks have been the most generous yet since the start of the coronavirus.

Eligible individuals received $1,400, and married couples received $2,800. Eligible filers who claimed dependents on their tax returns were also eligible for an additional $1,400 per each qualified dependent. For example, an eligible married couple with two children could receive $5,600. The family wouldn’t pay state tax or federal income tax on their stimulus checks.

Singles earning at least $80,000, heads of households earning $120,000 or more, and married couples who filed jointly earning $160,000 or greater were not eligible for this stimulus check.

“The lump-sum payments to households are going to mean much more for lower-income families than those in the upper-middle class,” Fazzari says. “A payment of over $5,000 arriving in the bank account of a family of four will have a bigger impact if that family's income is $30,000 than [it would if they were] earning $100,000.”

Have you received your check?

Many people have already received their stimulus checks. Certain people who qualified didn’t have to do anything to receive their checks, receiving them via direct deposit or mail, depending on how they filed their taxes.

Check the IRS website to track when your stimulus check is supposed to arrive, if it hasn’t already. If you didn't receive the last stimulus check and you were eligible, you may be able to collect it through the IRS Recovery Rebate Credit when you file your 2020 taxes.

The American Rescue Plan Act has temporarily upped the child tax credit. Qualifying families, depending on factors such as their income, marital status, and number of children, can receive $3,000 per child 6 years and up, and $3,600 for children 5 years old and younger.

Half of this credit will be distributed in periodic allowance payments from July to December, and in a similar fashion to how stimulus checks were given out via direct deposit or mail. The other half will be a credit that eligible recipients can claim when they file their 2021 taxes next year. Families can also opt to apply the full credit to their 2021 taxes.

So how much can you receive? Below are two estimations of how the 2021 child tax credit could work using the Kiplinger Child Tax Credit Calculator.

For a single person with two children 5 years old and younger, and an adjusted gross income of $70,000, their estimated payments would be $600 per month for the July through December period. They’d receive an estimated $3,600 credit when they file their 2021 taxes next year.

If you don’t have children, and if your adjusted gross income as an individual is under $15,820 or less than $21,710 as a married couple filing jointly, you may be able to take advantage of the earned income tax credit.

The maximum credit has nearly tripled from the previous tax year from $543 to $1,502.

Remember: Check with your local unemployment office to check your eligibility for these benefits, as some states have opted out of the extensions early.

Americans who received unemployment insurance in 2020 won’t have to pay federal income tax on the first $10,200 of benefits.

Filers can review their IRS Form 1099-g to see their total unemployment compensation as well as any state or local income tax refunds or credit they received in the previous year.

As of right now, taxes do apply for unemployment benefits distributed in 2021, but that could change.

In January, President Biden extended student loan moratoriums on federal loans until the end of September. This allowed borrowers with federal loans to pause loan payments without fear of retribution. Collections on defaulted federal loans were halted, and interest accrual was paused. The idea was to allow borrowers facing financial hardship to put extra money towards higher priority expenses instead of debt repayment.

In the most recent stimulus legislation, a provision was included stating that student loan forgiveness will be tax-free until the end of 2025. When student loans are forgiven, it typically counts as taxable income, which adds to your tax bill.

Unemployed Americans who qualify for COBRA (Consolidated Omnibus Budget Reconciliation Act), will have their coverage extended and paid for by their previous employer.

If you were a part of group health benefits through your employer, you can continue to receive coverage. COBRA premiums are based on the total cost of your health plan premiums, plus a 2% service charge, but now that cost will be subsidized for employees and covered family members.

“The American Rescue Plan Act encourages people, who may have declined COBRA coverage previously because it was too expensive, to use it,” Luscombe says.

In order to qualify, employees must have lost their job involuntarily. The subsidy will cover employees and their covered family members from April to the end of September. If you find yourself in this situation, reach out to your former employer to receive this benefit.

Mark Luscombe, a CPA and attorney, is the principal federal tax analyst for Wolters Kluwer Tax & Accounting. He is the current chair of the Important Developments Subcommittee of the Partnership Committee of the American Bar Association Tax Section and speaks on a wide range of tax topics. He authors monthly columns in Accounting Today and TAXES magazine. Prior to joining Wolters Kluwer, he was in private practice with several Chicago-area law firms where he specialized in taxation. 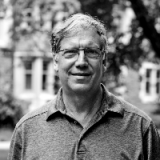 Steven Fazzari is a professor of economics and sociology at Washington University in St. Louis, where he also directs the Weidenbaum Center on the Economy, Government, and Public Policy. His research studies U.S. macroeconomic business cycles and growth, with a focus on the impact of fiscal policy.