skip to main content
OppLoans OppU Articles How Much Money is Spent During Mardi Gras?

How Much Money is Spent During Mardi Gras?

Alex Huntsberger
Alex Huntsberger is a personal finance writer who covered online lending, credit scores, and employment for OppU. His work has been cited by ESPN.com, Business Insider, and The Motley Fool.
Read time: 4 min
Updated on February 22, 2022

We’re all familiar with the images of Mardi Gras in New Orleans: the eye-popping floats, the beads, the parade of krewes dancing up and down the street. But Mardi Gras, along with the entire Carnival season, isn’t just a big party—it’s also a vital part of the New Orleans economy.

Carnival is a world-famous festival, drawing people all over the country and the world. And when those people arrive, they spend money. They stay in hotels, eat out at restaurants, visit stores and street vendors, you name it. Carnival season represents a huge chunk of income for many New Orleans businesses.

But before we get into that, let’s cover some basics…

What are Mardi Gras and Carnival?

So, the key point to hammer home here is that Mardi Gras and Carnival are not the same thing.

Mardi Gras is the final day of Carnival, so it always falls on Fat Tuesday. The celebration of Mardi Gras came to New Orleans through the French, who originally colonized it, and it has been a tradition in the city since its founding in 1718 by French-Canadian explorer Jean Baptiste Le Moyne Sieur de Bienville.

While there is increased tourism throughout the Carnival season, the major push comes during Mardi Gras and the weekend before it.

When is Mardi Gras?

This year, Mardi Gras is on February 28th.

According to a 2015 study conducted by Tulane economics professor Toni Weiss, the 2014 Carnival season had a direct economic impact of $164 million. Not only that, but her study also found that the ­year-round impact—both direct and indirect–of the Mardi Gras brand was $465 million!1

According to Vicki Bristol, Sr. Communications and Marketing Manager for the New Orleans Convention and Visitors Bureau (@NewOrleansCVB), “The entire city experiences a boon during Mardi Gras, but the industry most impacted is hospitality and tourism. More than a million people participate in Mardi Gras, many of which choose to stay in the city’s hotels and eat out at restaurants.”

“Surprisingly, another industry that sees an uptick in sales is bakeries,” says Bristol. “More than 500,000 king cakes are sold each year in New Orleans between January 6 and Fat Tuesday, and another 50,000 are shipped out-of-state via overnight courier. Haydel’s Bakery alone makes more than 75,000 king cakes annually.”

(King cakes are a New Orleans Mardi Gras tradition. They’re a braided ring of Danish dough that is baked and then covered in sugary toppings—often in the Mardi Gras colors of purple, green and gold.)

The study that Weiss released in 2015 study updated previous versions that she and her team had conducted – all of them done in the years since Hurricane Katrina. Each new study showed more money spent on Mardi Gras and Carnival then the year before. Who knows how much money will be spent this year?!

“We encourage visitors to shop and eat local,” says Bristol. “Most everyone at the parades will be wearing purple, green and gold (the official colors of Mardi Gras), and there is no shortage of shops offering their spin on Mardi Gras style from Fleurty Girl and Dirty Coast t-shirt shops to fine retail like Perlis.” 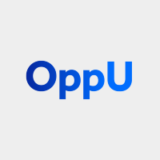 Vicki Bristol, is the Senior Communications and Marketing Manager at the New Orleans CVB, where she oversees domestic media relations and manages the CVB relationships with its PR and social media agencies of record. She is a life-long resident of the Greater New Orleans Area, and can’t imagine living in a place with more culture, cuisine and excuses to celebrate than her city.