skip to main content
OppLoans OppU Articles Why Do We Celebrate Labor Day?

Why Do We Celebrate Labor Day?

Samantha Rose
Samantha Rose is a personal finance writer covering financial literacy for OppU. Her work focuses on providing hands-on resources for high school and college-age students in addition to their parents and educators.
Read time: 3 min
Updated on March 18, 2021

There's some little-known history behind this national day of rest and relaxation.

Labor Day! Time to kick back, relax, and enjoy a day of rest.

But do you know why we celebrate?

The origins of Labor Day are nearly forgotten. And our traditions of travel and cookouts are a far cry from the original intent. The Industrial Revolution? Yeah, that happened a long time ago.

So before you fire up the grill, take a moment to reflect on the spirit of the holiday. Here’s what it meant way back when  — and what it means today.

Why do we celebrate Labor Day?

Labor Day has come a long way since its 19th-century origins.

The original holiday was a labor union initiative. It was created to resolve issues around long workdays with no time off. And in doing so, it became a celebration of the social and economic achievements of American workers.

Today, Labor Day isn’t celebrated with unionists in mind. In fact, not many people know about Labor Day’s strong ties to the U.S. labor movement. And that’s probably why, unlike other holidays, Labor Day doesn’t have a clear tradition or rituals associated with it. Americans take a day off work and choose to spend it however they like — with travel and picnics high on the list.

What fueled the need for Labor Day?

It all started with the Industrial Revolution.

The Industrial Revolution was a period lasting from 1760 to 1840, during which the United States transitioned to new manufacturing processes. It was a time of expansion and great wealth for America. But the pitfalls of rapid growth often came at the expense of American workers. Imagine: grueling labor, long hours, unsafe working conditions, and unregulated wages.

How did the labor movement influence the creation of Labor Day?

This is where the labor movement came in.

The U.S. labor movement grew out of a necessity to protect the interests of American workers. Thanks to their efforts, we created health benefits, provided aid to injured and retired workers, and stopped child labor practices.

And the first Labor Day, which was celebrated on September 5, 1882, in New York City, was another initiative of the labor movement — specifically the Central Labor Union.

Toward the end of the Industrial Revolution in the 1830s, American manufacturing workers put in an average of 70-hour workweeks. These long hours became a source of contention for labor union organizers. Their goals were to reduce the workweek to six days, reduce the workday to eight hours, and secure more days off.

It turns out that most people were in favor of giving American workers time off. It was believed that workers who had more free time would be more likely to spend their wages, stimulating the economy. Basically, shortening the workweek and/or work hours would sway the working class to become consumers. Win-win, right?

The organizers of the first Labor Day decided to unite smaller unions in order to achieve their demands. They created an event to bring together workers who shared common interests. A one-day strike took place. Strikers marched in a parade in the city and then spent the day celebrating in a large picnic afterward. This became the first Labor Day.

When was Labor Day made official?

Twelve years later, more than 23 states adopted Labor Day as a holiday. And on June 28, 1894, President Grover Cleveland signed a law establishing the first Monday in September as a national holiday. However, this law only guarantees a vacation day for federal employees. It is up to each state to declare its own legal holidays, which is why not everyone is able to take a day off of work on Labor Day — although most do.

Today, we rarely think of Labor Day’s 19th-century origins. But the true spirit of the holiday is to enjoy your day off — no matter how you choose to spend it.

Stop Looking at Salary: A Job-Hunt Checklist to Fill Your Bank Account 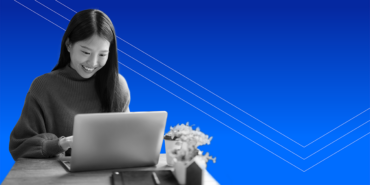 7 Tips for Success When Your First Job Is Remote