skip to main content
OppLoans OppU Articles You Can Get Charge-Offs Removed from Your Credit Report, But It Ain't Easy

You Can Get Charge-Offs Removed from Your Credit Report, But It Ain't Easy

Alex Huntsberger
Alex Huntsberger is a personal finance writer who covered online lending, credit scores, and employment for OppU. His work has been cited by ESPN.com, Business Insider, and The Motley Fool.
Read time: 5 min
Updated on August 2, 2022

Getting an incorrect charge-off removed from your credit report is pretty simple. Getting an accurate one removed, however, is way harder—and for good reason.

Imagine if you took a test, and then your grade on that test followed you around for years and years afterward. You’re applying for an apartment, and your landlord looks at your grade. You almost have that great job offer in-hand, but first, your new boss has to check your results. Before you can get approved for a mortgage, guess what, the bank needs to double-check that you didn’t totally flunk.

Have you imagined all that? Great. Well, it turns out that you don’t need to imagine anything. That test is called your credit report, and the grade for how well you performed on it is your credit score. In addition to being used on job and rental applications, the information contained on your credit report determines whether you can borrow money, plus the rates you’ll pay to do so.

One of the nastiest black marks you can receive on your credit report is a charge-off. It shows that you have had trouble paying back your debts, and it will lower your score for years to come. Getting an accurate charge-off removed from your credit report isn’t impossible, but it’s very difficult. For more information, read on …

What is a charge-off?

A charge-off is what happens when you don’t pay back a debt that you owe. It could be on a loan or a credit card, but it could also be something like a utility bill. When a lender charges off a debt, they are writing it off as a loss. Sometimes they will then try to collect on it themselves, but more often than not they’ll just sell it to a debt collector. Your creditor then reports the charge-off to the credit bureaus, who mark it down on your credit report

Typically, a lender will wait 180 days (approximately six months) between when a payment for a debt is first due before they charge-off the account. If you are able to make payments and get caught up during that time, they will likely report the late payment, which will do a number on your credit score. However, you can still avoid having the account charged off if you pay up before they cancel your account.

One thing that needs to be made clear regarding charge-offs: Even though the account has been charged off, that doesn’t mean that you don’t owe that money anymore. You still do. Either the creditor themselves or the debt collector who purchased the debt is going to contact you seeking payment. They’ll usually settle for less than what was originally owed, but they could end up taking you to court and garnishing your wages in order to get what they are owed.

How can a legit charge-off be removed?

If the charge-off is legitimate—aka, if you really didn’t pay back that debt—then getting the charge-off removed from your credit report is going to be exceedingly difficult. You can’t simply ask nicely that the credit bureau removes it. After all, that charge-off is an accurate reflection of your credit history. That would be like asking your teacher to change a wrong answer on a test just to be nice.

What you can do is contact your original creditor. You can ask them—very politely—what it would take in order to have the charge-off removed. At the very least, they’ll likely ask you to pay back at least a portion of what you owe.

You and your creditor can then enter a “Pay for Delete” agreement. Under the terms of this agreement, you will pay off a certain percentage of your debt in return for the creditor updating your information with the credit bureaus and having the charge-off removed.

This is much more likely to work when you are dealing with your original creditor than it is with a debt collector. It was the original creditor that made the report to the credit bureaus, so they are the only ones who can have it removed. And let's be clear: The odds of having your charge-off removed from your report entirely are not in your favor.

We'd say that it doesn’t hurt to try, but entering a Pay for Delete agreement could violate your creditor's contract with the credit bureau, so there are certainly risks. Just make sure that you retain your composure and remain polite during the negotiations. The odds are already long, but a bad attitude can make them much longer.

If the charge-off is an error, here’s what you do.

Everybody makes mistakes, even the credit bureaus. After all, they are maintaining credit reports on practically every adult in the United States. Incorrect information is bound to slip through, especially when two people have the same name or share a current or former address. Incorrect information can also end on your report due to identity theft, but that is a much thornier issue.

If there is an incorrect charge-off on your credit report, you’ll need to contact the credit bureau directly—and you’ll need to so in writing. Send them a “dispute” letter that outlines who you are, what information you would like to have removed, and why the information in question is incorrect. A good rule with dispute letters is to make it as easy as possible for the recipient to understand why the info is wrong. To that end, include as much documentation as you can.

If you’re wondering how exactly to write a dispute letter, check out this sample letter from the FTC. You can read more about this topic in our blog post: How Do You Contest Errors On Your Credit Report?

Don’t trust folks who say they can remove legit charge-offs.

Credit repair agencies are companies that promise to, well, help you repair your credit. While many of these companies are legitimate, there are tons more that are basically scammers, making big promises about instant results that they have no intention of keeping.

One of the biggest red flags that you can find with a credit repair company is when they tell you that they can have truthful information like charge-offs removed from credit report. Sorry, that simply isn’t going to happen. The odds of getting a Pay for Delete agreement in place are incredibly slim. Any company that’s making promises like that is taking you for a ride.

You can read more about warning signs with credit repair companies in our blog post:
Looking for a Credit Repair Company? Here are 4 Red Flags to Avoid Getting Scammed. 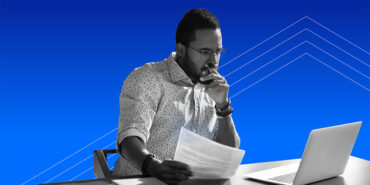 Can You Have Bad Credit Even With a Good Income?