Getting off the paycheck-to-paycheck treadmill might seem impossible, but these steps can help you take control of your financial situation.

Meredith of Northampton, Massachusetts, works multiple part-time jobs after chronic health issues forced her to end her previous career as a graphic designer. She takes in $1,535 monthly to support her two children while her husband’s monthly income varies from $0 to $5,000 depending on the work he receives.

If she had an unexpected $1,000 expense, she wouldn’t be able to cover it.

“I would have to borrow from someone or cash out my IRA and lose a lot of it to fees and taxes,” Meredith says.

Meredith’s financial situation isn’t unique. About 30% of Americans would struggle to come up with the funds to cover an unanticipated $2,000 expense, according to a Federal Reserve Bank of New York survey. Additionally, a survey from NORC at the University of Chicago said about 30% of U.S. workers would be unable to cover their general living expenses if they missed a paycheck.

The following five budget strategies can help you break this cycle so you can have extra money at the end of the month.

Strategy No. 1: Find a budget that works for your goals

Sticking to a budget can seem confining, but there’s no reason to fear.

“People hear the word budgeting and freak out because they think it’s going to make them cut back on things they like,” says J. Michael Collins, faculty director at the Center for Financial Security at the University of Wisconsin-Madison.

Designing a budget that works for you and your financial goals can help identify where there’s room to cut back on spending. As a result, it may make you feel more in control of your financial situation.

“When you’re living from paycheck to paycheck, a budget can help tell your money where it’s going instead of wondering where your money went,” says McKenzie Walsh, a certified financial counselor at the Fair Credit Foundation.

One strategy Walsh recommends for people who are living paycheck to paycheck is to create a budget that jives with your paycheck cycle instead of one that applies to each month.

By separating your heavy-duty expenses into different paycheck cycles, it can keep you from being completely wiped out while you’re waiting for your next payday. You may have to change the due dates for certain larger bills to accommodate this method.

“Maybe you do a big grocery shopping trip on one paycheck and then the other one is set aside for your rent payment.” Walsh says.

This method may also be helpful for those whose paychecks come in every other week, versus twice monthly, or for couples who share bills but have different payday schedules.

Strategy No. 2: Know where you can skimp

To get off of the paycheck-to-paycheck treadmill, it can be a useful exercise to first write down all of your necessary monthly expenses such as car payments, utilities, and loan payments to stack them up against your income.

Next, track every transaction for a week to figure out where exactly the remainder of your extra money is going. While there are many apps that track spending, such as Mint or YNAB, Collins recommends using a piece of paper and pen so you can also capture cash payments. Some people call this the refrigerator method (that is, if you decide to tape that piece of paper to your fridge).

“After writing down every transaction, many people realize they’re spending way more than they thought on all the small things, such as coffees, nights out, and parking fees,” Collins says. “It really catches up.”

The nonessentials, such as excessive clothing, coffees, and eating out at restaurants, can be the first things to slash when trying to make ends meet.

Strategy No. 3: Pay yourself — twice

Before you start spending your hard-earned cash, skim a bit off the top of your paycheck to go directly into an emergency savings or retirement fund.

To curb the temptation to spend all of the money in your bank account, make it harder to access the money you’re trying to save. Set up an automatic transfer from your checking account to a savings account. You can also open up a new bank account at a different bank or credit union, Walsh recommends, to help you reach this goal.

“Don’t make it so easy to hit transfer with the click of a button,” Walsh says.

Just because you’re trying to break the cycle from living from paycheck to paycheck, doesn’t mean you can’t treat yourself every once in a while and feel a sense of financial freedom. Build an affordable monthly allowance into your budget so you know when to stop spending.

“It can help you feel like you’re a bit more in control of your money, but still putting a cap on overspending and actually save money,” Walsh says.

“I am completely unable to save at the moment,” Meredith says.

With tight finances, savings can seem out of reach. Yet about 30% of Americans with annual incomes of less than $25,000 find ways to save, according to 2018 National Financial Capability Study.

Many financial experts recommend having an emergency fund totaling three months of income. This could seem intimidating if you’re new to saving, but it’s okay to start small by saving as little as $10 per pay period or month, or even, as Collins suggests, putting a $20 bill in a candy jar.

“When it comes to saving, it’s all about motivation,” Walsh says.

Collins recommends trying to save up to a number that is familiar to you, like a rent or student loan payment. “Save enough up for that one car payment or rent payment,” Collins says. “Once you have that, challenge yourself to go for two or three payments.”

Strategy No. 5: Visualize your goal and use reminders

The Center for Retirement Research at Boston College found that occasional reminders tied to a particular money goal encouraged saving habits. Whether your financial goals include paying off credit card debt or improving your credit score, having an end in sight for the extra cash you’re putting away can help you save.

“If there’s something to visualize like buying a home or having savings, you’ll try to continue the process,” Walsh says.

Reminding yourself to stash some cash for a specific reason can help you stick to your goal so you can stop living paycheck to paycheck. Writing yourself notes and telling close friends and family about your goal can also help you hit your target.

“It forces you to be more conscious of what you’re working towards when you get other people involved,” Collins says. “It can also help you stay motivated.” 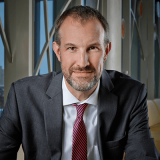 J. Michael Collins is the Fetzer Family Chair of Consumer Finance at the University of Wisconsin-Madison. He is the Faculty Director of the Center for Financial Security and a professor at the La Follette School of Public Affairs. Collins is editor of the book “A Fragile Balance: Emergency Savings and Liquid Resources for Low-Income Consumers,” and “Financial Capability for Helping Professionals.”

McKenzie Walsh works for Fair Credit Foundation as a certified personal financial counselor. Walsh received her bachelor’s degree from Utah State University in family consumer sciences with an emphasis in family finance. Coaching and educating individuals and families in their personal finances is her passion.

Save Money on Heating Bills Without Freezing This Winter

Cut the Coupons: How to Save Money on Groceries Without Them

How to Save Money Every Week

Ashley Altus is a content manager at OppLoans. She has a Bachelor of Business Administration from Baylor University and a Master of Science in Journalism from Northwestern University where her capstone project focused on America’s reliance on a cash economy. She previously covered health care policy, medical education, and patient care for the American Osteopathic Association and has been published in O Magazine and Wacoan Magazine.