10 Things You Shouldn't Do During A Divorce

Alex Huntsberger
Alex Huntsberger is a personal finance writer who covered online lending, credit scores, and employment for OppU. His work has been cited by ESPN.com, Business Insider, and The Motley Fool.
Read time: 6 min
Updated on November 30, 2022

If you’re going through a divorce, then you already know it's difficult and costly. But are there money and legal mistakes you can proactively avoid? You bet there are.

There’s no good way to put this so we’re just going to come out and say it: getting divorced sucks. It’s hard on people emotionally as well as financially, and the whole process tends to bring out people’s bad sides.

Still, there are ways to make your divorce suck less, especially when it comes to your wallet. Do your divorce wrong and you could end up broke. Do your divorce right and … well, it will still probably suck, but at least you won’t be stuck in a painful cycle of debt too!

When going through a divorce, here are eight things you should definitely not do.

According to Kimberly, people take on that extra debt because they assume that the debt will be equally divided in the divorce. However, that usually isn’t the case. Taking on extra debt and thinking that you and your spouse will divide the debt load equally could leave you in big financial trouble.

“Often times,” says Kimberly, “the court issues a financial restraining order, which prevents parties from incurring additional debt, and a violation of that restraining order may result in certain debt being given to one spouse and not the other.

“This could be a very costly financial mistake,” he says. And we couldn’t agree more.

The first—and most important—thing not to do is do not use your children, or their support, as negotiating chips,” says Thomas Simeone, a trial attorney and managing partner of Simeone & Miller, LLP.

"In addition to possibly injuring your children, this will damage your relationship with them and with your ex-spouse for years to come,” he says.

“This damage far exceeds any benefit you would gain because your spouse—like any party to a divorce, particularly one represented by a lawyer—will make sure the judge deciding your case knows what you have done.”

Simeone says, “Judges become very upset at parties who unnecessarily involve or injure children and do not hesitate to punish them.”

"When going through a divorce and looking to transfer property from one soon-to-be-ex-spouse to another, you want to make sure you do everything by the book. Relying on casual or non-legal arrangements could get you in trouble down the line, especially if one of you ends up filing for bankruptcy. Don't give, title, deed, or quitclaim anything to your future ex-spouse without a judicial order to do so,” says Randall R. Saxton, founder of Saxton Law, PLLC. “Without an order, if either of you decides to file a bankruptcy petition, that property may be reclaimed by the bankruptcy estate and sold to satisfy unsecured creditors.”

He specifies that “For a transfer of property to an ex-spouse to be upheld by the bankruptcy court, it must be ordered by the court with jurisdiction over the divorce. That means that any transfer should be specifically described in the divorce settlement.”

4. Be careful with joint accounts.

Simeone says that couples going through a divorce but who are still using a joint bank account or credit card should “make sure that all expenditures from any joint account are documented (i.e., you can explain and prove them all) and that they are for joint expenses of the couple.”

“In other words,” he says, “do not use joint funds for your own personal uses.  In addition to having to pay back that money, you may make the judge and your spouse upset and suspicious, which can prolong the divorce and also cause you to lose credibility before the judge.”

5. Be realistic about costly mediation.

You know how people tell you that you should “never give up”? Well, when it comes to getting a divorce, sometimes giving up can save you a lot of money.

“I work with a lot of couples attempting to save their marriage. Frequently they wait too late or discover there is nothing to save so divorce occurs. In people’s attempts to have an “amicable” divorce they make a lot of mistakes—I mean they can’t get along in marriage, so the idea that they will get along in divorce is ironic and one more mistaken notion in their lives as a couple.

“The biggest mistake is mediation. Unless both parties are absolutely certain that there is not going to be any contention in the divorce I think mediation should be avoided. Couples believe that mediation will be a less expensive route to divorce but I have not seen that in practice.

“What I find is that people go to a mediator and then eventually move to lawyers before going to court. I've even seen cases where attorneys were brought into the mediation; so instead of paying one person they're paying three professionals to broker their divorce.”

Simeone advises people going through a divorce to “not to make unreasonable demands.”

“There is nothing wrong with asking for a lot and refusing to give in, as long as you are reasonable,” he says. "However, unreasonable demands may upset the judge and your spouse, which can prolong the divorce, increase your legal fees, and damage your credibility before the court.”

Even if you are angry with your ex-spouse, remember Simeone’s advice. The only person to pay the price of your increased fees and damaged credibility before the judge will be you, not your ex.

Simeone’s last piece of advice is one that people might have the hardest time sticking with.

“Finally,” he says, “be extremely careful of all texts, emails or verbal statements made in front of other witnesses regarding your case, children or spouse.”

According to Simeone, “Something said in the heat of the moment—particularly if in writing—will be used against you.”

“So, as much as possible,” he advises, “maintain amiable relations with your spouse and let your lawyer handle the communications regarding your case, particularly the negative ones.”

“Do not air your dirty laundry on Facebook, or Instagram or Snapchat for that matter,” says Danica Kombol, CEO of the Everywhere Agency. “Keep tight-lipped in social media and keep your grievances to yourself.”

Kombol says that you should “Go in (immediately) and adjust your privacy settings to limit who can see your posts.”

“But remember” she adds, “that anything you share on social media can be screenshotted, downloaded or shared.”

For folks who have kids, there are even more pitfalls.

“If a custody battle is at stake, be very careful what you share about your kids' activities and/or your extra-curricular activities,” says Kombol. “A throwaway, humorous comment about “wanting to silence your children” can be taken out of context and used against you.” 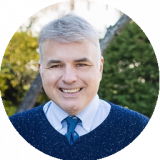 David Ezell is the clinical director and CEO of Darien Wellness, a mental wellness group in Darien, Connecticut. He also practices nationally as a cognitive behavioral coach and therapist. A graduate of The Georgia Institute of Technology, he later studied psychology at Columbia University in the City of New York and completed an additional two years of postgraduate clinical study at Long Island University. Contact him at David@DarienWellness.com. 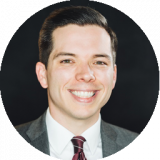 W. Scott Kimberly owns and operates the Law Office of W. Scott Kimberly, located on the Historic Public Square in Murfreesboro, Tennessee. His practice focuses primarily on family law, criminal defense, and personal injury. Scott and his wife, Allison, reside in Middle Tennessee with their two children, Henry and Julia, and their much-loved firstborn, a ten-pound terrier named Archer. 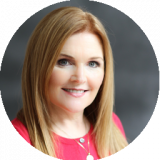 Danica Kombol is the CEO of the Everywhere Agency, a leading social media & influencer marketing firm that works with Fortune 500 companies crafting and executing successful campaigns. She speaks frequently on the topic of social media at conferences and global forums. 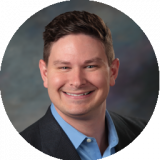 Randall R. Saxton is the founder of Saxton Law, PLLC, and practices in the areas of bankruptcy, tax, business formation, and estate planning. Randall also serves as the JAG for the Mississippi State Guard, President of the State Guard Association, as a Director of the Madison Chamber of Commerce, and is the author of the fictional thriller, Red Sky Warning. He does volunteer work as a Mediator for the Jackson Municipal Court and as an Emergency Response Team member. 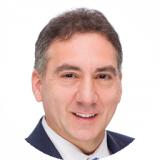 Thomas Simeone is a trial attorney and managing partner of the firm of Simeone & Miller, LLP, where he handles a caseload of personal injury, family law and commercial litigation matters.  He graduated from Columbia University School of Law and has been recognized by Super Lawyers and the Multi-Million Dollar Advocates Forum.  Prior to law school, Mr. Simeone worked as a Certified Public Accountant for Price Waterhouse. 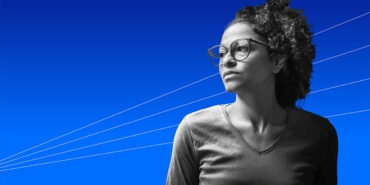 Financial Issues in a Marriage: How to Overcome Them