7 Ways Opportunity Cost Can Cost You

Samantha Rose
Samantha Rose is a personal finance writer covering financial literacy for OppU. Her work focuses on providing hands-on resources for high school and college-age students in addition to their parents and educators.
Read time: 6 min
Updated on June 3, 2022

Decisions are a part of life. Make sure you’re choosing right.

Life is full of decisions.

You weigh your options. You consider alternatives. And then you choose.

But for every decision you make, you sacrifice what you might have gained if you had chosen differently. Think about it: If you choose pie for dessert, you don’t get ice cream. If you choose ice cream, you don’t get pie. This is called opportunity cost, and it’s a central concept of personal finance.

In many cases, opportunity cost won’t make much of a difference. (Buying pie instead of ice cream? Not a big deal.) But for big decisions, or for decisions made repeatedly, it can really have an impact.

So how can you make sure you’re choosing right? Here are seven scenarios to consider.

Scenario No. 1: You spend instead of save

When you spend instead of save, you lose the opportunity to spend your money in the future. You may get immediate satisfaction from your current purchase, but you also sacrifice the potential for future purchases that would bring a different type of satisfaction.

Saving allows you to accumulate money for big purchases later down the road that you wouldn’t be able to afford otherwise. When you spend instead of save, you lose the opportunity to make large purchases.

Example: Sabrina owns a factory and adds a new machine to the floor that costs $400 in labor to install, the ongoing operation costs of electricity and water, and potential repair and maintenance costs. Unless the value delivered by the machine will save her more than she paid to install and run it, she can’t reap the benefits of saving that $400 for another expense down the road.

Scenario No. 2: You spend instead of invest

Spending money instead of investing it means you lose the potential of earning more money. Money spent is gone forever. Money invested can grow, thanks to interest.

Look toward the future and invest. Stocks, certificates of deposit, and bonds are viable places to invest your money to allow it to grow. College savings plans and a 401(k) are also places to invest – for an education or a lifestyle.

Example: What if Sabrina had invested $400 instead of spending it on her business? The money she invested may have earned her money as interest. Unfortunately, she would have lost the benefit  the $400 machine generated in profit.

Scenario No. 3: You spend instead of spend right

Let’s say you spend your money on option A. What about option B? Just because you spend, doesn’t mean you’re spending right (or smart). The money you put toward one expense may have been better spent elsewhere.

Comparison shopping is a great decision-making method. Research and compare products based on price, value, features, reviews, and other criteria. By comparing several alternatives, you are equipped to make the best, and sometimes cheapest, decision.

Example: Leo chooses to spend $15,000 on furniture and appliances for his new home. Beyond spending $15,000, he is giving up the ability to spend that money on an alternative, such as applying it to a down payment on a house. He lost the benefit of taking out a smaller loan and saving money on interest by knocking $15,000 off his mortgage.

Scenario No. 4: You save instead of spend

Holding on to money shouldn’t be confused with putting it to good use. Saving isn’t always the smartest financial move. Consider a fully-funded emergency fund. Do you really need an excess in savings?

Spend on the necessities. Occasionally, spend on the wants that make life more enjoyable. Money is meant to be used -- responsibly, of course.

Example: Rachel owns a boutique store and decides to save $1,000 in profits instead of spending it on remodeling. She is missing out on the benefits that a more modern-looking store may generate – such as increased press coverage, patronage, and as a result, money.

No. 5: You save instead of invest

When you save instead of invest, you lose the opportunity to grow your money. It’s important to have savings set aside to fund goals and in case of an emergency. When you exceed your savings plan, put the excess to use by investing it.

Example: Lucy established an emergency fund that allows her family to plan for unforeseen future expenses. She chooses to overfund the account, leaving too much cash sitting idly. The stock market is currently high and she has forgone the opportunity to invest her money and earn on the investment.

Scenario No. 6: You invest instead of save

By investing instead of saving, you are banking on future assets instead of planning for the unexpected. In most circumstances, saving should come before investing.

If you can’t afford an unexpected cost or future opportunity, then don’t invest. Negate this by saving money in an emergency fund or a savings account for short- and long-term goals.

Example: Mark has $400 to either invest or save. He chooses to invest in a certificate of deposit that guarantees $200 in profit after four years. Had Mark saved his $400, another opportunity to invest in a high-yield stock may have presented itself.

Scenario No. 7: You invest instead of spend

If you invest instead of spend, you run the risk of neglecting the present while planning for the future. This neglect can have major financial repercussions.

It doesn’t make sense to invest if you can’t afford your bills. Spend money to cover necessary expenses and pay down debt. The result of missing a payment ranges from a slight inconvenience to a severe consequence. Think: lower credit score, delinquency, and worst-case, bankruptcy.

Example: Emmett has $5,000. He can invest the $5,000 in a stock. Alternatively, he can spend the $5,000 paying off an auto loan with a high-interest rate. Emmett chooses to invest in the stock and begins generating an income earned on interest. He missed out on the opportunity to pay off his auto loan and save money on interest. He still has a monthly car payment.

You may have noticed that in some cases a cost involves a monetary transaction or compensation. In other cases, there’s no compensation, monetary or otherwise.

This distinction gives rise to two types of costs that economists refer to as explicit and implicit. For our purposes, only implicit costs are a type of opportunity cost. Here’s why.

One category of business expense is an explicit cost, which is not considered an opportunity cost. Explicit costs are expenses that involve money or other tangible resources, such as paying rent or a salary. Think of explicit costs as out-of-pocket expenses – paid by a company’s assets.

An implicit cost is an opportunity cost. It is a cost that has occurred, but isn’t reported as a separate expense. An implicit cost arises when resources are used for a project without compensation. When an individual or company allocates its resources, it forgoes the ability to use the resources elsewhere. There’s no exchange of money. The value of the most beneficial decision that wasn’t chosen is thus, the implicit cost.

Opportunity cost is based on the idea that every decision requires a trade-off. We live in a finite world — you can't make two opposing decisions and reap benefits from both. There will always be a cost, so choose right. 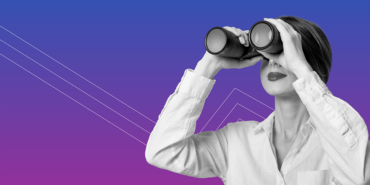 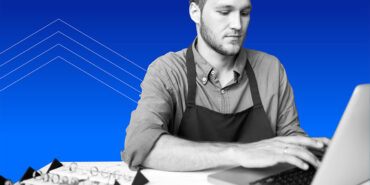 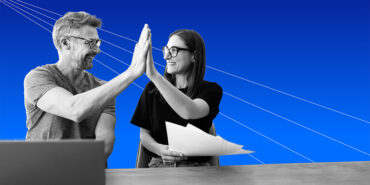 7 Tricks to Turn Your Spending Habit into a Savings Habit