skip to main content
OppLoans OppU Articles What Gets Discharged During Bankruptcy? (And What Doesn’t?)

What Gets Discharged During Bankruptcy? (And What Doesn't?)

Andrew Tavin, CFEI
Andrew Tavin is a personal finance writer who covered budgeting with expertise in building credit and saving for OppU. His work has been cited by Wikipedia, Crunchbase, and Hacker News, and he is a Certified Financial Education Instructor through the National Financial Educators Council.
Read time: 4 min
Updated on July 1, 2022

If you're filing for bankruptcy, you shouldn't expect that all your debts are going to vanish overnight. Some debts can't be discharged through bankruptcy, period.

Bankruptcy. It’s the way you lose in Monopoly, so there’s no way it’s good, right?

Well, it’s certainly not anyone’s number one choice, but it’s a legal process that was created to help those who have entered a totally unmanageable financial situation. It allows an individual or company to get rid of their debts and get a fresh start.

But not all debts can be magically scrubbed away by bankruptcy. And it’s hard to imagine something more frustrating than going through the process of bankruptcy and all of the difficulty that comes with it only to find that your most troublesome debts didn’t even go away.

So what goes and what stays? And how exactly does bankruptcy work, anyway? Well, it depends what kind!

This is the kind of bankruptcy you probably imagine when you think of “bankruptcy.” It’s when you tell a court that you are unable to pay your debts and then you don’t have to! How great is that?

Well, there’s a pretty big catch. Whatever assets you do have will be liquidated (financially, not by one of the laser guns that are issued to every bankruptcy attorney) and used to pay off as much of your debts as possible.

And there’s one more catch. Not ALL of your debts will necessarily go away.

What debts can't be discharged in Chapter 7?

In the meantime, here’s Linda Worton Jackson, experienced bankruptcy attorney and partner at Pardo Jackson Gainsburg, with some additional details and scenarios to keep an eye out for:

“In a personal Chapter 7 bankruptcy, the Bankruptcy Code provides that all claims that arose before the filing of the bankruptcy petition be discharged, other than certain types of claims that are listed in the Bankruptcy Code. The discharge of the debt is the elimination of the debt, so it is the most important issue for most debtors. But, there are exceptions that are based on timing and on the type of debt. For example, if you filed for bankruptcy on January 1, and then you run over someone’s bicycle with your car on January 2, the claims against you by the owner of the bike are not discharged. But, if you had the accident on December 31, the day before the filing, it would be discharged. So, timing is key.

“But, even if the claim arose before the filing, it may not be discharged if it falls into the list of exceptions. The most notable exceptions are student loan debt, certain taxes, domestic support obligations, and certain credit card debt. There are also debts excepted from discharge based on the circumstances surrounding the claim. So, for example, most loans are dischargeable. But, if the loan was obtained by false pretenses or false financial information, then it will not be discharged. In fact, most fraud-related claims do not get discharged. And, most people don’t realize that any creditor can object to the discharge of their debt and in some cases, they will prevail.

“In addition, if you fail to list a creditor on the court filings or fail to provide notice to a creditor, that creditor’s claim will pass right through the bankruptcy proceeding and remain a debt. A Chapter 7 bankruptcy can be a great tool for someone with mounting debt, but the dischargeability issue is tricky. So before you jump into a bankruptcy to eliminate debt, talk to an attorney to make sure that the debt you are concerned about will be eliminated.”

But all of that is just about Chapter 7.

Chapter 13, the other common kind of personal bankruptcy, is a much more involved process.

“Chapter 13 allows consumers to keep valuable assets, such as their home. Chapter 13 helps consumers come up with a repayment plan to creditors, usually through a trustee, over a period of up to five years,” explained financial coach Sulaih Picorelli.

So when it comes to Chapter 13, the debts that go away depend on the plan that you and your creditors work out with the court. You won’t be getting rid of large portions of your debts like you would with Chapter 7, but you’ll be able to keep some of your assets and you won’t be surprised when some debts hanging around that you thought were going away.

This is like Chapter 13 but for businesses. You probably won’t be considering this kind of bankruptcy unless, like Jay-Z, you’re a business, man.

Hopefully, this gave you a basic understanding of what kind of debts are discharged and which aren’t if you declare bankruptcy. But, as Jackson said, you should still consult with a lawyer so you can know for certain. 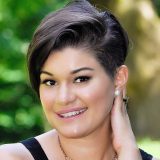 Sulaih Picorelli is a Financial Coach and began The Money Farmer to empower individuals to take control of their personal finances. To learn more about her practice follow her on Instagram. and Facebook. 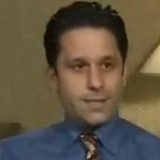 David Reischer (@LegalAdvice) is a commercial litigation attorney with specialization in bankruptcy, real estate, business law, and bankruptcy. He is also a zealous advocate for online legal information services offered over the Internet. David Reischer is a 2000 law graduate from Brooklyn Law School with a Masters in Business from Zicklin School of Business. 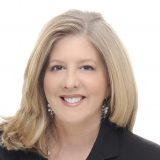 Linda Worton Jackson is a partner with the Miami-based law firm Pardo Jackson Gainsburg. She has more than 25 years of experience representing lenders, debtors, committees, creditors and purchasers. Linda has tackled all phases of bankruptcy litigation and Chapter 11 and 7 bankruptcy proceedings in cases all over the country. 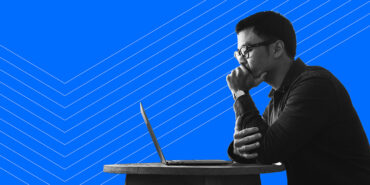