At a Glance
Wyoming 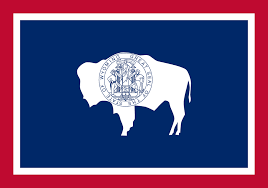 Wyoming is the United States’ least populous state. Home to Yellowstone, the first national park, and a plethora of beautiful outdoor activities, it is known as the “Equality State” for being the first in the nation to allow women the right to vote.

In recent years, the state’s primary industries of tourism, coal, and gas have faced a significant downturn. In 2018, Wyoming had an 11.1% poverty rate.

Payday loans typically average around $500. They must be repaid in full by the borrower’s next payday, and in order to fulfill this requirement, the borrower provides the lender with a post-dated check for the loan amount plus a financing fee, which is automatically cashed at the end of the loan term.

The payday lending industry is mainly regulated by states, and in Wyoming, payday loans are legal. According to a 2013 report by the Center for Responsible Lending, there were about 87 payday lending stores in the state at that time. Each store lent out about 3,541 loans (on average) for nearly $108 million and almost $11 million in fees. The average amount taken out for a payday loan in Wyoming is about $350.

How to Report a Lender in Wyoming

The Wyoming Division of Banking is responsible for licensing and regulating lenders in the state, and utilizes the the Nationwide Multistate Licensing System to make sure the public has access to check if a lender is licensed to operate in Wyoming.

Check back soon for these loan guides to the following cities in Wyoming: